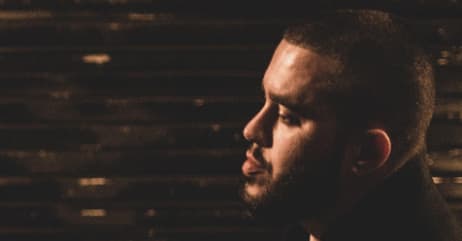 The end of the year gets most people in a reflective mood, and Your Old Droog is no different. The New York City rapper has had a strong 365 days thanks to the release of his album Dump YOD: Krutoy Edition, but goes back even further on “Please Listen To My Jew Tape,” released as Droog continues his celebration of Chanukah.

“Tape” recounts the struggle of trying to make it as a rapper with buzz, weighing label interest with the desire to control one’s own destiny. Droog rhymes about rapping to just about anyone including fugazi label executives who urge him to replicate the strategies of the then just-emerging Tyler, the Creator, and A$AP Rocky. It’s not easy to see the train leave the station, especially if you could have bought a ticket. “Watched their success to remind me,” he raps, “seen them living good when I was living grimy.” But Droog persists on his own terms, and the song ends with him discovering kindred spirits in Tha God Fahim and Mach-Hommy. Happy ending? Not quite. Recall the song’s opening line: “Days of trying to get on, remember that shit? I’m still trying on, you dumb bitch.”