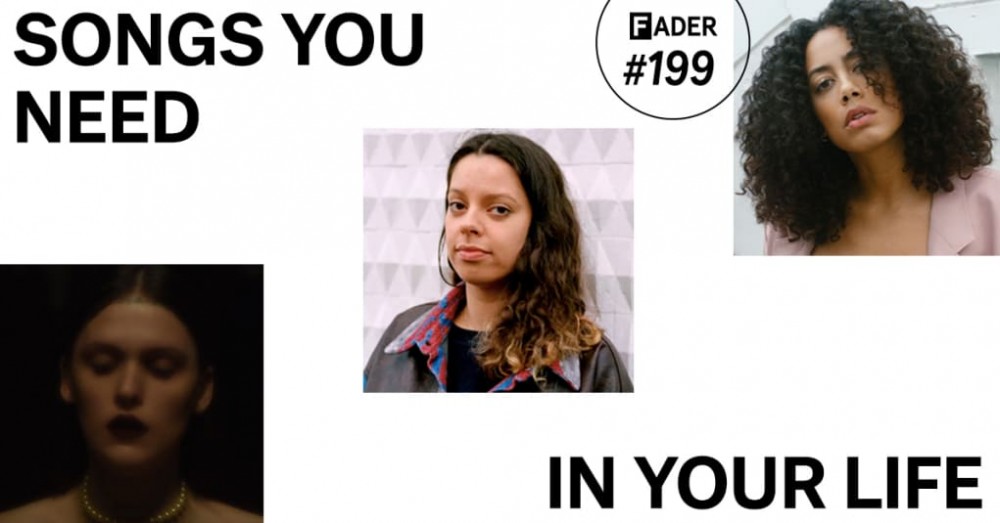 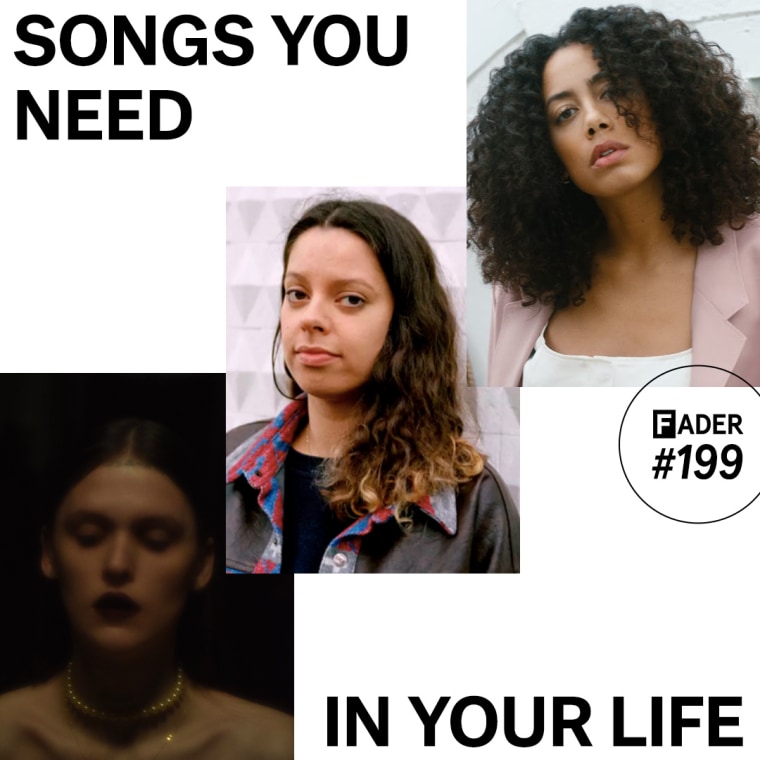 Enigmatic South London singer Tirzah’s first single since her devastating debut Devotion is a slightly uncomfortable listen. Her voice hovers uncannily over a looping, hypnotic guitar line and a bare-bones drum track built from only hi-hat and kick. There’s no resolution in her lyrics: ”Send me some more / Better let it heal,” she repeats, almost mumbling, until a corrosive guitar snaps in for the last few seconds, consuming the mix. It’ll be fascinating to see where she goes from here. — ARR

On his debut full-length Blue Summer, London-via-Stockholm producer Woesum’s glacial production ties together vocals from an impressive range of friends and collaborators including Yung Lean, Bladee and Thaiboy Digital. “Empty Lighting” fuses twinkling keys with Oklou’s high-stake pop sensibilities, netting something that forebodes as much as it allures. — SM

DJ-Kicks made a great choice selecting Jayda G to helm the latest installment of their mix series. The Grammy-nominated Canadian producer knows the ins and outs of disco and house music and delivers a masterful, stripped down thumper. Don’t bother with the reduced runtime edit — stick with the full six-minute song for full immersion. — JD

The background bliss of Berlin-based songwriter Jonathan J’s debut album as John Moods, charmingly titled The Essential John Moods, has given way to a more structured ‘80s pop feel on his latest EP, So Sweet. “Talk To Me” might be the best of the lot, with its faithfully reworked early-Springsteen guitars and studied falsetto. The video is silly and amusing and well worth a watch for kicks, but So Sweet — set to be followed by So Nice later in the summer to complete the full-length — seems like it’ll have genuine staying power. — ARR

Former Pinegrove member Nick Levine will release their debut solo LP as Jodi, Blue Heron, later this summer. Listen closely and you can almost hear the cicadas on the first single, a gently revelation titled “Go Slowly” born out of an affecting drive. Where they end up isn’t so much a destination, but rather a commitment to intention (and pedal steel). — SM

Not every chunk of lo-fi pop pushed onto Bandcamp should be classed as “bedroom pop,” but Hurt Is Boring, Hannah Judge’s debut EP as fanclubwallet, really does qualify — she wrote and recorded the project from her childhood bedroom in Ottowa during a 10-month Crohn’s Disease flare-up. Despite the drudgery and discomfort that comes with being bedridden for almost a year, “C’mon Be Cool,” her latest single, is fun, three minutes of fizzy pop melodies and wound-tight guitars and even some playful shouting towards the end. She’s worth looking out for in a crowded corner of the internet. — ARR

Chrystia Cabral says that she chose “Little Deer” to be the first single from her latest album The Turning Wheel because it best captured the record’s “strong impression of theater.” There’s drama here for sure — lavish strings, little percussive flourishes, so many careful embellishments that you barely even notice there’s a harp in there — but “Little Deer” doesn’t have any of the navel-gazey self-seriousness that the word “theatre” too often conveys. It’s complex but welcoming, an invitation to a new world a little more interesting than this one — a world in which lyrics like “ You’re dancing with reality my friend / Moonlight on the secret face” make perfect sense. — ARR

The first few moments of Ethel Cain’s newest single are just as gorgeously murky as everything we’ve heard thus far from her forthcoming project Inbred. But once she launches into that chorus — carnal and electrifying — it becomes bracingly evident that the rising Florida artist has no desire to cater to your expectations. — SM

Memoryland, the new stylish, sincere, and irrepressibly fun new album from Montreal producer CFCF, is experimental rave music transmitted from one of the constellations on the Playstation 2 bootup screen. Some of the project’s most striking moments are its rock mutations (“suburbilude,” “Model Castings” with No Joy) but the colorful emotional journey of the techno-minded “Night/Day/Work/Home” has an unrivalled stickiness. — JD

In 2021, Wu-Lu has been treating his guitars like weapons. After the full-bore snarl of “South,” The London artist turns things down to a relative simmer for the noise-rocking new single “Times,” a blistering cut of existential dread. — JD