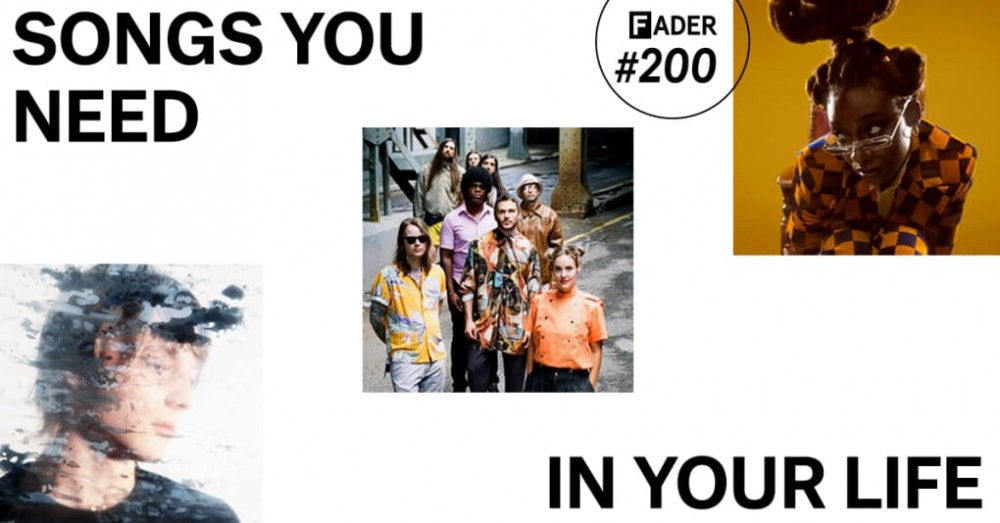 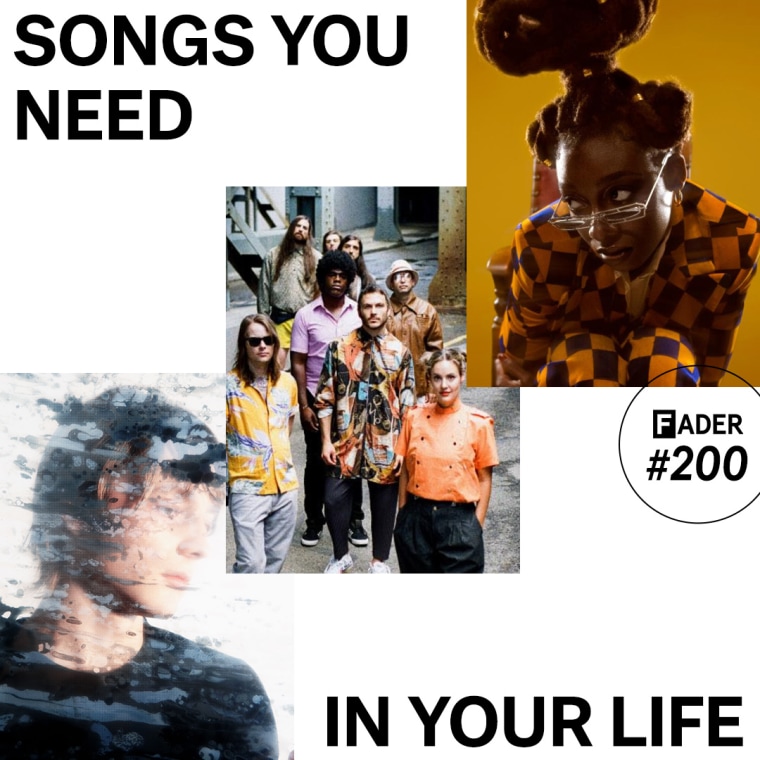 ULTRAPOP, the new album from The Armed, is a Rosemary’s Baby of Depeche Mode-esque synth pop, shoegaze, and death metal. The fangs barely retract for a moment across the project’s 12 tracks, with the intensity peaking right at the middle on “BIG SHELL,” track number six. The track begins with regal electronics and distorted vocals screaming with intensity of a star in Alice Glass’s orbit going supernova. A pure mass of noise follows, swelling and threatening to crush anyone foolish enough to stand in front of where it’s going. — JD

The first single off Little Simz’s new LP Sometimes I Might Be Introvert isn’t just a song, it’s a whole state of the union. Dodging between ornate trumpet flares and gospel choirs, it’s a maximalist endeavor in the way that hoisting any unbearable weight off your chest has to be. — SM

“State Lines” was my favorite song from Jeff Rosenstock’s mammoth 2020 LP NO DREAM, so I’m a little biased in picking “Horn Line” as the standout from the fun-as-hell and only kinda tongue-in-cheek ska remake of the record he released last week. But also: the sun is coming out, the melodies would carry this chorus in any format, and the way the drums follow Rosenstock’s voice when he shouts “CAN I TAKE A PIECE OF YOU” the first time is awesome with some big echo. — ARR

Pop tinkerer Instupendo likens his newest offering, the first from his debut full-length Love Power A-to-Z, to “opening my eyes underwater to look at something. This thing is the same above water as below, but in this moment, it appears so funny and warped.” That very opacity is what keeps you coming back for more — hold “Idol” up to the light and hear something new each time. — SM

Upon first listen, “Christina’s World,” which will close out Madeline Johnston’s debut LP as Midwife, sounds noticeably airier than the “heaven metal” that characterized her last project, Forever (which had one of our favorite songs of last year, “S.W.I.M.”). It’s no less captivating, though, as it swings like a pendulum toward a better tomorrow. Wyeth would be pleased.— SM

Experimental J-rock musician Haru Nemuri’s latest single dropped in March, but I haven’t heard anything else quite like it all year. A haunting series of brassy notes precedes the sound of a cassette falling into place before Nemuri’s vocals take flight over gorgeous acapella melodies and buzzy electric programming. The tension builds like a slowly tightening guitar string, and then everything explodes into a maelstrom of metal moshing, complete with some of the most brutal growls I’ve heard in recent memory. — JD

In our premiere of Satomimagae’s Hanazono I wrote that “Houkou” reminded me of Grouper. The mix is so quiet, the guitar and vocals so delicate but close to the front, that the slightest disturbance in the background (a phone buzzing or a microwave beeping or another human knocking on the door) would sound like a cataclysm. — ARR

Nobody else is making music quite like Daniel Bachman right now. That’s likely been true since he released his debut, Grey-Black-Green, a decade ago — who else had studied Robbie Basho and John Fahey and the other masters of the crudely named American Primitive movement so closely? — but what’s fascinating about “Blues In The Anthropocene” is how little it sounds like anything else from any era. Bachman is a virtuosic guitarist and the allusions to Takoma Records’ heyday are of course still thick, but the combination of field recordings and ephemeral audio (that’s feedback from Virginia governor Ralph Northam decaying at the end) make for something much stranger than before. It’s the second single from his forthcoming album Axacan, which is already shaping up to be one of the year’s best. — ARR

Though she was introduced to the world at large on the Fleet Foxes song “Waist-High Water,” 20-year-old singer Uwade captivates on her new solo song. “The Man Who Sees Tomorrow” is indie rock written in the simmering fog of grief where deep, soul-rending cries and the disorienting sense of displacement leave a kind of scorched-earth energy behind. Uwade strums and plucks her electric guitar with tenderness, pouring out her feelings for her departed father and recounting how his time alive left her with reasons to keep honouring his memory with her own life. — JD

We’re now four songs into the rollout for Iceage’s fifth album, Seek Shelter, and every song so far has been terrifyingly good. “Gold City” is swaggering and apocalyptic, Britpop on scorched earth, only a gospel choir short of full rapture. This album is going to rule. — ARR