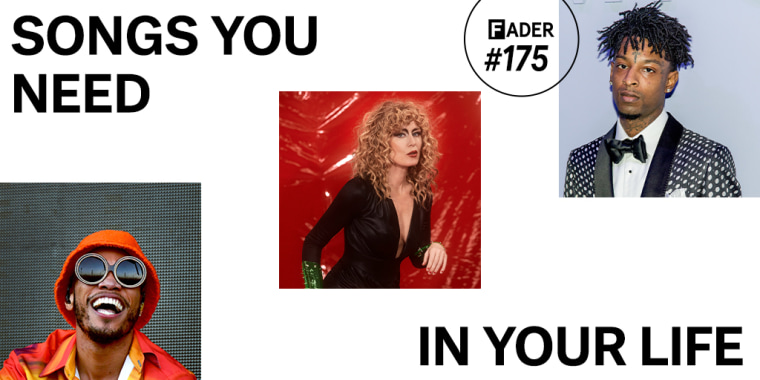 “Said N Done” is a photo negative of Savage Mode II opener “Runnin” (another album highlight). Both are built around a pitched-up soul sample, but on “Said” Savage puts his understated (and underrated) softer side at the forefront around the flexing and threats.

A gruesome, classic storytelling rap from a master and one of his heirs apparent.

Off The Meds are one of the most exciting new bands right now. I’m still banging their terminally chill debut single “Karlaplan,” but my playlist is gonna have to make room for the propulsive techno blast that is “Wena.”

The funk is heavy and joyful in Paak’s new single, produced by Timbaland. A sense of humor runs through the track, from the cartoony vocals to Paak’s cheeky allusion to boring interview questions. We could all use a smile.

New York singer-songwriter Bartees Strange has turned in one of the few genuinely essential albums of the year in Live Forever, one that is its own bold reimagination of indie rock. Seriously, he deserves Mac DeMarco-level popularity, so listen to “Ghostly,” then cop the album.

The death of Eddie Van Halen this week has me feeling a deeper-than-usual appreciation of a good shred of the guitar. Touareg musician Mdou Moctar offers licks upon licks on his new song “Chismiten,” a slightly psychedelic track streaked with summer hues.

Helena Deland is here to make all your dream pop fantasies come true.

Electronic producer Ryan Hemsworth debuted a new project this week. Quarter Life Crisis is a series of collaborations with different artists, and Frances Quinlan is the vocalist behind the first track. “Postcard From Spain” falls somewhere between Imogen Heap and Death Cab For Cutie without sounding at all precious or derivative. If you’re putting together a soundtrack for a quirky indie romance film, take note!