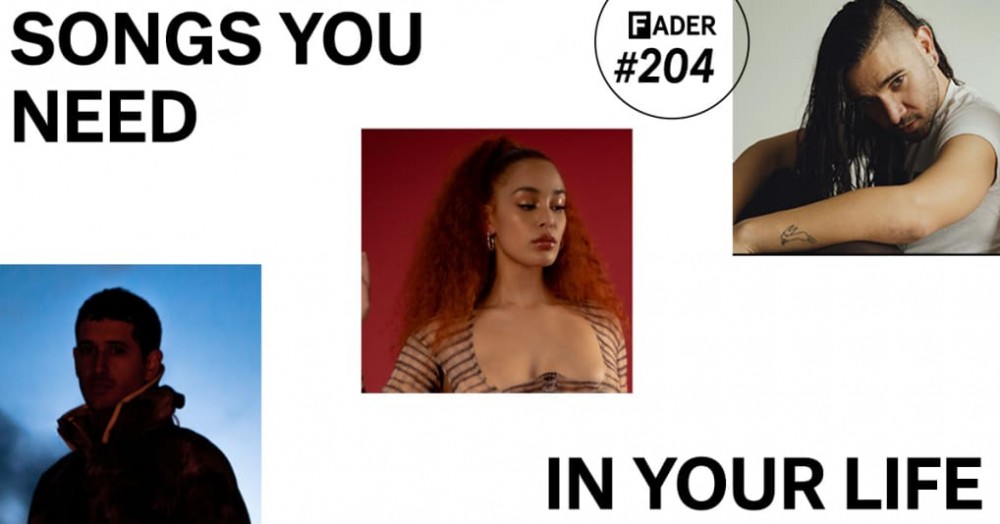 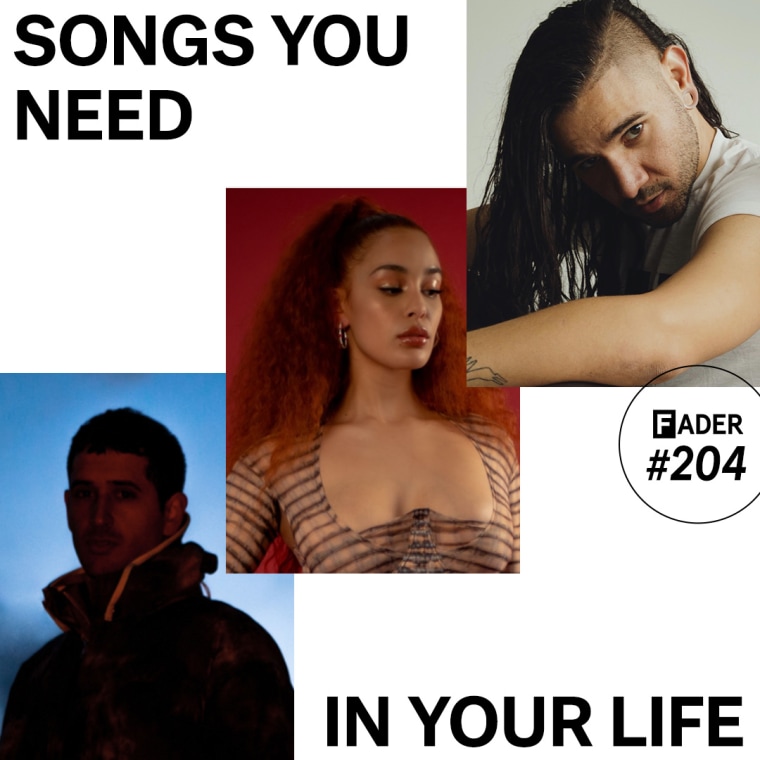 London artist Dark0 builds songs that feel simultaneously anthemic and skeletal, echoing wisps of songs gone by that have since tangled themselves into tight euphoric knots. The second single from his forthcoming record Eternity (out June 4 via YEAR0001) operates in this meticulous confluence. — SM

True Sky, the full-length collaboration from the two New York artists (SOLO is the lead rapper and Blue the producer), is a progressive synchronization of their creative powers. The restlessness is embodied in the highlight “Wound Cries.” The beat sounds like swimming in a sunset, all purple filters and pink chords, a blissful setting for SOLO’s deeply personal and jazzy lyricism. — JD

Experimental percussionist Eli Keszler’s new album Icons, his first for LuckyMe, was written and recorded over the past year, when much of the world shut down and Keszler was forced to stay in one place — Manhattan — for the longest time in a decade. True to that, “The Accident” is a gelatinous, haunted jazz track, perfectly conveying an uncanny, constantly shifting feeling of dread. — SD

If there’s anything Jorja Smith does best, it’s pair her cool, jazzy vocal style with dark, moody production. On the slow-grooving, reggae-tinged “Bussdown,” she teams up with UK rapper Shaybo to flex their successes while still asking the questions that matter. “If I go broke today, will you stay or leave?” Shaybo ponders on her verse. —SE

The opening track from Angel Marcloid’s latest album could be the theme from a long-lost cyberpunk ‘80s teen romance film. Despite the blackballed titled, “Shitting Into Gaia’s Heart” creates an exhilarating atmosphere: chandelier-lit synths compete with growling black metal elements, and in middle we get a guitar solo that can only be described as “tubular.” — JD

Described by London-based vocalist Millett as being about “the tiresome reality of being Black in an unequal white western world,” “Running” ruminates on a world where ‘Suffering’ is sexualised, fantasised’ and freedom is a pipedream. Millett sounds exhausted with the whole ordeal, though her soulful vocal is never anything less than magnetic. Grime MC Ghetts, meanwhile, continues a fantastic 2021 by popping up with a typically spiky and energetic guest verse. —DR

“My Sway” is a frenetic highlight of Not Waving’s excellent new record How To Leave Your Body, troubling the album’s elegiac palette with clattering drums and a yearning pop vocal from HTRK’s Jonnine Standish. It’s a flushed, physical counterweight to the rest of the album’s thoughtful meditation. — SD

When Reggae legend U-Roy passed away back in February, he left behind a deep catalog featuring the earliest iterations of rap, and an upcoming album, Solid Gold U-Roy out on July 16, featuring Shaggy, Ziggy Marley and Santigold, who appears on the posthumous project’s lead single. The track’s slow, rock steady groove paired with both artist’s laid back delivery make for a new reggae classic in the making. —SE

The lead single from Alex Peterson’s forthcoming Polyvinyl debut ALEXALONEWORLD ekes out a sense of tremendousness through the plodding necessities of survival. It’s a journey best traveled through the whimsical, pixelated visual which was designed by Alex alongside Simon Cassar and Karolina Asadova on RPG Maker. — SM