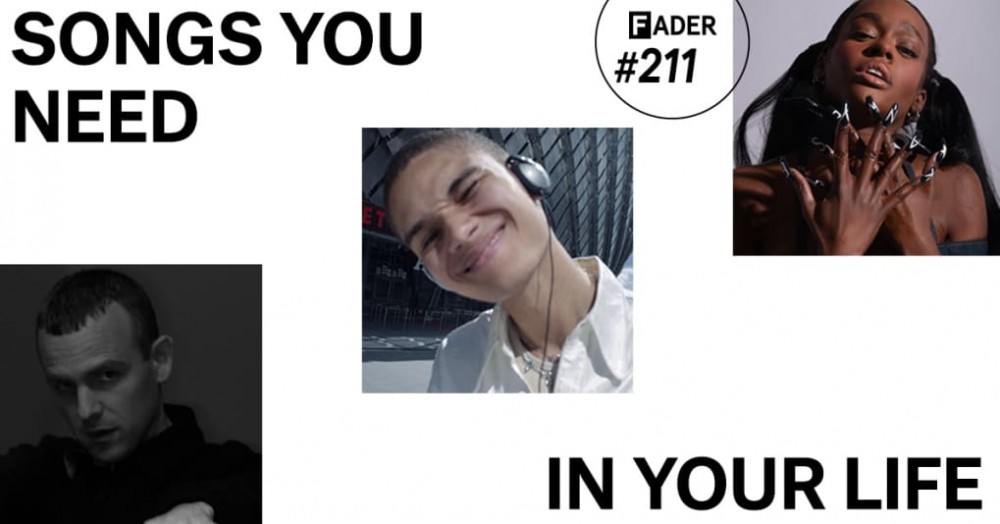 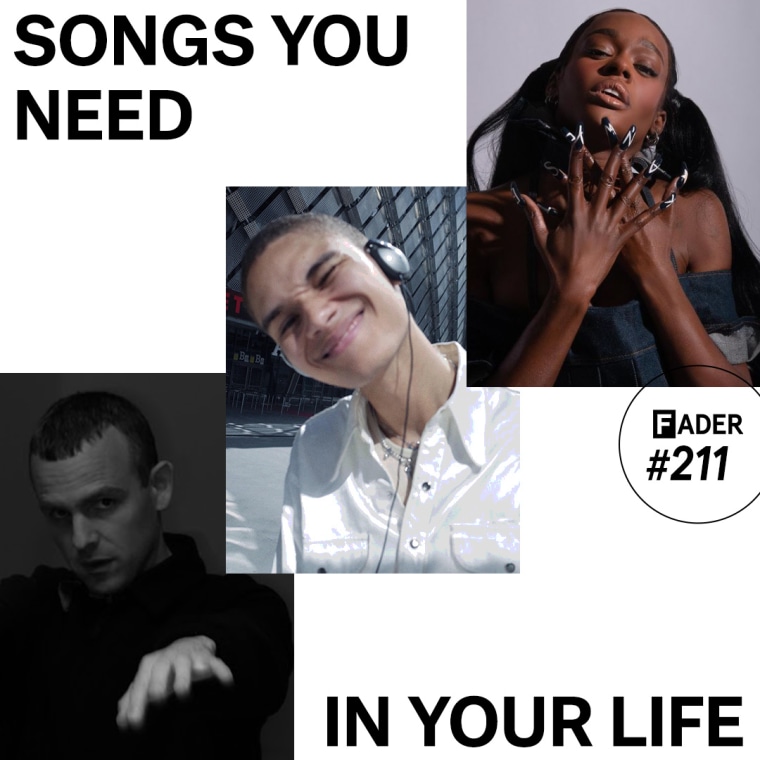 Put Oli XL and Instupendo on the same track, and the results are about as wondrous as you’d probably expect. “Ribbon Bone [Silk Chaser]” is the perfect meeting of acid and alkaline, both producers’ tinkering inclinations tempered by the sweetness of call-and-response between Instupendo’s bedroom pop hook and Oli’s soft-spoken android inquisitions. — SM

Heartfelt without being preachy, this jazzy, smoothed-out record deals with struggle and resilience through the eyes of the U.K.-based artist’s younger self. An uplifting groove that finds the rapper, singer and producer gliding over twinkling keys and a booming trumpet, it works up to an infectious hook that will probably be stuck in your head for days.— SE

Amen Dunes’ first release for Sub Pop welds Damon McMahon’s anxious prophesying to the oxygenated rush of Balearic chillout music before breaking into a clanging tech-house outro. The result is a little inscrutable — but it feels so, so good. — SD

Azealia Banks is back, again, and this time she’s taking a chamelionic crawl into the world of electroclash, backed by swelling production from Galcher Lustwerk. Yeah, “Fuck Him All Night” is about getting filthy with it, but it’s also about reclaiming your agency, twisting the role of the icon and staying vehemently loud, in spite of the powers that be. If you’re still mad at Banks for something, I guess I can understand — but the rest of us are having a lot more fun. — SM

A song seemingly built to be blasted on the massive speaker truck from Mad Max: Fury Road, “Clash” is dancehall built to brutalize. As it likely intended, the song heralds a relentless return from an underground legend. — JD

Copenhagen duo Evil House Party dub their music “EDM” with the E standing for evil. There’s certainly a malevolent creep to the verses of “Head Held High” but Emma Acs and Jacon Formann know how to build to a euphoric drop, too. Any rush of emotion found here is soon proven to be bittersweet, however, with Acs watching as life speeds by her like fields on a train journey out of the city. A lament and a revival,”Head Held High” is taken from Evil House Party’s upcoming EP Grand Theft Audio, due September 24 via Third Coming Records. —DR

“Guided By Angels” is a strung-out masterpiece, Amyl and the Sniffers’ high-camp sharpy revival aesthetics and the dazed, nonsensical language of wellness culture colliding at high speed. “ENERGY! GOOD ENERGY! AND BAD ENERGY! I’VE GOT PLENTY OF ENERGY!” lead singer Amy Taylor screams, exorcising some kind of demon in the process. — SD

It is difficult not to root for Vince Staples, an artist as wholly unconcerned with receiving his flowers as he is capable of creating music deserving of them. On “Are You With That?”, Staples delivers threats of violence and recollections of past trauma in a sweet, almost lullaby-esque croon, revealing new wrinkles in his artistry and making the most of an adventurous instrumental from Kenny Beats. In an era of street-sweeping rappers, Staples is a targeted missile strike.— JD

Proving that England footballer Jack Grealish isn’t the only folk hero to emerge from the city of Birmingham in the past few years, rapper Jaykae and Jorja Smith team up for this future Midlands classic. Jaykae skips effortlessly across “1000 Nights” old school garage beat while Smith continues to show that she thrives on features that up the tempo of her more downbeat solo material. The pair make a potent combo and prove, as Smith puts it on the track, “two js are better than one j.” —DR

L.A.-based producer Mosley has been crafting bouncy, neo-soul jams for years, sharing his project Ro’s Colored Glasses last week. “Stained,” one of the project’s standouts, pairs soulful production with singer Lorine Chia’s honeyed rasp for a slow-grooving cut about the kinds of life choices that change everything.— SE