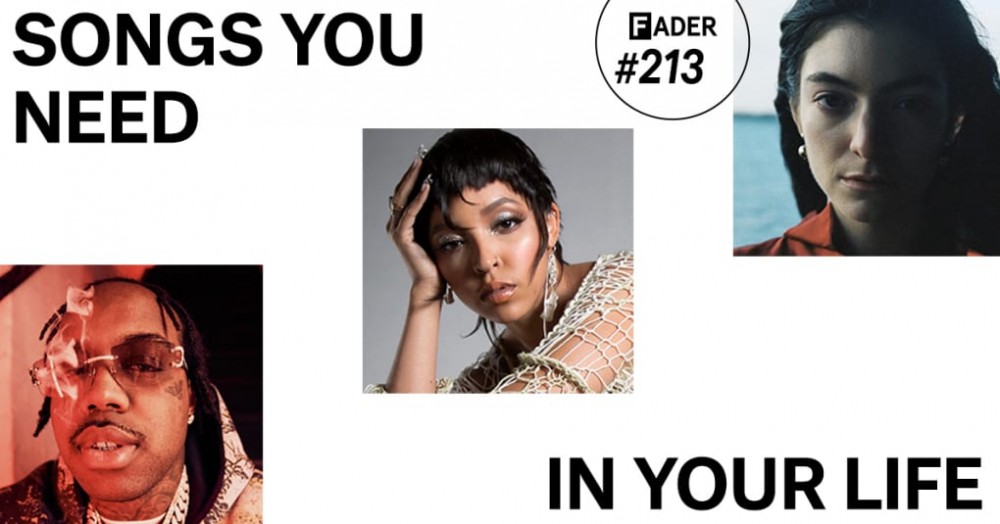 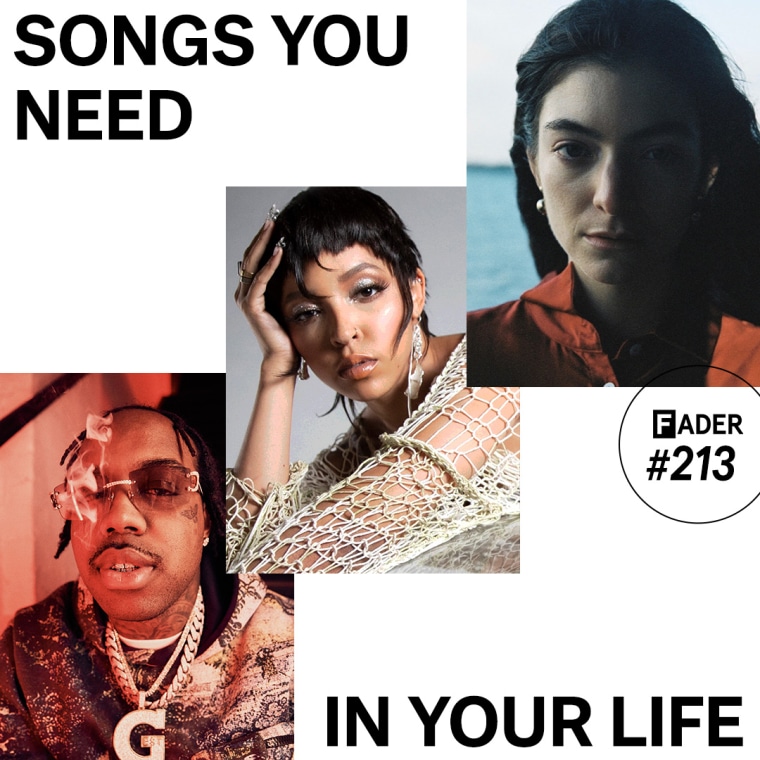 If Lorde’s sophomore record Melodrama relished in the feeling of being young and beautiful, in spite of overwhelming heartbreak, “Stoned At The Nail Salon”, from next month’s Solar Power, takes an inverted approach, luxuriating in the contentment that comes with getting older. Emotionally and sonically of a piece with Lana Del Rey’s “Wild At Heart”, another recent Jack Antonoff production, it’s a mature and endearingly low-key piece. — SD

On 2018’s full-length Insula, Proc Fiskal brought a Richard D. James sensibility to the patches, samples, and VSTs commonly used in grime production. “Leith Tornn Carnal” isn’t as immediately referential but retains the joy — the chorus of pixie-fied scatting dances like traces of light from a sparkler, while converging into one new and exciting voice from the Scottish producer. — JD

Sitcom — the project of New York-based artist Jake Lazovick — sounds like he’s down and out on the set of a nineties sitcom on the bonkers first single from his sophomore album Smoothie, even tossing in a little Bell Biv Devoe moment toward the end for good measure. File under music to break the fourth wall to. — SM

Afrobeats and soca collide on the Trinidad and Tobago-based artist’s sexy new single, the official follow-up to his collaboration with soca icon Machel Montano. Set to appear on his upcoming, genre-bending EP Love Trip, the dance floor-ready jam feels like the perfect place to start.— SE

While the world waits on Atlanta season 3, Donald Glover returns to his Childish Gambino moniker to deliver a remix of Brittany Howard’s “Stay High.” The updated version of Howard’s track is rich with handclaps and falsetto vocals as Glover channels his inner Pharrel to deliver a sugary sweet love song. “Stay High” will appear on Howard’s Jaime Reimagined, due September 20. — DR

KeiyaA pulls from dub, footwork, and new-age for this bright, enveloping Nilüfer Yanya remix. Keeping the song’s vocal intact but divorcing it from all vestiges of its indie rock past, KeiyaA’s version reveals surprising new sides to Yanya’s songwriting. — SD

Enrgy remixes a classic Mannie Fresh beat made iconic by Juvenile and Lil Wayne, the perfect background for EST Gee to display his ambition. The hunger Gee displays on the song is contagious and forces each rapper to elevate the song beyond your average cobbled-together posse cut into something that crackles. — JD

The second track off Tinashe’s new record 333 is an aerodynamic distillation of what she does best: keeping her listeners absolutely drenched in sweat and making it all look and sound effortless. If you can manage to sit still and not throw ass while listening to “Bouncin,” I commend you, but I’m also deeply concerned for you. — SM

James Blake finds himself in a contemplative mood on “Say What You Will,” the first taste of his upcoming fifth studio album Friends That Break Your Heart. Over soft keys and a metronomic beat he sings about being “popular with the popular guys” and picking up “warning signs” along the way. Vulnerable as ever, Blake comes off like a veteran casting his mind back decades and not, say, to the dubstep era and studio sessions with Travis Scott. The world weariness may be a tad premature but Blake carries it well, locking into fragile melodies and bold compositional swings with ease. I guess that’s experience for you. — DR