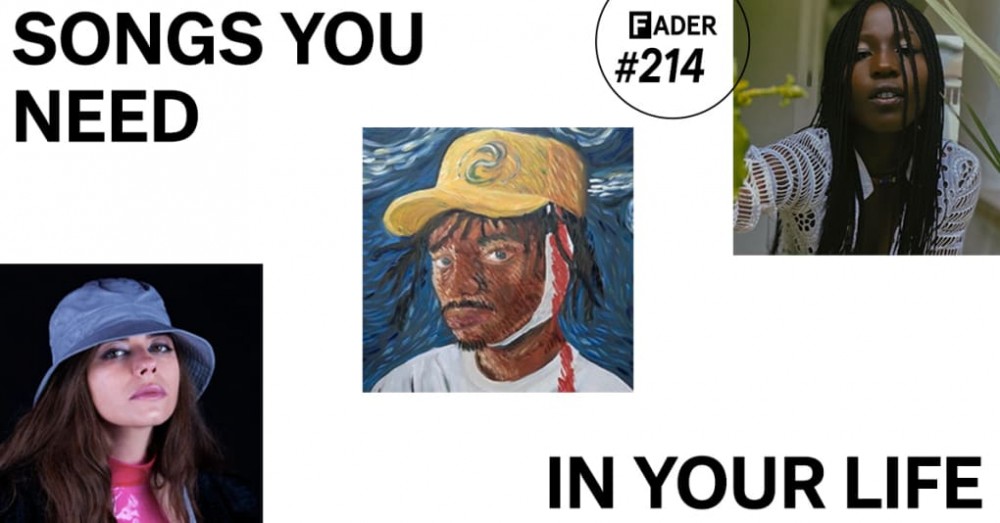 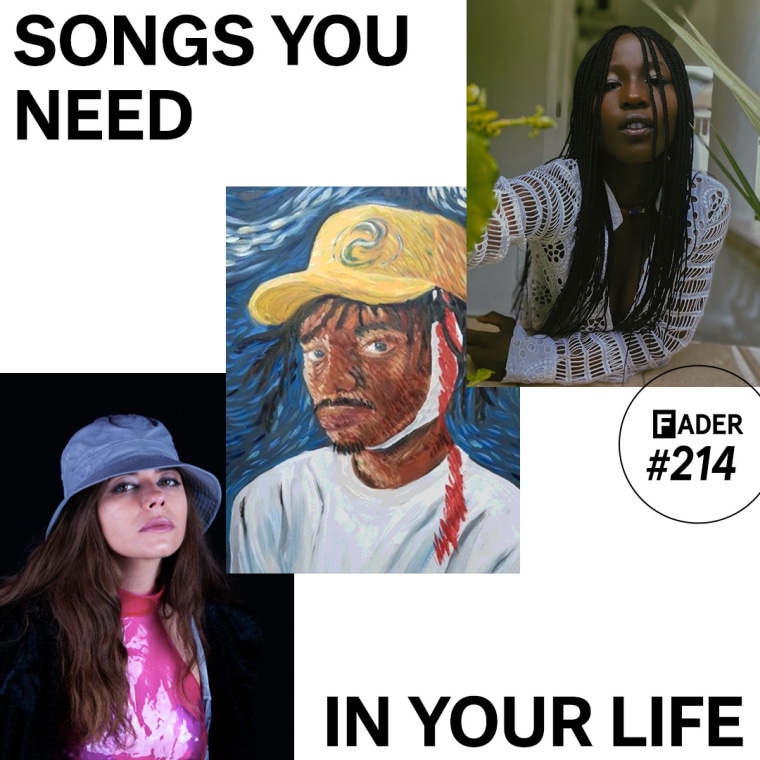 “Wake Up” might clock in at under two minutes but Hawa uses her time wisely. The 21-year-old Berlin-born artist slides across a beat that’s equal parts dancehall rhythm and Neptunes-esque hooks and musical flourishes. Using that as her jumping off point, Hawa flits from yearning to frustration as she works out her emotions in real time. The tightness of the music compliments the loose vocals, creating a space for a messy situation to sound simple. —DR

Bruiser Brigade’s Zelooperz has steadily been gaining some long-deserved recognition for his Ren and Stimpy-styled flows and adventurous beat selection. Zelooperz turns these qualities up to 11 on his new full-length Van Goghs Left Ear and finds a like-mind in Rx Nephew for their collaboration “Paranormal Snaptivity.” Producer Carlo Anthony, a star of new-gen Detroit beat makers, gives the rappers an ominous yet triumphant beat for their sugar-spiked punchlines and hilarious comparisons (“I’m Dwayne Johnson when he played in Doom” raps Rx Nephew, sounding loose but convincing enough for me to want to check out that movie again) — JD

Later this summer, Ross From Friends’ Scarlet Tiger imprint will release a new EP from Giulia Tess titled 200417. Composed in a burst of energy after returning to London from a summer spent in her native Italy, there’s a definite sense of renewed energy that reverberates throughout its title track; a seductive tonic of paradisiacal Mediterranean dream house cut with sharp-eyed intention. — SM

Mount Kimbie’s Love What Survives has endured over the past four years as a piece of immersive, spellbinding record: adding a raw, hand-made edge to the duo’s sound, it still stands as a near-perfect fusion of post-punk and electronic music. It’s a joy, then, to hear “Black Stone” and “Blue Water”, two offcuts from those sessions. With its motorik groove and inquisitive, gelatinous synthwork, “Black Stone” could slide neatly in anywhere on Love What Survives. — SD

There’s possibly nothing as dramatic as someone being willing to “break out of heaven” to find another, and on the soulful “Dreams,” singer-songwriter Elijah Blake does just that, twisting his signature falsetto over a breezy, guitar-lead elastic bassline. “ Baby we should live cause everyone dies / You an angel here so you qualified / But if heaven’s there then where’s paradise?” Blake wonders on the track. With a laid-back verse from Trinidad James, it plays out like a groove-laden, long summer’s drive.— SE

U.K. rapper Dave’s new album We’re All Alone In This Together is densely layered and rich in wordplay, making it ideal to chew on over the coming months. “System,” however, is its most accessible moment and a surefire moment for your next big function. Any song with a WizKid hook is going to light up the dance and Dave knows this, flexing about his bank account, catching whines, and namechecking Manchester United soccer players over an addictive beat that practically demands an instant rewind. —DR

As their name implies, there’s something inherently voracious about Club Eat: the New York duo of frontperson Ren G and producer Chicken who, together, fuse goth cheerleading routines with thick and globby beats. The result is often intoxicatingly haywire, such as on their newest thumper, “Sticky,” which insists upon transforming graphic fantasies into tactile reality. Life’s short, get sticky. — SM

Always adept at weaving clever word play about hard times and big feelings with feel-good, bright production, DijahSB’s single is as infectious as it is uplifting. Striking the perfect balance between brutal honesty and playful one-liners, it’s a bouncy summer-ready jam all wrapped in the message to keep moving forward.— SE

Listening to Liz Harris’s music is like looking through a window, smeared with salt spray and cobwebs. But before the intimacy can feel voyeuristic, Harris somehow manages to dissolve the barrier between herself and the listener. This happens almost immediately on “Unclean mind,” which opens with a burst of tape static before dropping us into Harris’s gorgeous acoustic guitar melodies. Like most Grouper songs, “Unclean mind” sounds like no one else could make while coming from a place in the heart that everyone can relate to. — JD

Although Jack Antonoff is perhaps best known as producer du jour for the world’s biggest pop stars, he’s also a solo artist in his own right, and a profoundly traditional one at that. “Secret Life” combines the kind of 70s singer-songwriter balladry he’s perfected with Lana Del Rey with his obvious love of emo, and it’s a striking combination. — SD