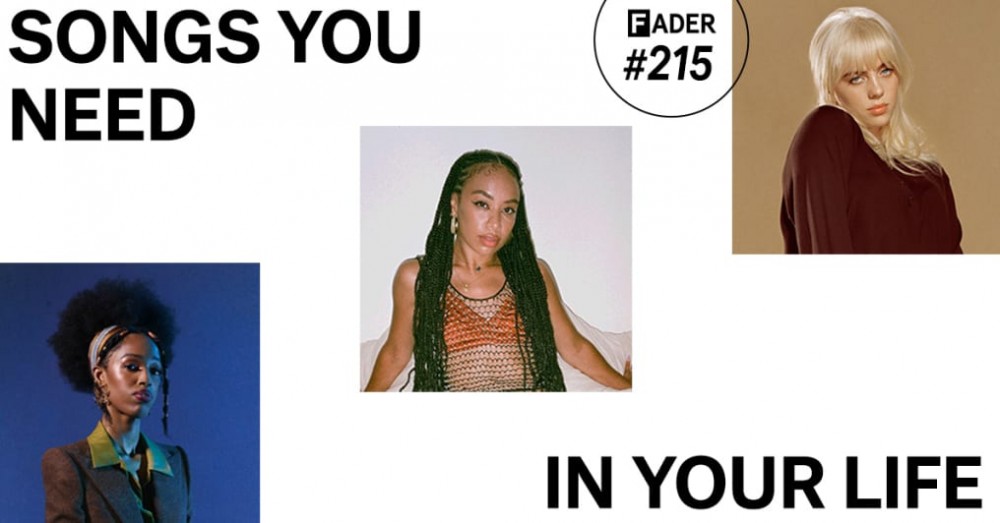 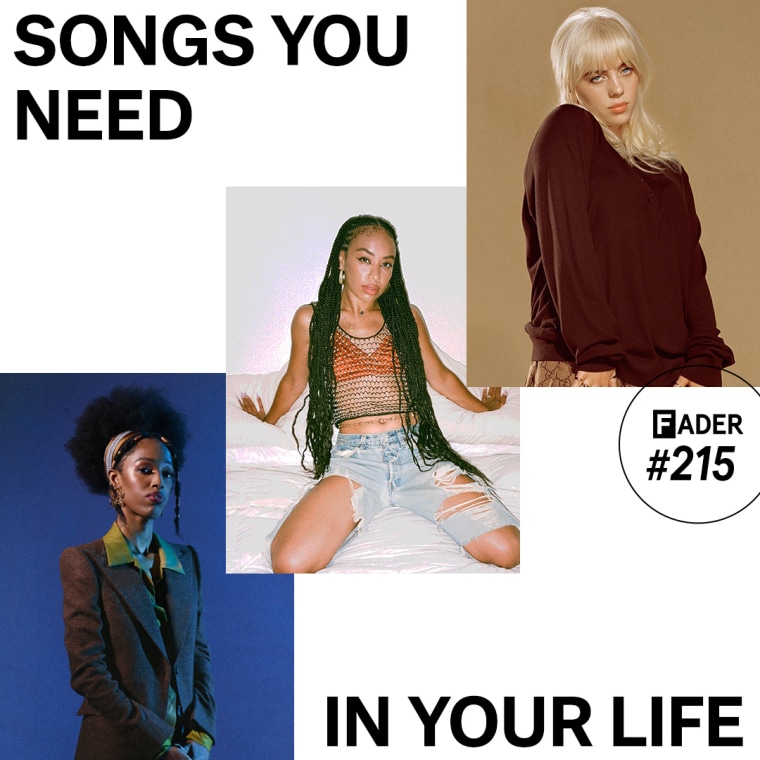 London rapper John Glacier’s debut project SHILOH: Lost For Words dropped last week and is packed full of late night murmurings from an enigmatic figure on the UK rap scene. “Boozy” is a great introduction to the mixtape and her work in general. Confessional without ever crossing fully into earnestness, the song mixes a woozy beat (courtesy of producer, and Frank Ocean collaborator, Vegyn) with Glacier’s stream of conscious-style flow, delivered as if she’s reading straight from the notes app on her phone. Bars fly by, dissipating like smoke in the night sky, but one sticks: “I’m no better, I’m just different.”— DR

It’s impossible to pick a song that fully represents GUMBO’!, the excellent new album from Pink Siifu. Across 18 tracks, the rapper luxuriates in his uncanny ability to juggle different sonics and genres — it’s no less passionate or disorienting than last year’s NEGRO but trades its white-knuckled fury for a blissful paean to Black artistry. The celebration on “Big Ole,” his collaboration with Bbymutha, rides low and slow while promising blown speakers everywhere. What else could it be but massive? — JD

The b-side to “Neon Blue” comes courtesy of Sam Gendel, the Los Angeles-based saxophonist whose 2021 compilation record Fresh Bread is, without a doubt, my most listened to record of the year — an album of magnetic sketches and experimentations that coalesces into something powerful and endlessly appealing. His take on “Neon Blue” is very much in line with the philosophy he adopted when reinterpreting jazz standards on last year’s Satin Doll: it’s wild and unexpected, far headier than the original, but entirely in-keeping with its spirit. — SD

With harmonies fluttering over soulful, ethereal production, both artists lay the ground rules for catching their eye, letting would-be pursuers know that unrequited love is off the table. Described by a l l i e as an embodiment of her own “evolving, feminine energy,” her own airy vocals paired with Andrade’s syrupy tones makes for a striking, empowering match. “Show me what you know about it / show me that you can’t go without it,” the pair coos on the track’s hook.— SE

There’s plenty of delightfully weird moments to be uncovered throughout Billie Eilish’s grandiose sophomore statement, a project that reckons with oversaturation through a satisfyingly muted lens. “Oxytocin” is the closest it offers to a banger in the traditional sense, thrashing its way toward hormonal release beneath swathes of strobe lights. — SM

PawPaw Rod likes to style himself an old school crooner with a modern twist, an Al Green for the Rap Caviar generation, if you will. “Thin Lines” is his second single following the viral breakout “Hit ‘Em Where It Hurts” and the vision is starting to come into focus. A funky synth line is Rod’s jumping off point to mix his soulful voice with pitched up rap verses and generally, as he says throughout, keeping the “vibes on 10, tapped in.” Whatever era he’s pulling from, PawPaw Rod has landed on the golden spot of an addictive earworm with this one. — DR

Aventura brought the sound of Bachata from the Dominican Republic to North American radio stations and helped set a seat at the table stateside for artists like Bad Bunny. Aventura lead singer Romeo Santos is a generous collaborator, and on the “Volví” he stands back to back with Bad Bunny as fellow panty-dropping sage, both artists spitting relentless game at an unsatisfied former flame. It’s smooth and intoxicating like a shot of fine rum. — JD

YUNGMORPHEUS and Eyedress are a match made in smoldering heaven, a space they’ll rightfully command on their forthcoming collaborative project Affable With Pointed Teeth. “Georgette’s Tea Room,” referencing the historic Miami meeting spot for Black activists, is their third joint offering: a swanky, seafoam-toned number that feels simultaneously dense and aerated, somehow. — SM

Only a month after sharing the funk-laden “HUH?” Serena Isioma toes the line between pop, soul, and indie rock on “Really, Really.” With a slick-talking, confident flow over whimsical, guitar-driven production, the Chicago-based artist looks inward for notes on love through the eyes of an alter ego named Dreamer in the song’s official video. When Isioma falls in love, it’s always in technicolor.— SE