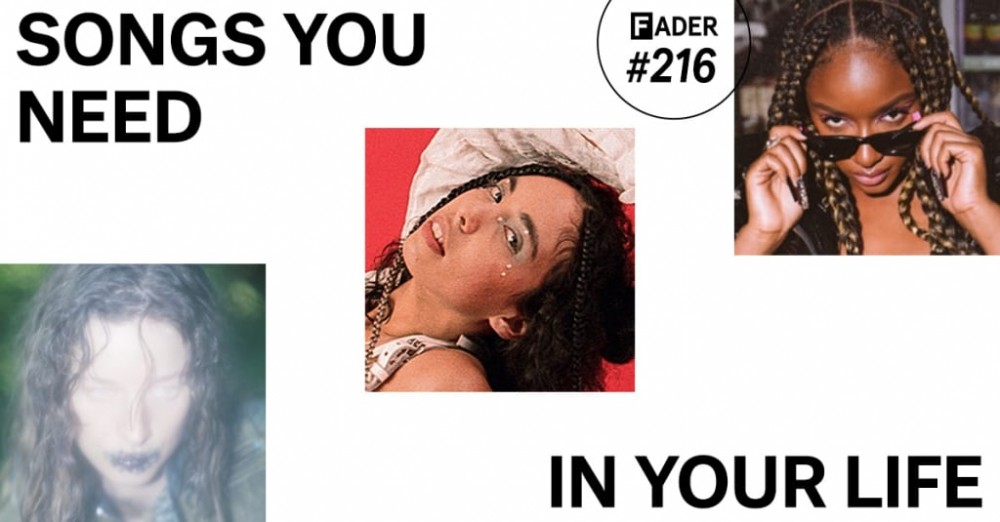 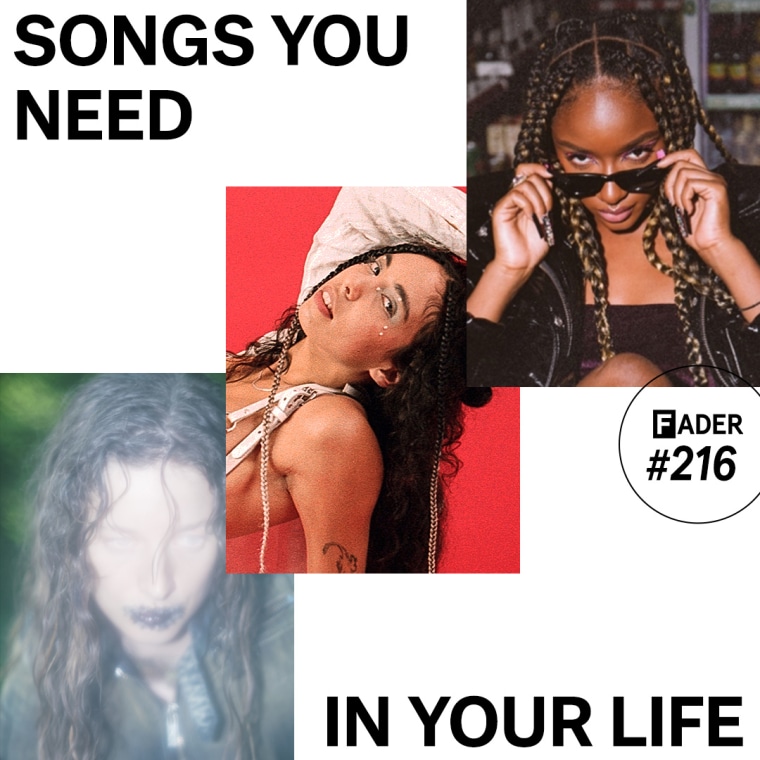 Indigo De Souza has a rangy, classic-feeling indie rock voice that makes her perfect for a song like “Real Pain”, which builds from placid balladry to a screeching peak and, finally, back to anthemic. — SD

Skiifall may just be Canada’s answer to artists like J Hus and Pa Salieu with his uncanny ability to fuse Black music from around the world into a vibrant new style of rap music. “Bagga Yute” makes clean work of this synthesis: roots reggae and classic hip-hop drops conspire to create a song with a razor’s edge to its nostalgia. — JD

With her debut EP, Antisocial, finally out, the Los Angeles native’s latest single is a bouncy and brash ode to getting whatever she wants, however she wants it. Equal parts playful and sexy, Bodhi doesn’t hold back when it comes to putting it down over funk-turned-trap production. “Swinging off the chandelier, let’s get freaky tonight / put it in my ear,” she raps on the track. — SE

“My knees hurt when I grow / And that’s a tough pill to swallow / Because I’m not getting taller.” Injury Reserve’s refusal to accept conventional wisdom — that tough experiences transmute us into better people — makes “Knees” a haunting listen, and a jazz-infused spiritual nearly entirely drained of hope and glowing with melody. Stepa J. Groggs, the Injury Reserve member who passed away tragically last year, brings a blackly comic hue to his verse as he wrestles with alcohol. “Huh, fuck it n*****, at least my dreads grew,” he sings, like he’s trying to knead the knots out of his soul. — JD

Earlier this year T-Pain went viral after he revealed the big name collaborations he had missed out on because he didn’t fully understand how Instagram DMs worked. One artist whose message did get through, however, was UK rapper AJ Tracey. Together they link-up on a lowkey summer banger filled with handclaps, Autotuned crooning, and Tracey’s laidback flexes including comparing himself to a sea anemone. Keep an eye out on the video too, boasting cameos from Headie One and Unknown T as well as the most blatant product placement this side of a Love Island episode. — DR

Having Deb Never and Jim-E Stack on the same track is the kind of collaboration that feels brilliantly inevitable. On “Sugar & Spice,” they deliver the roaring delicateness of a touch-and-go crush, tiptoeing into something sticky-sweet and undeniably kinetic. — SM

Ayra Starr is signed to Mavin Records and, like label mates Rema and Ladipoe, makes sticky, sweet afrobeats with major pop hooks. “Bloody Samaritan” is a highlight of the Nigerian artist’s debut album 19 & Dangerous, released last week. Over a bright and warm beat, Starr focuses her energy on protecting her aura, keeping the vibes high, and putting men on their knees to pray for her attention. With songs as charismatic as this she won’t need divine intervention when it comes to keeping all eyes on her. — DR

With production from FADER Uncovered host Mark Ronson, and co-writing from Q-Tip, Yebba’s introspective new single serves to further whet our appetites for her official debut album, Dawn, due sometime later this year. The dark, moody single tracks the singer-songwriter’s feelings as she navigated her mother’s death as record labels clamored around her, eager for her career to kick into gear. “Fuck the interviews to еnterprise / I’d rather look into my mother’s eyes,” she sings in her signature rasp over bass-heavy production. Her anger is palpable, and it’s clear she doesn’t plan to hold anything back on her upcoming debut.— SE

Everything great about Geoffrey O’Connor’s wonderful new duets album For As Long As I Can Remember, which features collaborations with Sarah Mary Chadwick and HTRK’s Jonnine, among others, is embodied on “Catwalk”, a duet with Mystery Guest’s Caitlyn Lesiuk. With its laconic strut, the song conjures a vague, detached form of disco, made all the more surreal by the cartoonish romance of O’Connor’s lyrics: “Oh, we were young/Young enough to hate the old/And old enough to hate the young.” — SD

Named after a centuries-old corpse that was found preserved in a Dutch bog, Danish artist Ydegirl crafts songs that are as murky as they are magnificent. On “Parody of Crime,” she approaches “the point in the pain where you become numb” with a sense of enchantment. — SM