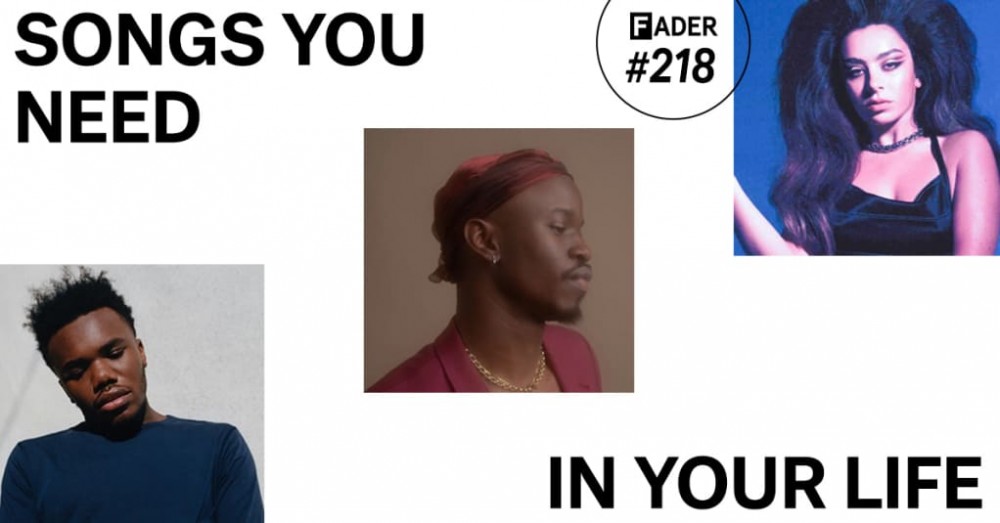 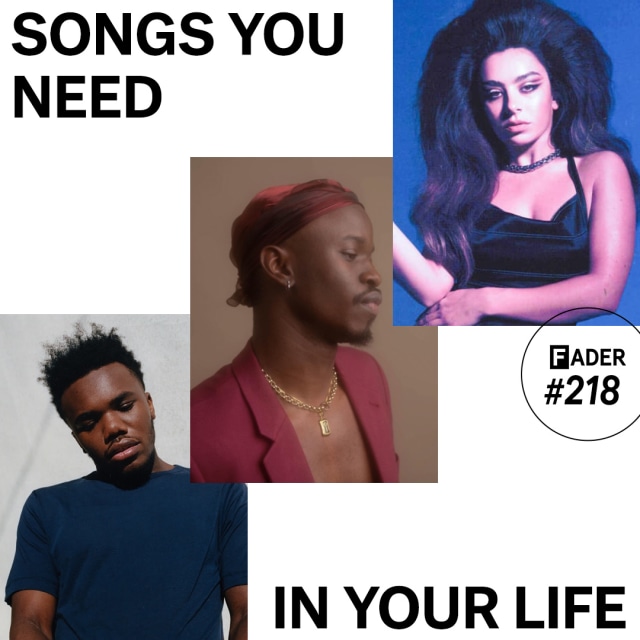 Any song that features rising Nigerian star Tems’ instantly recognizable rasp is bound to be a hit, so her addition to Mannywellz candy-sweet single was a win from the start. The standout from Washington, D.C.-based artist’s seven-track EP, Mirage, both artists make for the perfect pairing over Afrobeats-infused soul . — SE

Rosalía and Tokischa blur the lines between friendship and something more on their frantic new song “Linda.” The pair trade quickfire bars like foes exchanging gunfire in an action movie, the rapid pace never dropping for a second as they go back and forth. A song designed to get people moving, “Linda” is relentless in its mission and marks a return to the high energy Rosalía following more sombre collaborations with Billie Eilish and Travis Scott in the past year. Dominican artist Tokischa is on something of a roll, too. Prior to “Linda” she appeared alongside J Balvin on “Perra.” — DR

It’s far too easy to feel bogged down by the truly hellacious reality we’re facing, but the future? That can be as shiny and exciting as we want it to be. Optimism at this level is quite obviously a massive undertaking, but Kim Petras manages to pull it off with incisive panache on her first single since signing with Republic, “Future Starts Now.” Synth-forward and strobe-lit, it’s giving pure discotheque exhilaration. Baguettes, let me hear you make some noise. — SM

A maverick rapper in search of a truly explosive moment (while a hit, “Orange Soda” doesn’t count), Baby Keem has finally found the spark. The answer was, in hindsight, obvious: give Keem a triumphant beat and watch as he identifies its different pockets and bends his flows to fit them, treating sentences like balloon animals. His guest matches his energy; it’s all too rare that the greats allow themselves to be goofy, which is why Kendrick Lamar’s verse may be one of the most slyly dominant of his career. Whether he’s mumbling “Schmokin’ on your top five tonight” like an addled Looney Tunes character, affecting a cowpoke drawl, or yelling like a rattled nerd, he sounds every bit the Pulitzer Prize-winner (Side note: the music video is the best of the year). — JD

“Good Ones” heralds the re-emergence of Mainstream Charli, that ever-elusive figure that fans haven’t really seen in any substantial way since the release of 2015’s Sucker. The first single from Charli’s supposedly-final record for Atlantic, “Good Ones” is a vampy confection, a Weeknd-ish 80s throwback that builds to glossy, delectable pre-chorus. — SD

Known best as a songwriter for heavyweights like Beyoncé, who featured her on the Black Is King track “My Power,” and Ariana Grande, Nija’s first foray as a solo artist is a booming, drill production-backed banger that finds her asking a lover to take her stresses away. With a project on the way this fall, Nija’s award-winning pen is about to get plenty of use. — SE

The title track from Kacey Musgraves’s star-crossed sounded like a dusty old photo album being opened for the first time since the pain at the memories held within was at its peak. Her lead single “justified” indicates that Musgraves is willing to dive headfirst into these painful, messy feelings. Less a psychedelic flourish like “star-crossed,” the blissful, swirling country-pop conceals a strong ambivalence where Musgraves is alternately the victim and the instigator in the destruction of her former life. A master of unsentimental introspection, Musgraves skillfully navigates the treacherous road of the break-up ballad. — JD

“SALT” is the sort of overblown and hyperbolic rock song you can’t help but give yourself over to. “I gave up my flag’s white/ just to pretend that we’re alright,” Daine sings from the battlefield of a failing relationship, clutching onto crunchy guitar riffs and stadium-sized production for dear life. Bring Me The Horizon frontman Sykes chimes in with talk of being set alight and how his blood is filled with tears, upping the ante of a song pushing raw emotion to its limits. — DR

California wunderkind Junior Mesa recently dropped his sophomore EP Cirque Du Freak, a groove-heavy and glammed-up dance with all the devils in his mind. Midway through the project, “Risen Up” feels like a moment of levity, with its breezy ramblings on a mutating love that you still want to come home to. — SM

Donda is, all things considered, pretty dark: Marilyn Manson is on it, it’s nearly two hours long, and it seems to still be in some unfinished, or at the very least contested, state. But the highlights are as bright as anything in Kanye’s catalog, none more resplendent than “Pure Souls”, a collaboration with Roddy Ricch and Shenseea that sees Kanye waxing lyrical about fashion, Chicago, and, once again, his cousin that stole that laptop. It’s a welcome moment of respite towards the end of a long, often relentless album. — SD