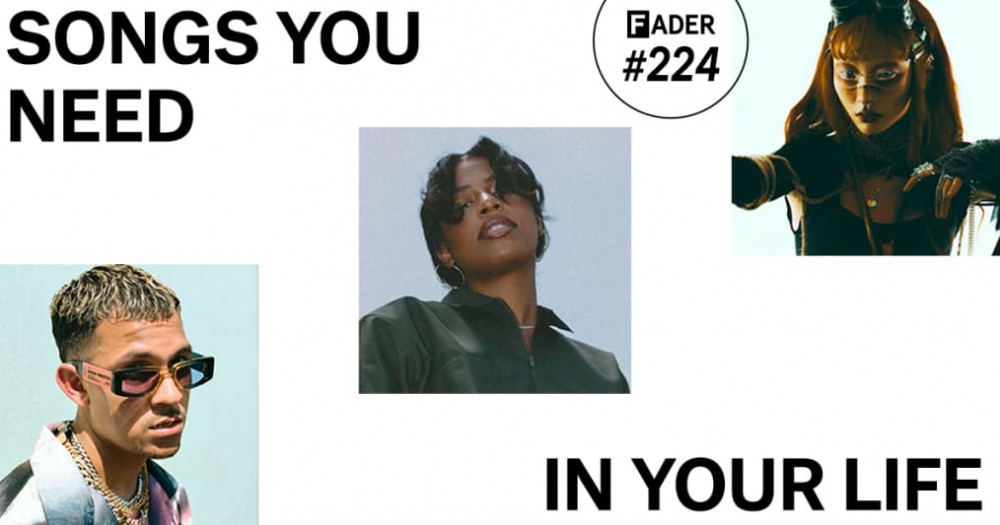 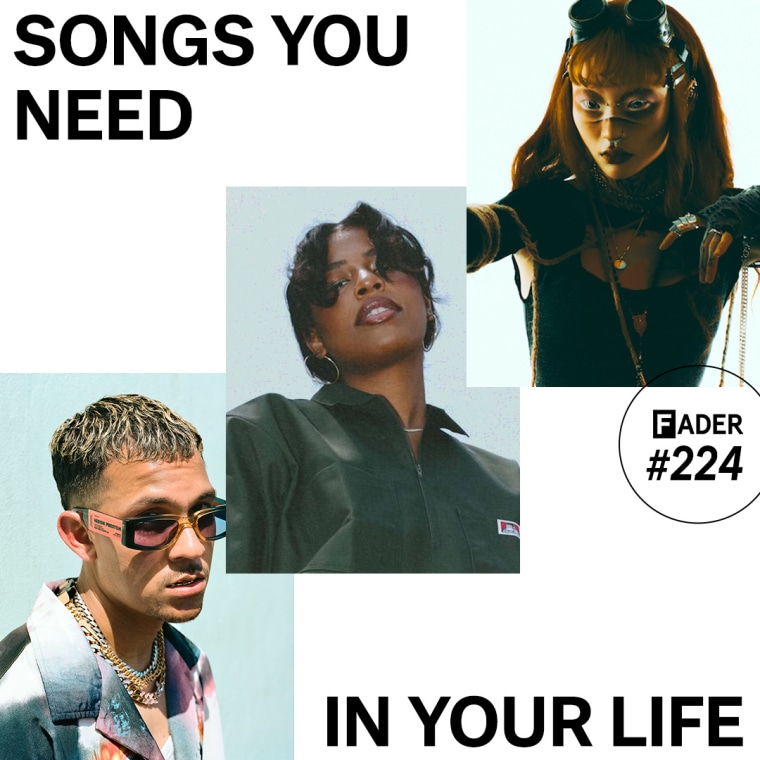 Tainy’s contributions as a producer to the reggaeton movement and its explosion in popularity cannot be understated, but it would be just as wrong to deny the sheer creative chemistry between him and his steadfast collaborator Bad Bunny. “Lo Siento BB:/“ is wrapped up in a self-conscious futurism — there’s a prismatic processing on Julieta Venegas’s siren-like introduction, and the melody’s lead notes glow and pulse like a lonely beacon from light years away. Even as Bad Bunny raps about not being able to commit, there’s never a second where his feelings aren’t manicured to pop perfection. — JD

With a forthcoming EP Heart Won’t Stop, on the way, Hawkins returns with a pulsing ode to taking just the right leap of faith in the name of affection. “Love is just a game that I’m trying to win / Ain’t nothing been the same since you let me in,” he croons over the backdrop of a passionate guitar. — SE

Cate Le Bon’s new album Pompei is knotty and ambitious, touching on societal decline and the impending threat of climate change. But that doesn’t mean it’s not fun, and “Running Back” is proof of that: building from an awkward groove into one of Le Bon’s most stylish, anthemic choruses, it’s a song for dancing as the world burns, laughing and crying at the same time. — SD

There’s a line in “Concrete,” the new song from Orion Sun, that is as moving as it is simple. “I remember waiting for you at the train stop. I put new songs on my iPod,” she sings. “I wanted to show them to you. I like what you think.” It’s in this vulnerable moment that Tiffany Majette’s personality leaps out and the pillow-soft song (produced by Rostam Batmanglij) goes from pleasantly vibey to something deeper and more intimate. Put it on a playlist for your crush today. — DR

When yeule first announced their new record Glitch Princess at the top of the year, it was with the cryptically robotic declaration “My Name Is Nat Çmiel.” Then, last month, they followed it up with a 4+ hour ambient behemoth “The Things They Did For Me Out of Love.” All of this to say, there really was no predicting which direction the London pop experimentalist would take next. Stunningly, the newest single from their album opts for ribbony acoustic pop in perpetual motion: sprinting, twirling, and cartwheeling toward self-acceptance. — SM

Hitting back at negative vibes over frenetic production gives the latest from the Houston rapper plenty of positive grounding.”I don’t like your energy, I don’t like the fake handshakes / Snake tendency, don’t let me jog your memory,” he spits on the track.— SE

Inspired by Frank Ocean and Kendrick Lamar, favorites of his teenage son, “D.O.A.” is a new song taken from Baxter Dury’s upcoming singles collection, Mr. Maserati. The best of compilation gathers together the past two decades of Dury’s work and “D.O.A.,” bowing to no obvious trends, could have been plucked from any point in that period. “We’re civilians/Cheap meats,” Dury laments at one pathos-laden point. “You tried your best too. We both did.” Like the best of his work it’s a nonchalant confessional laced with both danger and the promise of a good time. — DR

It’s been years since the Detroit-based rap crew Bruiser Brigade formed as the media clamour around Danny Brown began to peak, but 2021 has been their year. Bruiser Wolf, J.U.S., and Fat Ray have all released excellent solo projects (BB’s Zelooperz is not featured on the song, but turns in a reliably zany verse on the EP’s next track “Wildstyle.”) as well as the label showcase TV62. Getting all that talent plus Brown on one song is a hell of a thing, and The Alchemist’s beat strikes a vibe that I can only describe as lysergic Blaxploitation. Whatever the reason’s for Bruiser Brigade’s relative dormancy, their performance on tracks like “Flying Spirit” hints at a formidable staying power. — JD

“Ben Franklin”, one of the highlights from Snail Mail’s sophomore record Valentine, is emblematic of the stylistic and artistic leap Lindsay Jordan has made from album one to album two. Featuring a hooky, rhythmic vocal melody and grounded by crunchy, hard-hitting drums, it’s a pop song that wears its heart on its sleeve, recalling St Vincent’s Masseduction as much as it does Jordan’s 90s-inspired bedrock. — SD