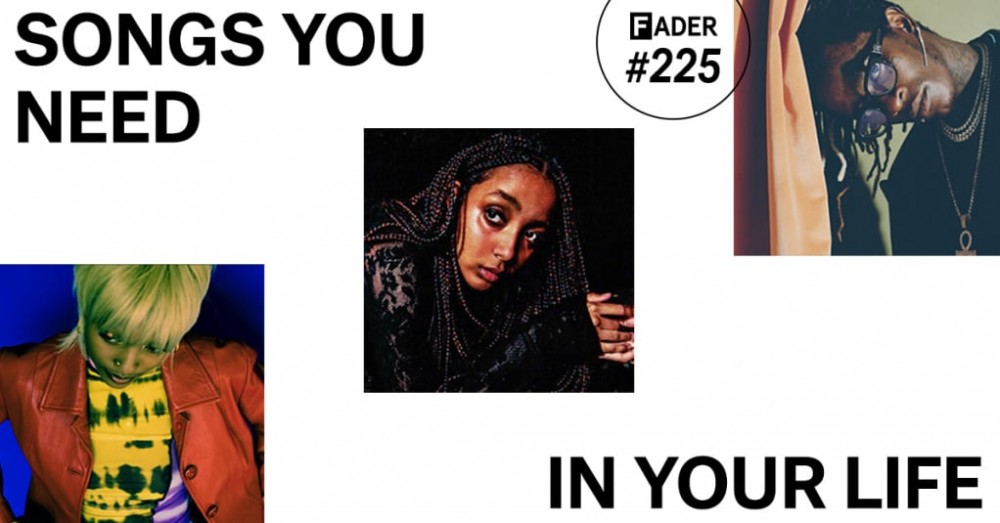 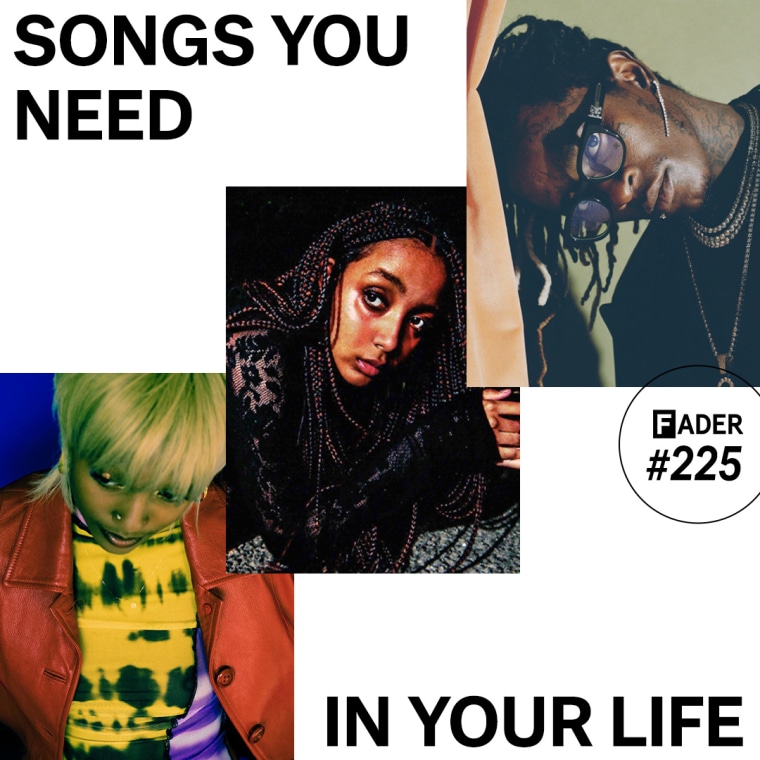 The sound of mid ‘00s teen angst is seeing a resurgence, and most artists are more than content to offer carbon copies of the sound, repackaged for a new generation. Not so with PinkPantheress, who flips a Linkin Park sample into an art-rock garage tune on “Last valentines.” As the name suggests, PinkPantheress is retracing the scars of a failed romance, and the 20-year-old producer and vocalist finds the beauty in that tragic journey. The so-called “obviousness” of PinkPantheress’s samples on other songs may be the subject of some debate, but “Last valentines” is the work of a composer with a keen ear for flipping the past on its head. — JD

The 17-year-old digi artist behind dariacore, one of the most frenetic and thoroughly enjoyable releases from the scene this year, gets on his Alex G on his latest single, a soaring rock epic. He retains his devil-may-care approach to structure to create a song built like a hurricane: a calm eye occasionally embraces you, but the fierce outer walls of noise and chaos are never far off — JD

Diving head first into mesmerizing, jazzy production, the rising soul singer’s vocals float as she assures a lover that she’s in it for the long haul. The song’s Mndsgn-helmed production paired with Liv.e’s longing rasp deliver a particular kind of laid back warmth. “Need to feel if you’re about it, is it you / Cause I’mma be all about it, for you,” she coos on the track’s opening lines. — SE

Baltimore MC Deetranada is pure energy on “Yuh Yuh!” Rapping like she’s hooked up to any oxygen supply, Dee roasts her rivals with a ruthless streak (“You can tell me your dreams, I don’t even know your name”). It’s easy to get caught up with her vibrancy and by the time she’s chanting “all the bad bitches to the front” you’ll be looking up the next time Deetranda is hitting a stage near you. — DR

The title track of Kacy Hill’s great exhale of a third album serves as its thesis statement of sorts: at a time in history where each day brings fresh hell, can one ever ascend to a state of simple bliss? For four minutes it feels possible, as she glides through the marshmallowy soft atmosphere with enough fleeting clarity to part even the most stubborn clouds. — SM

Mista Thug Isolation, Travis Miller’s love letter to Memphis hip-hop as Lil Ugly Mane, may be his most beloved project. But as resilient as the sound of the album still is, it has no ambition for capturing the wide-ranging creative ambition of its author. Miller’s subsequent releases as LUM have strayed further and further from any easily-definable convention of hip-hop, a journey culminating in volcanic bird enemy and the voiced-concern</>. It’s not a rap album, more a insular combination of genre where Miller offers shell-shocked, shambling vocals instead of the rapier-sharp lines that drove him to fame. On “vpn,” Miller is a blood-drained husk bemoaning a lost vitality over a beat that sounds like Manchester on antidepressants. — JD

After dropping his 3-track EP Afrikan Rebel just last month, Pa Salieu’s latest alongside Aitch is reminiscent of his slowthai collab “Glidin” – another raucous, club-ready banger that straddles the lines between drill and Afrobeats. This time, both rappers trade bars about the perfect woman (or women, rather) over Two Inch Punch and WhyJay-helmed production. — SE

Mac Miller’s posthumous releases have achieved the not inconsiderable accomplishment of being embraced as authentic artistic endeavours rather than the craven money grabs that so many rap artists’ estates put out. There is a level of tenderness of “Day Before,” the closing track on Young Thug’s new album Punk — Miller’s verse, where he raps like someone who understands who and why he’s on top of the world, is the last voice we hear on the project. Thug adds a reflective dimension to his flexing, reminiscing about his childhood love of fashion and contrasting it with modern spending sprees, but it’s Verzache beat that gives the song the same experimental excitement that crackled through Thug’s mixtape days while sounding completely sonically separate. The lead melody is plucked out on a ukulele — that ubiquitous instrument in modern rap sounding actually dangerous here — there are no drums, and everything is harmonizing with what I’m almost certain is whale song. Like, actual whales. The song’s boldness serves as a fitting tribute and a bittersweet sendoff to Miller, who no doubt would have appreciated a co-featuring spot with Earth’s largest mammals. — JD

You can’t heal if you you don’t feel anything is the message behind U.K. jungle revivalist Nia Archives’ big new tune. Nia expresses what’s in her soul over the top of ravey production filled with breakbeats and even samples of dialogue from Columbo (a tribute to her grandmother). The melting pot this creates is a pure burst of energy and a reminder to never shut yourself off from your emotions. — DR

There’s ample optimism to be found in the pockets of Hovvdy’s fourth album True Love, a record that’s stacked with songs that feel like quintessential additions to Charlie Martin and Will Taylor’s catalog. Midway through, however, they deviate from the breeziness to ask why we even dare to hope in the first place. It’s a deeply affecting moment that seems to reverberate far beyond its own boundaries. — SM