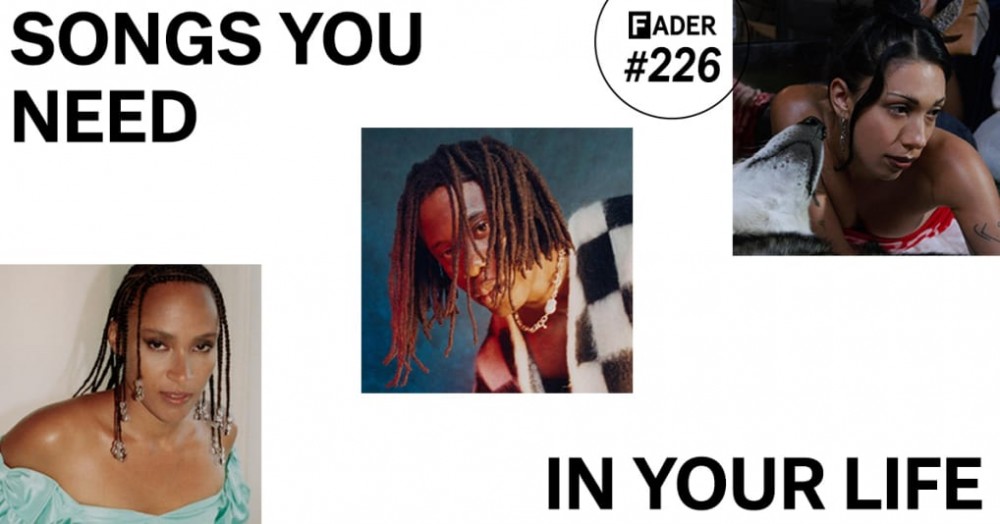 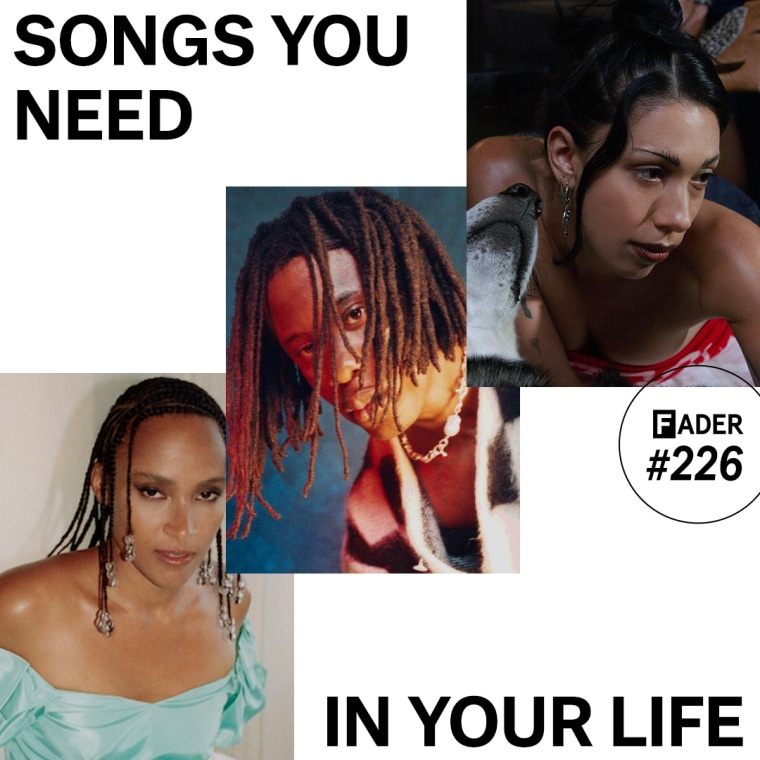 On his new song, Obongjayar is dancing around a pyre of olive branches. “Message in a Hammer” serves as the Nigerian-born artist response to the EndSARS movement protesting corruption that swept the country of his birth last year and the government’s murderous response. Obongjayar’s voice, so deeply rich and smooth on other songs, takes a ragged tone across this track’s verses, as if worn down from too many protests and not enough results. Despite the subject matter, it is not a mournful song, with a dance-ivied Afrobeat pulse surging with a righteous energy. Its strength can partially be found in its scope: in the song’s first lines, Obongjayar puts the current struggle in the context of the slave trade. “Born in troubled water, every stroke is war / They drowned the ones before us, but we’ll make it to shore.” It’s deeply moving, and a sign that his defiance will remain past any single corrupt government. — JD

21-year-old Londoner tendai makes emotionally intense modern soul music where melody and feeling jostle for center stage. “Infinite Straight” is only his second single (after “Not Around,” released earlier this year) but he’s already diving into issues of mortality, religion, and substance abuse in his lyrics, switching his words between direct (“sing that chorus to get it outta me”) and poetic (“no chimney, only smoke for the bones”) to convey his feelings. Ultimately, the message here is one of confusion and simply placing trust in the process. Having all the answers might be one thing but there’s strength in knowing that you actually know very little, and maybe never will. —DR

Real ones know that Tove Styrke is the name behind some of the most well-crafted pop songs in recent years — I would point any doubters toward 2018’s Sway, a no-skips treatise on the agony and ecstasy of having a crush. She’s finally back with “Start Walking,” and while what was once a crush might’ve gone stale, Styrke is exceedingly good at goodbyes. It’s an indelible kiss-off decked out in full seventies Eurovision regalia. — SM

A member of Jai Paul’s select cadre Paul Institute, Ruthven is a songwriter who shares more in common with Blood Orange: both are artists capable of tapping the slickness of a specific era’s pop music without compromising their own significant compositional originality. “Don’t Keep It To Yourself” is a new direction for Ruthven, who stuck to the dancefloor on previous singles, but the song’s sultry confidence makes it sound like he’s lived his entire adult life making his way to the bedroom. “I cannot believe what you just whispered in my ear,” Ruthven sings at the song’s beginning, his satin croon undulating with pleasure. “I never would have guessed it.” — JD

For the most part, Jada Kingdom’s previous singles erred on the side of flirty fun, but on the rising Jamaican artist’s latest single, she paints a vivid picture of a tough upbringing on the island. A thumping trap bassline pairs with a horn and guitar-laden roots reggae loop, as Kingdom’s proud but pleading delivery holds up the song’s lyrics. “Four ah we ah share a bed and that’s just how we living / Try nuh walk the lane at night, yuh goodly end up missing.” — SE

Shygirl’s new song “Cleo” opens with the kind of orchestral flourish used to signify a serious Oscar-contender. The big screen allusions don’t stop there, with the U.K. artist “feeling like a movie star” as she revels in the escapism offered up by make believe. Like all Shygirl songs, “Cleo” bangs (that string-heavy intro soon gives way to a four-to-the-floor beat) but with each progressive release she pushes her character further, this time marrying the release felt in the club and the cinema. Either way you look at it, the lights are low and the music is loud. — DR

Sleek and steeped in prophecy, Mia Carucci’s magnetizing debut EP As Above So Below feels like it was built for Scorpio season. Particularly compelling is “Primal Deep.” “[It’s] a love note to early 2000s sterile and understated beauty. Fiona Apple meets Deftones,” Carucci says of the song’s video. “A visual reset for not only myself, but hopefully everyone to take a moment away from the chaos and focus on storytelling again.” — SM

Does anyone remember The Teenagers? The French band were blog favourites back in 2008 with their album Reality Check and the acid-tongued humor lying beneath the dance-minded indie rock. Like The Teenagers, BLACKSTARKIDS sound like they draw their power from having fun playing music with their friends, but their tales of youthful ennui and alienation are sincere. On “I HATE BEING IN LOVE,” BLACKSTARKIDS offer homespun jangle pop with a healthy dose of AutoTune for a song about tentatively accepting the vulnerability that comes with opening up your heart to someone else. — JD

On her 2017 EP Superficial, Montreal’s Ouri arrived as an electronic artist interested in the less conventional ways to arriving on the dance floor. Frame of a Fauna, her debut album out last week, represents a shift from the club to insular, exceedingly graceful compositions, while “Wrong Breed” nods to the past. The song kicks off with the same raspy deep techno influence Actress tapped on 2017’s AZD, then Ouri’s voice draws us into someplace new. Certain genre staples — like four-on-the-floor in techno — can feel like stringent laws in the hands of less confident artists rather than fertile foundations, and Ouri continues to show how to chart one’s own course to a rave. — JD

Dijon’s latest from his upcoming debut album is an emotional ride, seeing the singer lament over the growing space between himself and his partner. Over warbly guitar strums, the track sees the singer compare their deteriorating bond to being a clown, maintaining a smile amid heartbreak. Despite the song’s pared down and laid back acoustic backdrop, Dijon’s delivery is laced with urgency, his voice cracking at some points throughout. “So what are you so ashamed of? Rodeo could kill you / I just wanna kiss you, but you won’t let me near you,” he croons.— SE