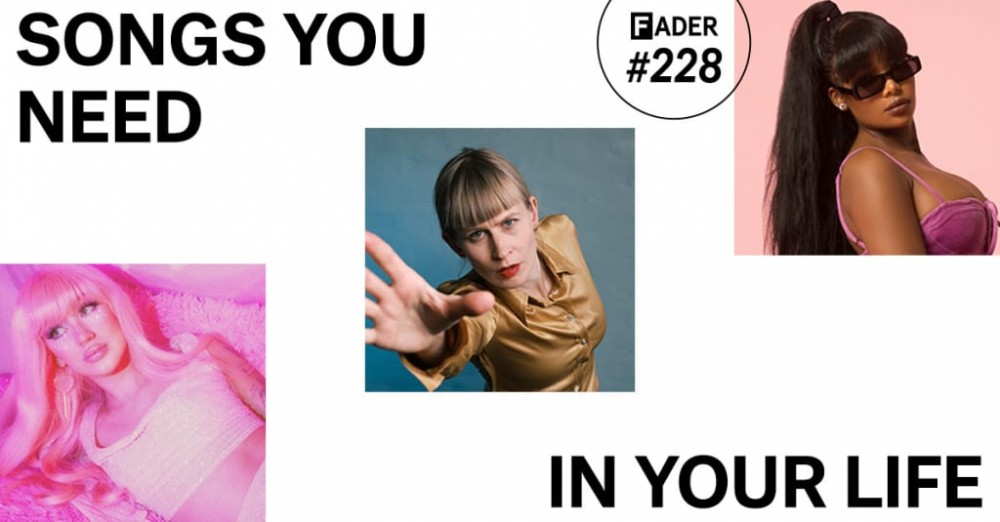 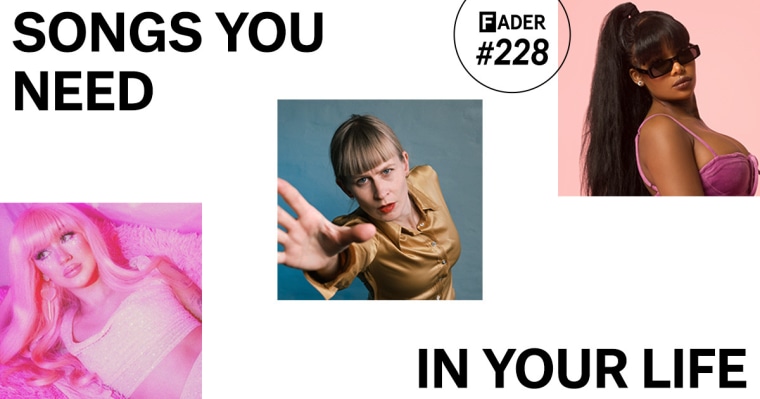 It’s been nearly six long years since Foxes last released a full-length album, the remarkable pop collection All I Need. The wait is almost over as the British singer-songwriter gears up for The Kick, her 12-track third studio album featuring the lead singles “Sister Ray” and “Sky Love.” The latter is a dizzying confection about the unpredictable free fall of love. “It’s insane but you know when you’ve got it,” she sings. “When you’re wild awake with your heart out on the floor.” – Larisha Paul

Omar Apollo and Kali Uchis have teamed up for their second collaboration, “Bad Life,” shared as Apollo’s first release since “Go Away” arrived back in July. The song steeps itself in resentment after being robbed of pride in a failed attempt at making a one-sided relationship work. The pair clear the track’s second verse together, covered in a mist of silky harmonies. – LP

Australian singer and songwriter Peach PRC is one of pop music’s best kept secrets hidden in plain sight. The pink-haired musician has over 1.5 million followers on TikTok where she often teases out her music alongside the most brutally honest story time videos delivered with effortless comedic timing. While some of her past releases, like “Josh” and “Colourblind” were on the more playful side, in line with the Peach PRC her followers are familiar with, her latest single “Heavy” is a poignant display of honesty. In the vein of Lorde’s “Liability,” the piano ballad still contains its quirks (“‘Fix You’ is only pretty when it’s sung by Coldplay”), but the dejected “I’m hard to love, there’s no denying / If you’ve had enough, thanks for trying” slipped into the bridge is harrowing in its honesty. – LP

Summer Walker’s new album is filled with drama and laced with sadness, a break-up record for the Shade Room-era. “No Love” comes from the album’s stronger first half and features SZA, in typically fine form, as she sings “All I’m tryna see is your credit card, swipe it all for me” while extolling the virtues of strings-free fun. Walker joins in the party on a song that’s a little tipsy, a bit high, and a whole load of fun. — David Renshaw

They Hate Change are Vonne and Dre, a DIY rap duo from Tampa Bay who take knotted and densely packed beats then simply glide over the top of them. “1000 Horses” is their latest effort, stitching footwork and jungle influences into something cohesive, confident, and, more importantly, exciting. “Speakers banging coast to coast, they gon’ see,” Vonne raps at one stage, emerging from the murk to predict a brighter future. — DR

A standout on the Norwegian progressive pop artist’s new EP Heart Ego, “Red Plum” propels itself at the speed of a comet that’s late to a rave. It orbits around ambient techno conventions, but each element captures light and refracts it in a different direction like the inside of a diamond. It concludes with a guitar solo channeling the late Eddie Van Halen, a fitting conclusion to a song that collides genres so successfully it sounds different almost every time you hear it. — Jordan Darville

Drag City royalty Bill Callahan and Bonnie “Prince” Billy are back after an eight-month collaborative hiatus. Between fall 2020 and spring 2021, the duo covered 21 songs by Steely Dan, Silver Jews, John Prine, Lou Reed, Billie Eilish, and many others. Their general approach was to folkify tracks with electronic elements, but this time, they’ve gone the opposite direction. In their new rendition of Scout Niblett’s “Kidnapped by Neptune,” Hamerkop (Adam Cooke and Annabel Alpers) take the spartan but urgent Steve Albini production of the 2005 original and turn it into a slow-moving dance groove with a quiet, persistent drum machine and two interlocking synth basses. Bonnie and Billy repeat the song’s central mantra, “Where have you been?,” in round until their voices blend into a pleasant drone. It doesn’t come close to the best work they’ve done together, nor is it as good as Niblett’s version, but it’s great to see them together again. — Raphael Helfand

Jenny Hval may still be best known for the icy persona she presented in her early work. In recent years, though, her music has grown warmer and lusher, and her lyrics have become less cryptic. She wrote the music for “Jupiter” in 2015, but it would have fit better on The Long Sleep, her 2018 EP of gentle lullabies, than on Apocalypse Girl (2015) or Blood Bitch (2016). On the new song, gummy synth keys and cinematic string swells swaddle her voice until it rises to soar above the crashing cymbals of the chorus. In impressionistic splashes of color, she details a trip that begins at Prada Marfa and descends into a delirious West Texas apocalypse as Jupiter’s gravity pulls her away from Planet Earth. — RH

“Ask God, he don’t play bout me at all / To my haters, you know he tell ‘em all” SG ALI smirks in the final seconds of “Bet Against Me.” When talking about her now seemingly endless blessings and irreplicable journey, ALI’s voice is full of pride, but the Chicago rapper’s heart weighs down her boasts as she alludes to personal struggles that she had to go through without the support of her friends and family. “Bet Against Me” is a quick glance at a rapper slowly developing her singular perspective of life. – Brandon Callender

Zoon first caught my ear with their remarkable and original take on shoegaze, an ambitious tribute rooted in tradition that they dubbed “moccasingaze.” OMBIIGIZI, Zoon’s new project with fellow indigenous Canadian musician Status / Non Status, doesn’t sound quite like anything on Zoon’s debut album Bleached Wavves – it’s psychedelic post-rock with waves of tension and release as the guitars go from knotted bends to swirling Northern Lights-colored noodling. The song’s lyrics live in a similar liminal space that never fails to resonate: “White picket fences circling the graveyard” sings Status, conjuring the carnage that lies at the heart of modern civilization. – JD