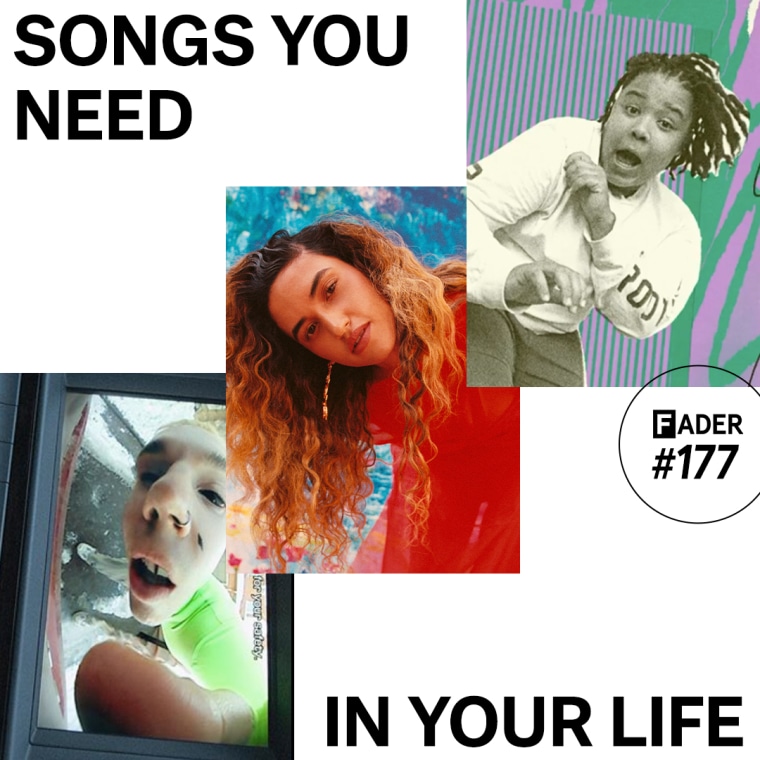 “>Subscribe to Songs You Need In Your Life on Spotify.

Let Tohji’s reign commence. Even if you can’t decipher the lyrics, “Goku Vibes” smashes, if only for affirming that there are still parts of the world where it’s possible to have substantially more fun than we’re having stateside.

Plenty are playing up the Y2K nostalgia game right now, but few are crafting it as imaginatively as Brooklyn’s Harry Teardrop does on the wildly sticky “Ryley.”

Empress Of finished her record contract, started her own label, and wrote a beast of an anti-capitalist pop banger to kick it all off. Hello, that’s something worth celebrating.

A standout off his new EP The Bitch of Living, Antony Carle’s latest single is a cause for at least some kind of celebration, lacquered with the resinous funk of fellow Québécois troubadours Men I Trust.

Despite the heaviness at the core of Brooklyn-via-Oakland emcee Nappy Nina’s latest, she hoists it all with effortless grace, encircled by a crackling jazz arrangement.

The outsized, buoyant pop of New Zealand’s BENEE takes a deliciously cruel turn on “Plain,” in which she enlists the help of Lily Allen and Flo Milli: the schoolyard bullies of our dreams.

When Gupi and Fraxiom link up, you know shit’s about to go astronomically bonkers. Making a proper sequel to their haywire debut single as food house, “Thos Moser,” would be a tall order. Miraculously, they’ve done it.

It feels like a treat to live in a timeline where Abel Tesfaye executive produces an OPN album. Here, Daniel Lopatin’s patented chaos is reined in for something of a skyline lullaby drifting in and out of frequency.