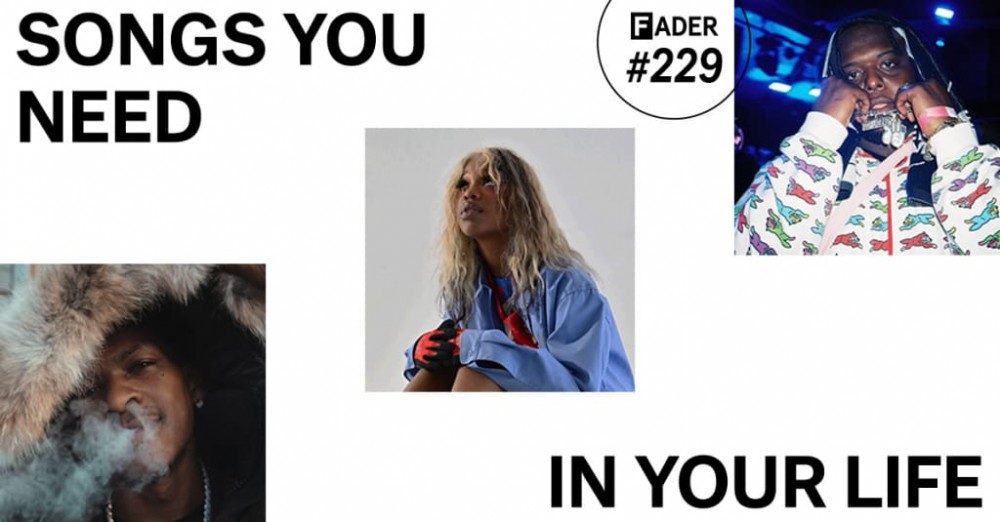 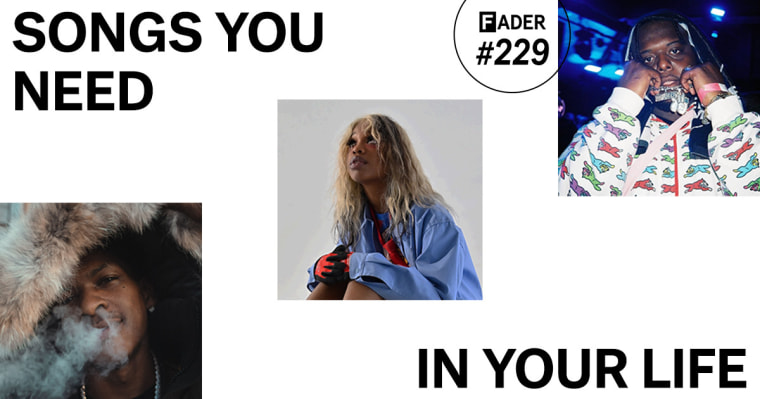 Though Anamanaguchi started out as a chiptune project, their embrace of rave aesthetics and subsequent 2019 project [USA] paved the way for the subgenre known as hyperpop. On “Water Resistant,” Anamanaguchi sound aggressive and defiant, like they’re refusing to let their contributions to the underground pop landscape get swept away. It’s that big, beefy sawtooth synth, a noise more closely associated with early grime, that lends the song its muscle, while 8485 gives it doe-eyed heart. “I can’t wait to wake up from this dream,” she sings, bringing the listener into the song’s pinball fantasy with a light yet masterful touch. – JD

Gracie Abrams’ highly anticipated full-length project This Is What It Feels Like is a thrilling preview of a gifted singer and songwriter only just beginning to scratch the surface of her true potential. Buried near the end of the 11-track project, carefully not labeled an album, is the breathtaking cut “Painkillers.” The metaphoric lyrics themselves carry a particular weight as Abrams likens the song’s subject to something of a controlled substance that she’s lost control of: “You represent the codependence” and “The side-effect is cold resentment.” But her delivery, breathless as agony frantically searches for a hiding place in the empty space between each lyric, stands out not just on This Is What It Feels Like, but perhaps as the best performance in her growing catalog thus far. – LP

Canadian pop singer Tate McRae is a star in the growing trend of incredibly young musicians taking the industry by storm with a sense of urgency in their speed of doing so. The 18-year-old’s musical releases date back to 2017, but it was the simmering single “you broke me first” released in 2020 that garnered international acclaim. Her releases since then have had their highlights, like the Troye Sivan and Regard-assisted single “You,” but her latest single “feel like shit” hits a stride. McRae falls into the track like Alice in Wonderland, letting her guard down to open up to doors for that uncomplicated and raw delivery throughout. – LP

As time’s circle flattens and our nostalgia cycle collapses, Polo Perks’ music feels more relevant every day. The Brooklyn rapper and his crew, Surf Gang, exploded off extremely online screens and into local lore last summer when they put on a show in a massive parking lot in Williamsburg. The cool teens came out in droves, dancing atop Yeshiva school buses and construction equipment. “HeadHi” is a characteristically cloudy track with murmured vocals and a mopey instrumental courtesy of Clams Casino and Surf Gang member EvilGiane. “We was in a studio session and I was like ‘Damn, bro, this beat is really sad. When did you make this?,’ and [Giane] was like ‘I made it with Clams Casino,’ and I was like ‘Yeah, it’s a dub, I’m taking this beat,’” Polo recalled during a recent FADER interview. The music video, set on a horse farm in Suffield, Connecticut, is both surprising and incredibly on-brand. — RH

One of the joys in spending time in a new place is getting a sense of its hidden musicality. How metal squeals in a different city’s subway station, the walk signal chirp of a crosswalk, or even just the wind swirling past a kind of tree you’ve never encountered before. “Time Escaping” starts with plucks of string from an instrument that, judging from the timbre, sounds like a guitar made out of metal springs and a handkerchief box. This discordance, enough to make DJ Khaled weep, quickly develops into melody, and from melody into a stunning beauty that never sheds its initial roughness. The entire song feels like evolution, like life, with Adrianne Lenker drawing inspiration from different biospheres in her lyrics. Around the middle of the song, we hear Lenker say, somewhat reassuringly, “It’s music!” How familiar, and yet different. – JD

Rosie Lowe and Duval Timothy’s collaborative debut LP Son deals mostly in moans and whispers. None of its tracks contain more than a sprinkle of English words and some contain none at all. The beauty of this record is in its slowness. It’s too lush and harmonically dynamic to be truly minimalist, but if it played in a club, it would give the word “downtempo” an entirely new meaning. It rewards a close listen but also functions perfectly as ambient sound. If you’re in some liminal auditory state between these two poles, however, or if you’re just in the mood for something busy, it can start to drag toward the end. The simple placement of “Don” at track two — after a brief, cryptic intro— is a large part of why it’s this project’s most engaging song. It’s immediately tense, from its first unresolved piano cadence to the moment just under a minute in when Lowe enters with her first “Don,” a satisfying conclusion to the intro’s open “Da.” The song cruises confidently to its close until the next track opens with the album’s first lyrics, “Storm has come.” — RH

It takes almost a minute and a half for drums to come in on “Percocet Pain,” and another 20 seconds for the warbling beat to drop, but the song never drags along. CEO Trayle’s cool-headed, cautionary street tales are gripping from the song’s very first line. With an eye for detail and subtly acrobatic flow reminiscent of prime Gucci Mane, the Atlanta rapper reflects on the high speed chases and bad business deals he lives with scars from. “Bitch ass ex-business partners talkin’ ‘bout suing me / Who was really working nigga, you or me?” CEO Trayle sneers. When he passes the mic off to Babyface Ray, it feels like there’s nothing left to say, but the Detroit rapper delivers a chilling verse. CEO Trayle’s past projects tended to not have features at all, but he may have met his match in Babyface Ray. — BC

Arkansas-based duo joan has cracked the retro pop code. Their slate of releases has tapped into deep-rooted late 90s and early 2000s nostalgia without slipping into recreation territory. The pair’s latest single “right back” is an earworm of a love song delivered over a bed of carefully placed synths and a sickening baseline. The track’s distorted outro is a slick reminder of how current joan is, no matter how well they recreate feelings of the past. – LP

NYC rapper CLIP lays out her zero-fucks-given agenda on “Calvin K,” a manifesto that rises above a blown-out bassline to take on a mantra-like status. Spitting her bars like missiles, each one designed to obliterate her opponents, CLIP takes aim at the demons in her life, be they the ones in her head or the distractions trying to get into her bed. “I know you wanna fuck, sorry love you’re not the one,” she says dismissively, skipping onto the next victim without a second glance. — DR

“Experimental” is a phrase that gets to be used when describing Jockstrap, the U.K. duo with the least desirable name to drop at a party. There’s nothing experimental about “50/50,” though, unless you consider the combination of rushing drums, skittering electronics, chopped-up vocals, and a general sense of hedonism to be anything other than a nailed-on musical formula. “50/50” excels in this late-night revelry, pulling you in close and successfully keeping you out for one more round, until dawn has broken and you emerge, blinking, into the light. — DR