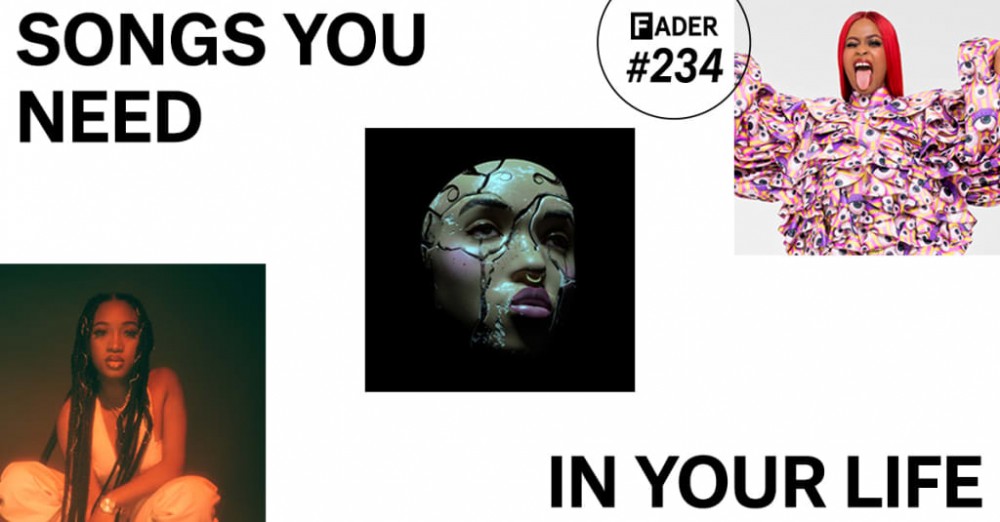 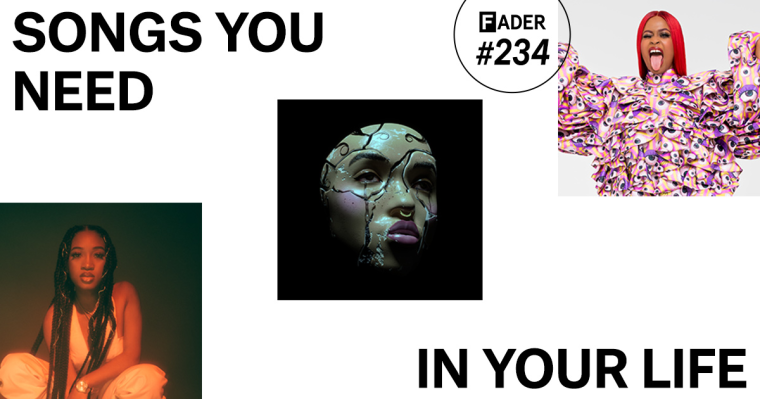 The juxtapositional idea of being sad beneath the lights of a joy-filled dancefloor has become a popular trope in recent years, employed by everyone from Ariana Grande to Mitski to Mark Ronson, who made a (very good) album of “sad bangers” called Late Night Feelings. This recent wave of a timeless concept can most likely be traced back to Robyn’s 2010 hit “Dancing On My Own” and runs the risk of becoming, if not a cliche, a crutch as the odd one out scenario becomes something approaching default.

FKA twigs has never been an artist to take the easy route, though, and, as such, “Tears In The Club” is a high-quality entry into the canon of weepy euphoria. Over a dark and ominous beat courtesy of producers Arca, Cirku, and El Guincho, twigs channels her heartbreak into movement as she attempts a romantic exorcism with the help of a DJ and a dark space. The Weeknd takes on the role of her former lover, reveling in his ubiquity (“there’s no escapin’ me”) with his trademark opulent sleaze. The two coalesce perfectly, balancing their lust and misery in equal measures. —DR

A fantastic new album from Chief Keef has been a bright spot in what has been a pretty dire end to 2021. 4NEM is a powerful and effective showcase of what makes the Chicago pioneer so important, and it’s on “Tuxedo” that he’s really dressed to impress. The beat is classic drill fusillade of horns and thunderous drums that effect the feeling of swords bashing against shields, and Sosa is the dim-lidded conductor of the attendant barrage of flexing and violence. – JD

MAX has a knack for love songs and his latest release, a tender pop ballad titled “Butterflies,” is no exception. But with the addition of FLETCHER – who similarly stole the show on a new edition of Duncan Laurence’s evergreen hit “Arcade” last year – the song reaches a new point of elevation. “You won’t stop runnin’ through my mind / For the rest of both our lives / You give me butterflies,” the pair sing together, their intertwining vocals rendering the cheesy cliche wholesome again. – LP

Nija’s debut single, “Ease My Mind,” was an experiment that blended R&B and drill together into a fresh and thrilling cocktail. “On Call,” her latest, is closer in spirit to the songs she’s penned for Summer Walker than an attempt at predicting the future. Sticky, tender, and a little bit regretful, Nija sings about a situationship she knows she should leave behind, but can’t—he’s the only person that picks up late at night. “I don’t mean to only call you on late night / But it’s 2 a.m. in the club, I need you by my side” she coos, falling back into her old habits.—BC

In the past three weeks Tierra Whack has dropped a trio of projects titled Rap?, Pop?, and R&B?. The roll-out points to her hard-to-pigeon-hole status as an artist who seemingly belongs to no genre or many, depending on your viewpoint. “Cutting Onions,” a highlight from the whole run, is lifted from R&B? and catches a grief-stricken Whack opening up about the loss of her grandma. “Can you hear me crying?” she asks repeatedly over a slick beat and cut up vocal sample, leaving things raw as she processes the feelings in real time. For an artist that is often talked about more for her visual aesthetic, “Cutting Onions” shows Whack has a big heart, too. —DR

The resurgent Boldy James and his long-standing producing partner The Alchemist turned in one of our favourite projects of the year in Bo Jackson, and kept the streak going last week with another full length collab, Super Tecmo Bo. “Moth In The Flame” is another cinematic tale of despair and loyalty in the drug trade made more paranoid and tragic by the doleful sample looped to perfection by The Alchemist. Despite the subject matter, the song invites you to sit with it with vivid imagery and a deep well of emotion. – JD

La Panthère Des Neiges is the 10th film scored by the duo of Nick Cave and Warren Ellis. Ellis has played violin and a slew of other auxiliary instruments for Nick Cave and the Bad Seeds since 1997, started the short-lived side project Grinderman with Cave in 2006, and, in February, released the excellent album Carnage with his long-time creative partner. The new score is slow and atmospheric, as is most of Cave and Ellis’ collaborative work. On “Les Cerfs,” Cave’s deep and sometimes monotone voice resembles the sounds produced by Bob Dylan’s retooled vocal cords on 2020’s Rough and Rowdy Ways. “I was observed unaware,” he sings between low, melodious moans, laid gently across his droning organ and Ellis’ sheets of twinkling strings. —RH

YGTUT makes music that nourishes the soul. When the Chattanooga rapper vents about relationships he doesn’t want to be in and reminisces on past scams, his down-to-earth persona makes it feel like catching up with an old friend. TUT’s sweet-sounding voice and silky flow make you want to sit out on the porch and soak in the tiny bits of winter warmth that are left. —BC

Released this year, Baltra’s “Will You Be?” combined classic house vocals with sweeping trace melodies and rowdy drum breaks. CFCF’s just-released remix of the track holds true to the original’s polyglot sensibility by bringing in the Brit-poppy guitars and rave textures that made this year’s Memoryland such a joy. – JD

Keyboard Fantasies Reimagined is a redux of Glenn-Copeland’s 1986 masterpiece, featuring new versions of five of the original album’s six songs remixed by an all-star lineup of contemporary musicians. The most ambitious of these is Julia Holter’s take on “Winter Astral,” a departure so radical she and Glenn-Copeland decided to rename it “Fastest Star.” Holter takes Glenn-Copeland’s majestic synth melody and refracts it through a crystalline pattern of effects. “I didn’t know at first what to do, because there was a clarity and timbral balance already there and so well-blended in the piece,” Holter wrote in a statement accompanying the album. “I think I just spent some time absorbing the loving energy he had transferred into the music, and felt my way through it.”—RH