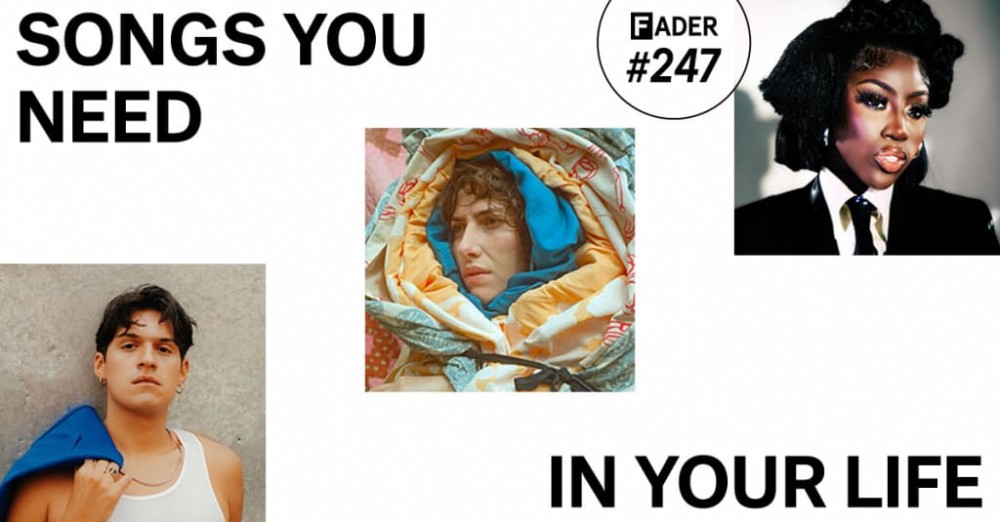 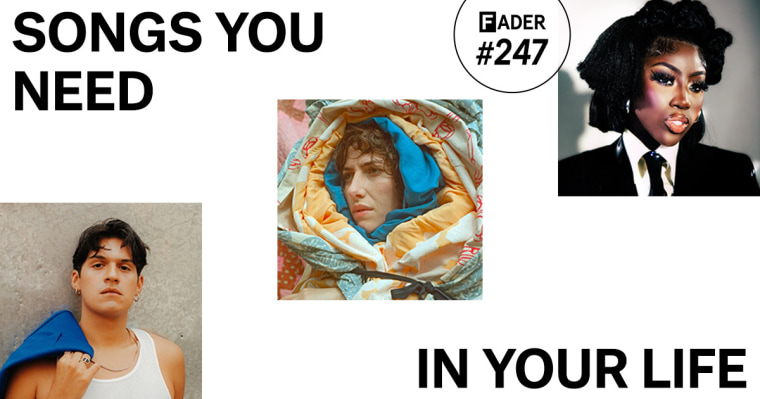 Just ahead of the release of his official debut album Ivory, out April 8, Omar Apollo is hitting his stride. On his latest single “Tamagotchi,” the first bilingual song entry on the record, the singer and songwriter taps in with the Neptunes producers Pharrell and Chad Hugo and sparks fly. With all the cards falling into place, Apollo is boundless in a way we haven’t yet heard him on a track. He weaves in between lanes and vocal cadences with tantalizing confidence over skitting beats as the sample of Luke’s “I Wanna Rock” gasses his swaggering delivery. There isn’t necessarily a formula that dictates whether or not a song is a hit, but there’s almost always a feeling when you hear one for the first time. “Tamagotchi” is drenched in that feeling – and Tyler The Creator is leading the stan club. “Why you not posting this song up like a fucking madman every goddamn hour?” the rapper asked Apollo in an Instagram voicenote. “You need to be promoting this shit, I don’t even think you realize you got a fucking banger on your hands you fucking dork.” – LP

Bree Runway is determined for her upcoming Trilogy EP to be a showcase of her multidimensional capabilities as an artist. She has no shortage of bombastic, high-scale rap and hyperpop hits across her discography as a singer, rapper and songwriter – furthering her case on the EP’s lead single “Pressure” – but on her latest release, she delivers a career highlight with the ballad “Somebody Like You.” The track’s cascading rhythm wraps around Bree Runway’s graceful delivery, spotlighting a stellar vocal performance that explores the expanse of her range. There’s an elegance in the all-encompassing commitment to love she immerses herself in throughout the song. “If I had another chance at life, baby, I would say yes and do this twice,” she sings. “Hoping our worlds will collide, I’m embracing this paradise.” – LP

“Elusive.” The general critical consensus on Aldous Harding, the New Zealand folk singer-songwriter who just dropped what will likely be a defining project for 2021 in Warm Chris. The album’s title track basks in the glow of another person, and Harding’s deep admiration thrums in the song’s circuitous poetry. “Oh Crystal,” she sings, her voice comforting and creaky like a well-worn wood chair. “I got the love for you now / Good luck, not that you’ll need it eh girl.” There’s a universality beneath “Warm Chris” and its album that isn’t hard to feel, even if you don’t quite know how you arrived there. It makes the music all the more enchanting, and rare. – JD

Larry June and Jay Worthy are proof that there’s more than one way to get fly. Their new collaborative album 2 P’z In A Pod, fully produced by Worthy’s LNDN DRGS partner Sean House, blends their worlds together with drop-in appearances from West Coast rap legend Suga Free and modern day innovators like Roc Marciano. This video splits its time between two different songs to show both of the California rappers in their most comfortable states. Whether it’s Larry June’s cruiser music or Jay Worthy’s G-Funk romps, it’s the kind of music that goes best with a cup of dark liquor in hand. —BC

Afrorave, the self-coined genre Rema operates in, sounds everything like its name implies on “Carry,” a standout track from Rema’s excellent album Rave & Roses. The Nigerian artist wraps himself in the melodies of his hometown sound of Afrobeat and draws an equal amount of his X-rated, prowling energy from the beat’s yawning synths, programmed by producers Higo and London. Rema has never lacked for confidence, but on songs like “Carry” he sounds, thrillingly, like a leader. – JD

Braxe + Falcon, French producers Alan Braxe and DJ Falcon, have their fingerprints across the history of France’s storied electronic music scene. From collaborating with Daft Punk’s Thomas Bangalter in the ’90s to DJing in Paris nightclubs, the only thing the cousins have semeingly not done is work together. That changes now with their new collaborative project, the first taste of which is a laconic song featuring Panda Bear of Animal Collective and this, a joyous mix of Motown and French touch which takes a sample of ’70s funk and disco group Creative Source’s “I’d Find You Anywhere” and propels it to the dancefloor. The result is magical, with Braxe + Falcon’s love of music shining through and history giving way to exhilaration. —DR

At first glance Meekz, a rapper from Manchester, England, is keeping things sparse on “AirMax’s.” The beat is ostensibly a drill one but feels almost gentlewhile Meekz’s matter of fact delivery suggests an artist who is confident in what he says, but not necessarily too enthused about saying it. That self-assurance is magnetic though and as you stick to his train of thought the gems start to appear. Whether he’s threatening to crunch down on men like “stepping on crisps” or arguing why you shouldn’t call him “bro,” Meekz remains agile and menacing throughout. “AirMax’s” feels like Meekz clearing his throat for what’s to come. The mood is heavy and imposing, but there’s magic in the air. —DR

As much as I love Crimeapple’s goofy sense of humor, it’s always nice to get some straight-up, no frills raps from the Hackensack, New Jersey emcee. “Voice of God,” a standout from his new project Jaguar on Palisade 2 scratches that itch perfectly. If it weren’t for the Jadakiss sample, you could tell me that this beat was rescued from a beat-up floppy disk from the Loud Records storage unit and I’d probably believe you. “I see a rat inside you, like a python when it eats,” he sneers. Crimeapple just extended winter another two weeks. —BC

Channel Tres has never been one to stay within prescribed boundaries of genre or form. Since his self-titled debut EP dropped in 2018, he’s been blending nonchalant, cloudy bars with house and techno instrumentals that bring to mind the Afrofuturist efforts of pioneering Detroit duo Drexciya. On “Acid In My Blood,” released as a double A-side c/w “Ganzfield Experiment,” Tres opens with a flex about his ability to evade categorization. “Try and tell me this ain’t Black music,” he whispers, his voice coated in reverb. “Well it ain’t. It’s Black precision. And I’m precise as they can be.” — RH

Accorinrin, the chaotic-good frontwoman of the Kyoto punk quartet Otoboke Beaver, is the queen of the repetitive refrain. That is to say, she can say a phrase 60 times in the course of two minutes, and she’ll still leave the listener hoping for a 61st iteration. On “PARDON?,” the hook in question is “I don’t know what you mean,” which begins as a genuine statement of confusion but quickly becomes a frantic cry for clarification and then an expression of boiling rage, culminating in a screamed portion in which she finally switches to “Shut the fuck up!!!” The instrumentation, equally wild and unrestrained but still impeccably tight, drags us like a spooked horse through the track, which is under two minutes long but still feels titanic. — RH