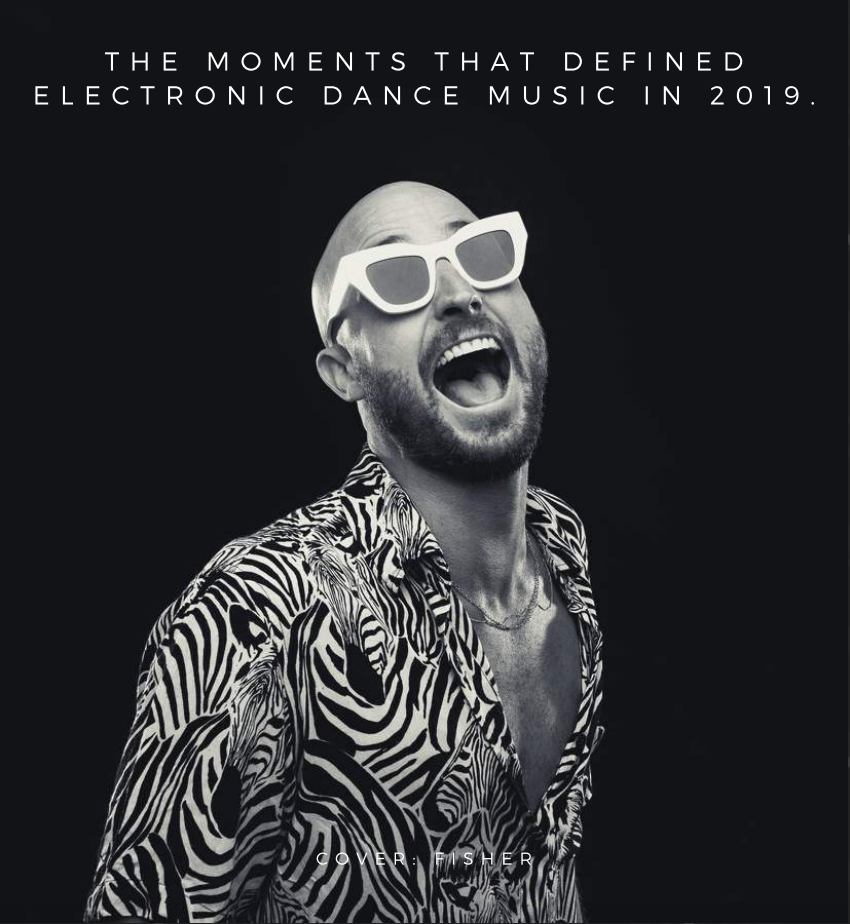 2019 marked another massive year for dance music. The underground side has never flourished more. Techno and house continue to rise in popularity, slowly making it into the mainstream scene. Emerging markets are continuing to get top talent with each major festival that pops up. 1001Tracklists has compiled data from 2019 and summed it all up for us. Now, thanks to their analysis, we can truly see what defined dance music in 2019.

Summary of the State of Dance Music 2019

The top genres of 2019 according to most DJ supported tracks were future house, bass house, and tech house, respectively. 15% of the songs produced in 2019 stemmed from future house. Techno came in at #7 with 6.7%.

Top songs wise, Fisher dominated both the #1 and #2 slot. ‘‘ continued to empower those to dance at #1, and his newer track ‘Little Beauty’ came in at #2. Meduza’s mega pop hit ‘Piece Of Your Heart’ took the #3 slot.

Top Festivals of 2019 were not all too surprising. Known as the Big 3 in the festival world, Tomorrowland, Ultra Miami, and EDC Las Vegas took the top 3, respectively. Each of them also had one of their international festivals in the top ten with Tomorrowland Winter, EDC Mexico, and Ultra Europe taking a spot.

The top 3 labels producing the most tracks in the Top 300 were Spinnin’ Records, Musical Freedom Records, and Hexagon. The most viewed sets of 2019 came from Marshmello, Timmy Trumpet, and Tiësto, respectively. Marshmello’s set came from Ultra Miami whereas Timmy Trumpet and Tiësto’s set came from Tomorrowland. It should be known that Ultra dominates the most heard live sets with 8/10 sets coming from Miami.

Also included in the State of Dance Music 2019 is a list of top ten tracks from 12 different genres. This is all based on popularity so it doesn’t necessarily mean the tracks were released in 2019. I recommend you read the full report to get an in-depth look at dance music in 2019.