6 Things We Learned From Zedd’s AMA
Written by BerangariaFranzen 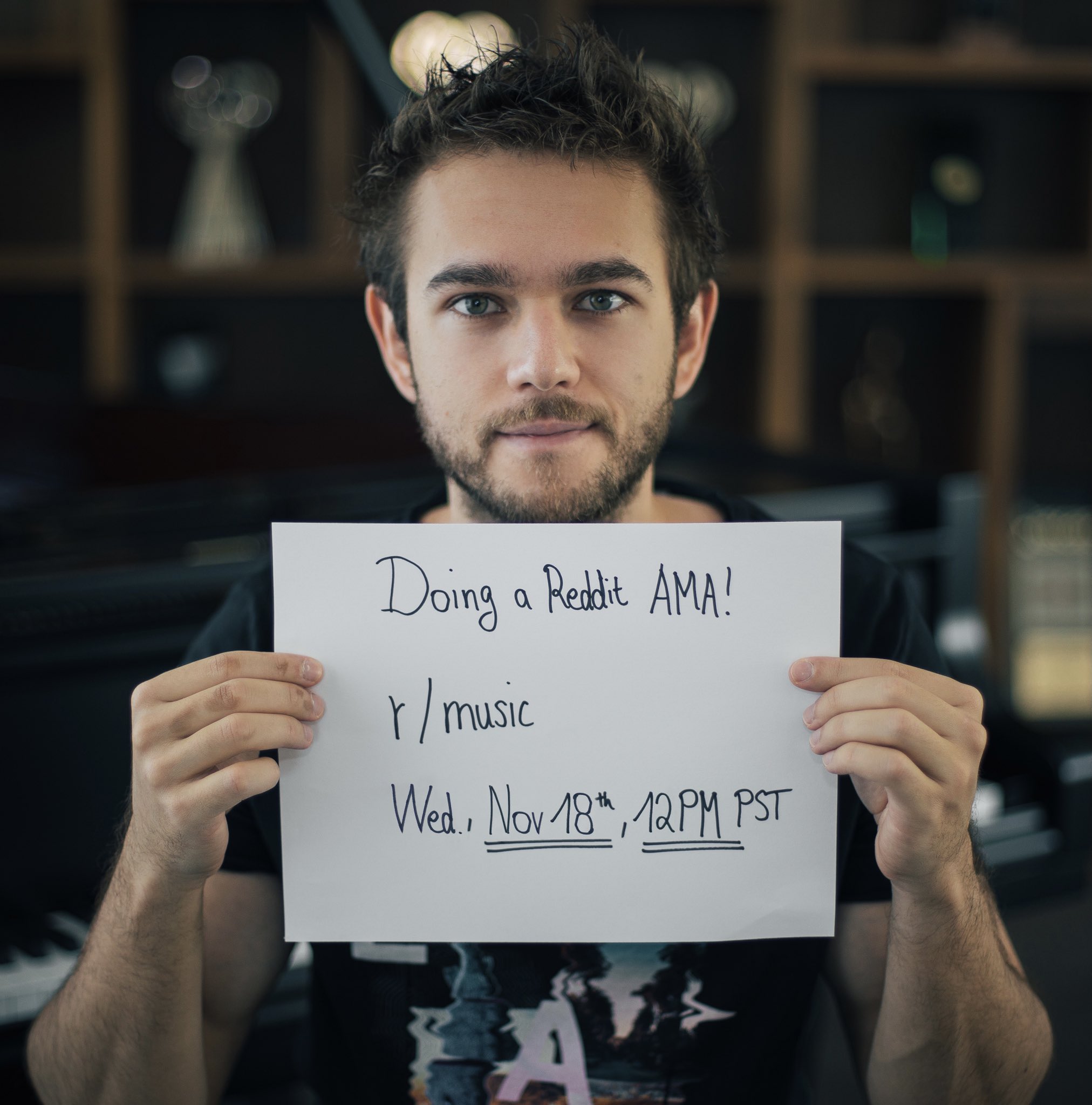 Perhaps it’s quarantine boredom, but Zedd recently did his first ever AMA on Reddit. He both answered light hearted questions as well as detailed music composition questions.

Zedd: I started the song with this patch I found in this synth called “SynthMaster2” (highly recommend it btw!!) and created the first drop quite quickly. However, after building the track further I created this giant build up towards the end and couldn’t quite figure out the perfect “finale” for the song.

It felt like it needed to be melodic and enthusiastic but the key of the song made it quite tricky. The song is in “d flat” and that note, in the sub octave, is very difficult to hear since it really is too low for most speakers. So the key was to distort the sub and layer a higher octave on top of it for the note to be audible properly.

While this is, more or less, a standard way to make your 808 or sub audible, within the mix I made it ended up being incredibly challenging and even required a separate master JUST for that last drop of Addicted of a Memory.

A collaboration with Porter Robinson may be coming down the pipeline

Zedd: I would love that! Porter and I actually recently talked about getting together and working on some music. The pandemic certainly doesn’t make it easier but I’d love to get in a room with them. We “grew up” in this scene together. It would probably be really special.

Zedd: I was TERRIFIED of using the mic for the first year of my career. For me there was a show I played with Skrillex where he FORCED ME to use the mic. I was on tour with him and it was what he really wanted me to do so I did it. And I realized how much people love when you interact with them. You establish a much more personal connection. Long story short; I’ve been using the mic every show since and am very thankful Skrillex made me do this 😉

Zedd is a big gamer

Zedd: A lot of people don’t know this but I actually used to play in a Counter Strike team in Germany back in the day. I have been obsessed with gaming since I was very little. Other than music it is my big passion!

My main game at the moment is VALORANT. I used to play a lot of Overwatch but kind of traded that in for VALORANT. Since the PS5 came out I’ve been really in to Demon’s Souls as well.

I played TLOU2 with absolutely 0 expectations and absolutely loved it. I later read how much hate the game got, and I wholeheartedly disagree with it. FOR ME, it was an incredible experience.

Zedd believes that luck is key to success

Zedd: I believe that the external influence into ones achievement are substantially higher than we tend to imagine. While I think that being incredibly good at music can push your “required luck” down a lot, there is always going to be a lot of it needed in order to be successful.