A$AP Rocky and Rihanna are the King and Queen of New York in the “D.M.B.” video
Written by UbertoSmith 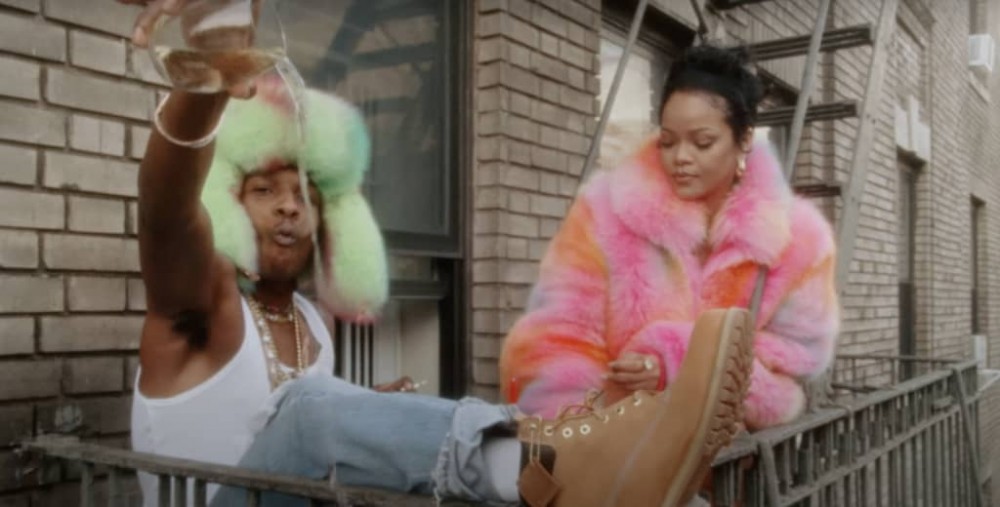 Say what you want about A$AP Rocky – I’m of the mind that the TESTING backlash was a bit overwrought – but the man knows how to make a music video. The visuals for his new single “D.M.B.” (an acronym for Dat’s My Bitch, not Dave Matthews Band) is one for the books even in the context of Rocky’s impressive resumé.

Co-starring Rihanna, Rocky’s partner and the mother of his child, the “D.M.B.” video takes a song about embracing total infatuation and spreads it into a psychedelic love letter to New York City and the underbelly that has so enraptured popular culture. Skepta, Hector Delgado, Krash, Nort Ollem, Shlohmo, and D33J all contribute to the song’s production, which finds Rocky revisiting the chopped-and-screwed inspired sound that made him famous while leaning into the stranger experimentation that keeps him an artist to watch.

“D.M.B.” could be the first taste of Rocky’s upcoming album All Smiles, which was “90 % done” a year ago and featured contributions from Morrissey. In Paril, Rocky was arrested in connection with a 2021 shooting in Los Angeles.