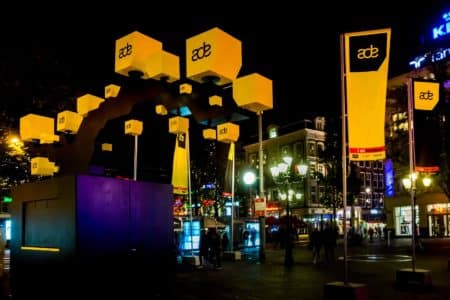 Just over a week after wrapping up its 2021 edition, Amsterdam Dance Event has announced its dates for next year.

ADE is one of the biggest electronic music gatherings in the world, and it’s scheduled its 26th edition. It consists of a conference and festival and attracts more than 1,000 events at more than 200 locations in Amsterdam.

ADE has been taking place in mid-October since 1996 in Amsterdam, which has produced many of the biggest DJs. The Dutch city is also home to one of the most vibrant dance music and club scenes.

The lineup for 2022 isn’t out yet, but fans can expect a stacked schedule from up-and-coming artists to legends, across genres.

This year’s edition included Hardwell on stage since retiring from performing in 2018. The king of trance, Armin van Buuren, moved his in celebration of ADE.

The 25th ADE took place with government-imposed coronavirus restrictions. They included 75 percent capacity at venues and clubs were forced to close at midnight. Organizers and fans hope that by this time next year, ADE will carry on as it did pre-Covid.

“Words can’t express how grateful we are that you stepped into the light with us,” ADE wrote after this year’s festival.

The organizers referred to BAKEN, a temporary lighthouse art piece that was installed as “a calming lantern on the horizon in these uncertain times.”

“BAKEN guided ADE, our scene and our visitors back home,’ ADE organizers said. “It dims now; but not for long. We hope to see you next year- even brighter.”

Stay tuned on ADE’s website and social media pages for updates on the lineup and tickets.