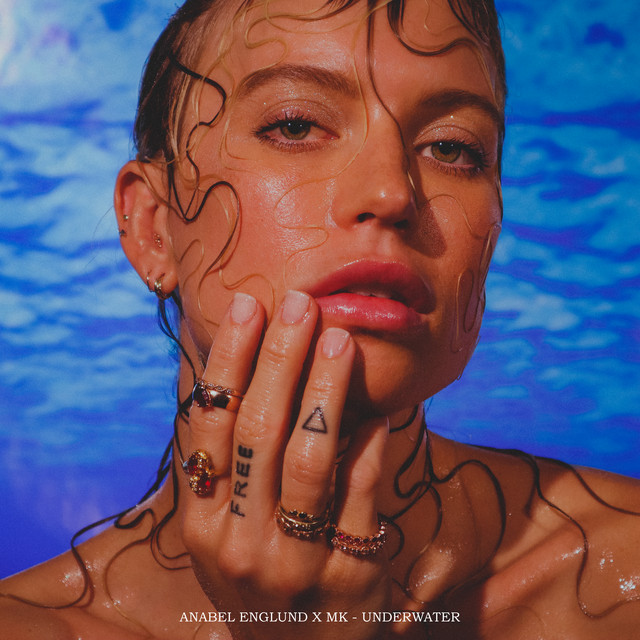 American singer and songwriter Anabel Englund has a new single out with MK titled ‘Underwater‘. This deep, electronic track is just what we needed for the weekend.

Her soothing vocals make her a veteran to MK’s collaborations. The techno bassline rhythm pairs perfectly with the house ballad. “You’ll keep on falling under” resound in the background as the four-count beat continues to the end. It’s a unique sounding track and worth a listen. With Anabel’s music, she brings together the quick wit of electronic, the unorthodox stylings of alternative, and the individuality of an indie artist.

The Los Angeles native has a passion for creating music and art. Raised in a family of musicians, actors, and doctors, she knew her passion early in her teen years. Did you know that she wrote theme songs and material for television shows for ABC Family Network? When she discovered her own fascination for dance music, she combined her classical vocal and piano training into uncharted territory.

With released music on Hot Creation, Defected, and Desert Hearts, she also works with Gari Safari.  Secondly, she curates music with her brother, Jackson, on this party-turned-label-collective. Her impressive event lineup includes Glastonbury, Coachella, Bestival, III Points, and CRSSD. Additionally, she’s graced the stages of the O2 Academy and Ushuaïa Ibiza.

Prior to COVID-19 she played at the Warehouse Project in Manchester, the new SoHo Warehouse in DTLA, and on FriendShip. Her live stream highlights capture her at Mixmag Lab Home Edition, Factory 93, and Desert Hearts. Anabel is working hard on sharpening her DJ skills.

What’s more is her eccentric, bold style. She stands out as an icon in Paris, London, and Milan Fashion Weeks.

Listen to her latest track below.