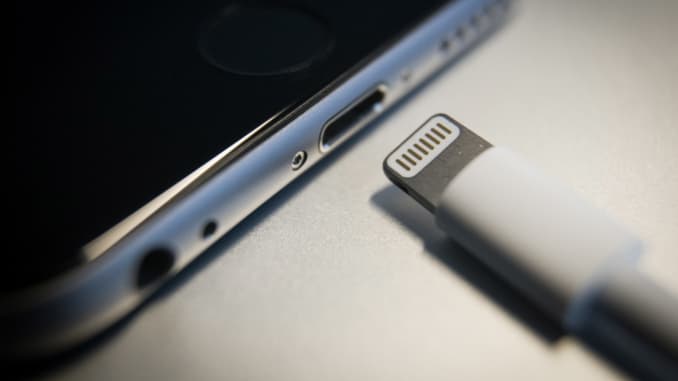 Apple is fighting back against the European Union’s call for a universal phone charger. As you likely know, most of Apple’s devices, new and old, still rely on the lightning connector. While Apple has slowly begun to transition to USB Type-C cords, they have a problem with a universal charging cord. In a recent statement, Apple sends a stern warning to implementing such a serious regulation.

The EU claims that a mandated charging cable for electronic devices would cut down on environmental waste and reduce costs to consumers. On the other hand, Apple believes setting such a broad regulation would “stifle innovation”. In addition, Apple states the proposed plan would cause increased cost to consumers. For example, if Apple was forced to leave behind the lightning connector, consumers would be forced to throw away their current accessories and purchase new ones.

“We believe regulation that forces conformity across the type of connector built into all smartphones stifles innovation rather than encouraging it, and would harm consumers in Europe and the economy as a whole,”

Apple first implemented the lightning cable back in 2012. Since then, there hasn’t been much change in terms of charging. Apple’s introduction of wireless charging back in 2017 was a much-needed step forward but the is unclear. While there’s rumors Apple will finally switch to USB Type-C, there’s also rumors that they’ll remove the charging port altogether. Forcing users to wirelessly charge their devices is an entirely different issue but could cut down on consumer .

All in all, we’ll have to wait and see how this conflict is resolved. The EU has been trying to mandate universal charging for more than a decade but has never reached a resolution. You can read Apple’s full statement here.