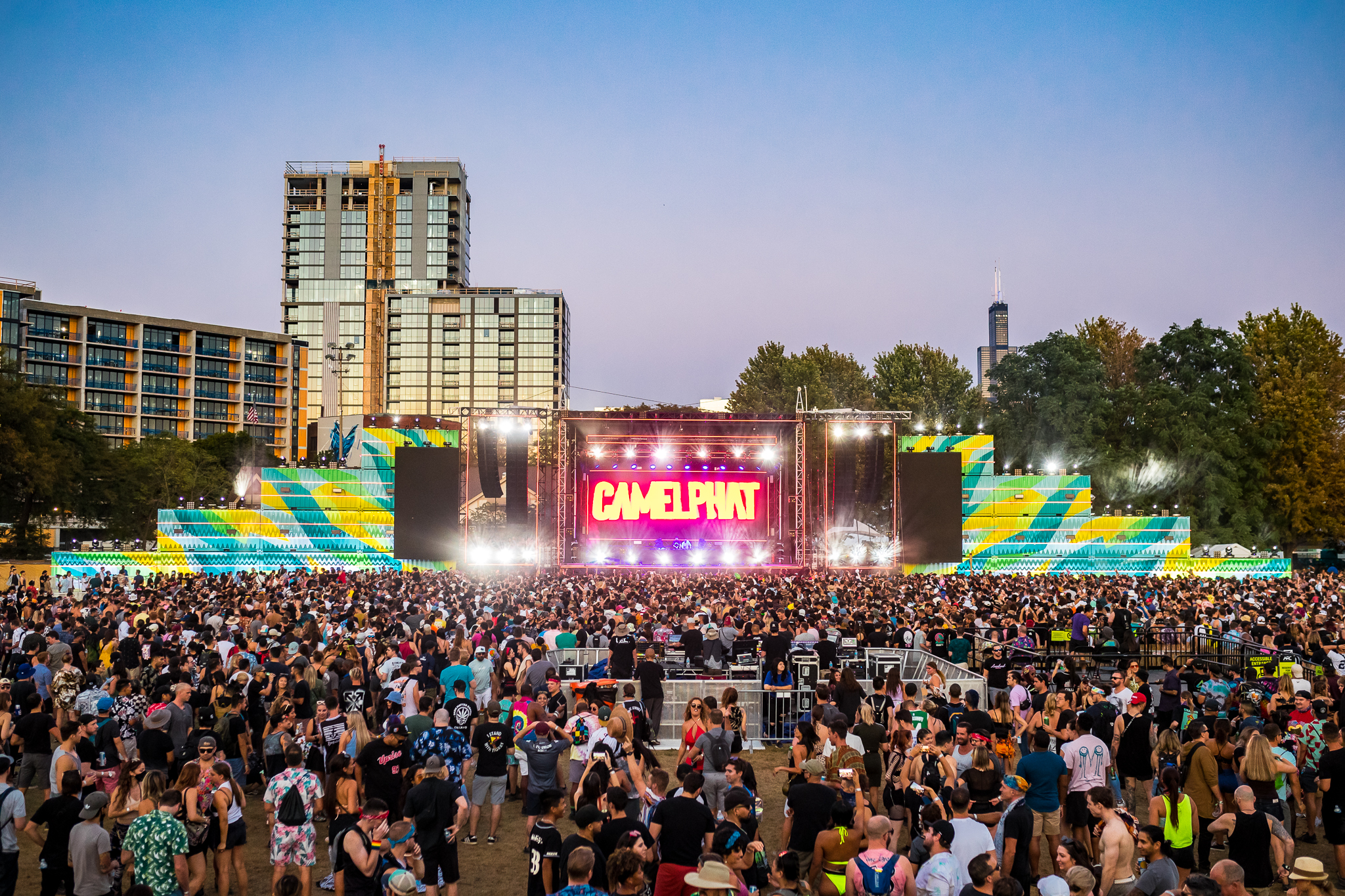 Today’s music festival landscape is very treacherous. It’s littered with the abandoned social media pages of festivals that have long since been put out to pasture. Today’s music festivals are mostly all organized under one of the major promotional groups like Insomniac or AEG Presents or Made Events. For a brand new festival to be launched it takes a lot of guts, good planning, and a stellar lineup. Many never make it the 2nd year or have major problems in the first few years. Chicago‘s ARC Music Festival totally stuck the landing, exceeding all expectations. Sure the production might be a little better at Electric Zoo, but that’s a festival with longstanding corporate backing and years of experience in the same venue. The fact that it was the first year of this festival makes the whole thing even more astounding. This festival is here to stay.

The lineup was a mature dance music fan’s lineup, to be sure. It featured a relatively wide range of underground styles, from Drumcode Nicole Moudaber to Deep House Luttrell to Progressive Pryda. There was something for everyone, and there was no bubble gum pop mainstage to contend with. Even the main stage featured incredible artists and slick production. Even better, most of the sets were 90 minutes or 2 hours. None of that 50-minute BS around here. While travel difficulties in 2021 caused some major upsets with Adam Beyer, Mathame, and others, the festival still managed to shine through and impress everyone.

There’s something to be said about a festival where all of the artists are quality. Everybody was playing at the top of their game, reverberating off the energy of the other sets. As a result, Eric Prydz performed some of his best sets ever during the weekend. Also, the entire Eric Prydz fandom made it out for this festival to see their idol perform not one, not two, but 3 sets over the weekend. That’s about six hours of Prydz in one weekend. Even better, the crowd similarly had good music taste and maturity.

The festival featured three (3) stages. First you had the main stage which featured names like ZHU, Nicole Moudaber, Camelphat, Meduza, and Eric Prydz. The stage at first appeared relatively simplistic, but at night it revealed its true form. Besides the LED screens on the sides, there were plenty of lights throughout along with all the lasers you would expect. Let’s just say it suited Eric Prydz perfectly for his closing set on Sunday.

The second stage was a full-on elrow tent, and this was probably the most fun stage. It was all elrow all the time, including all the crazy neon, streamers, and random trippy characters parading about. Here you could see Lee Foss, FISHER, Hot Since 82, and more set to the dazzling production that only elrow can provide. It was a constant rager in that tent.

Lastly, you had the smaller Expansions Stage. At first this stage seemed underwhelming, and it certainly was a bit small for the type of crowd that Cirez D would attract. However, this was probably not the original plan for the festival in the first place. Surely ABCD would have closed the mainstage on Saturday had Adam made it. The crowd for Cirez D was simply so thick that it might be hard to actually see Eric up there on that stage. On Saturday it was grey and gloomy out, looking almost like a Berlin industrial vibe. Once it got dark, the stage came to life almost like the Tomorrowland CORE Stage. It had the same type of vibe, and it totally worked once the night set in. On Sunday the weather was much nicer which gave the stage a whole different feel.

This festival went hand-in-hand with a series of afterparties. In fact, some afterparty tickets were bundled with festival tickets. For the Pryda afterparty, this made things very difficult for 3rd party sellers. The good afters sold out and then everybody wanted to find somewhere to go after 10PM. Tickets for Pryda were over $200 because they also included a festival ticket not being used. However the range of afters was impressive, and the Radius venue was absolutely perfect for Pryda.

This festival featured 2 levels of VIP, and honestly, they’re both worth the money. While “Global” VIP gave you access to your standard elevated viewing deck with a dedicated bar and bathrooms, you also received a free drink each day upon entrance. Nice touch!

The Icon VIP level is where you really get the value though. This level has an entirely separate additional section with an open bar (cash tips) and free food. This was bao buns, a taco truck, and more. They also featured massages, a barbershop, and more, which supposedly were all free. Considering drinks were $13 for a High Noon up to 20+ for a regular drink, you can see why the Icon VIP might make financial sense. It also had its own dedicated entrance with no line, where the Global entrance did have a bit of a wait.

Perhaps this is a post-pandemic thing, but it seems that festivals have forgotten the importance of water stations. I did not notice a free water station on the festival grounds, having no choice but to buy water bottles at the bars during the festival. It would be wise to feature more or these and push them more prominently.

This festival ran from 2PM to 10PM each day, which was a new experience for me. Usually, a festival ends at midnight, so by the time it’s over you might be ready to wind down for the next day. When it ends at 10PM, an afterparty is an absolute must. I suppose this was the point because Chicago venues close around 330-4am, but it was unusual coming from somebody used to Florida festivals.

The festival logistics were a bit confusing compared with others, but it was nothing major. Rather than rely on an RFID wristband, the festival relied on QR codes sent to your phone. This was confusing for people buying and selling tickets since all they received was a QR code and that’s it. What’s more, you have to hold and scan the QR code each day rather than flashing a wristband. It adds a little time and hassle to the waiting line, but it’s a first-year festival after all. This is on top of already having to pull up your vaccine card on your phone too.

Leave Electric Zoo for the teeny boppers because ARC Music Festival should be your Labor Day Weekend festival in the future. After the success of this year we expect a great event again in 2022. Hopefully Eric Prydz will become a “resident” of the festival and we’ll be graced with all his aliases in one weekend once again.