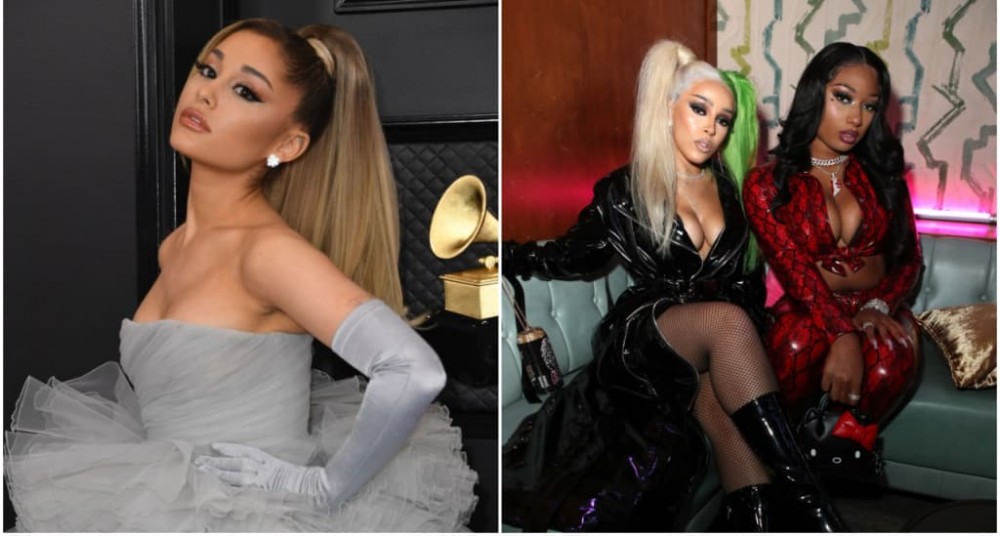 Ariana Grande has shared a new version of her song “34+35” featuring Megan Thee Stallion and Doja Cat. The remix arrives shortly after Grande began teasing the remix on social media earlier in the week. Check out the track above.

Grande was busy over the holidays as well, releasing the concert film excuse me, i love you on Netflix and teaming up with Mariah Carey and Jennifer Hudson for the Christmas song “Oh Santa!”