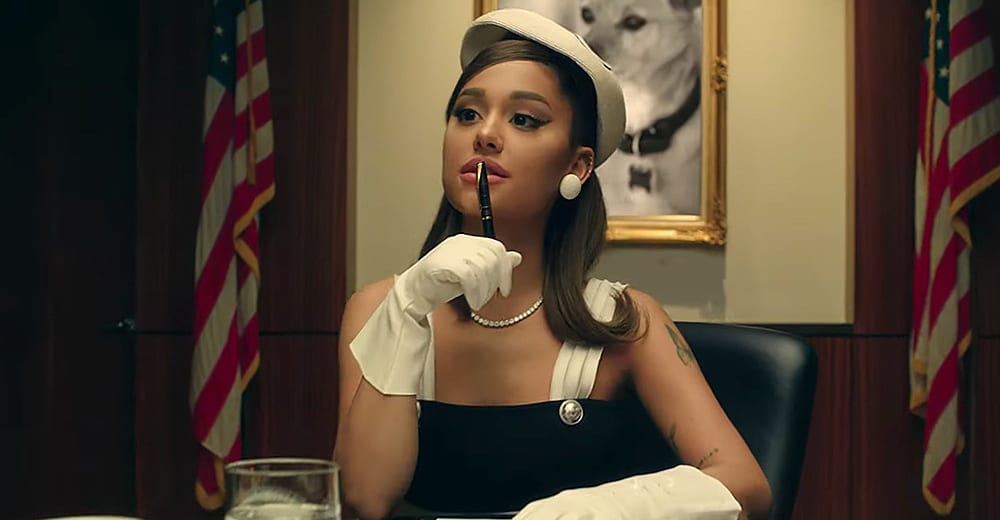 Ariana Grande has shared new single “Positions” alongside a Dave Meyers-directed video in which she plays the President. Grande settles into the role with ease, holding her own at press conferences and taking her dogs for a walk through the White House grounds. Check out the video above.

“Positions” is the lead single from Grande’s as-yet-untitled new album, which Grande stans have speculated will be released next week. Grande announced the arrival of new music with two countdowns; one timed to the arrival of “Positions” and another for October 30.

In December 2019, Grande released the live album k bye for now. She was nominated for five awards at the 2020 Grammys, including Album of the Year and Record of the Year (“7 rings”). Her latest songs, “Stuck With You” with Justin Bieber and her feature on Lady Gaga’s “Rain On Me,” both debuted at No. 1 on the Billboard Hot 100. Her most recent studio album, thank u, next, was released in 2018.