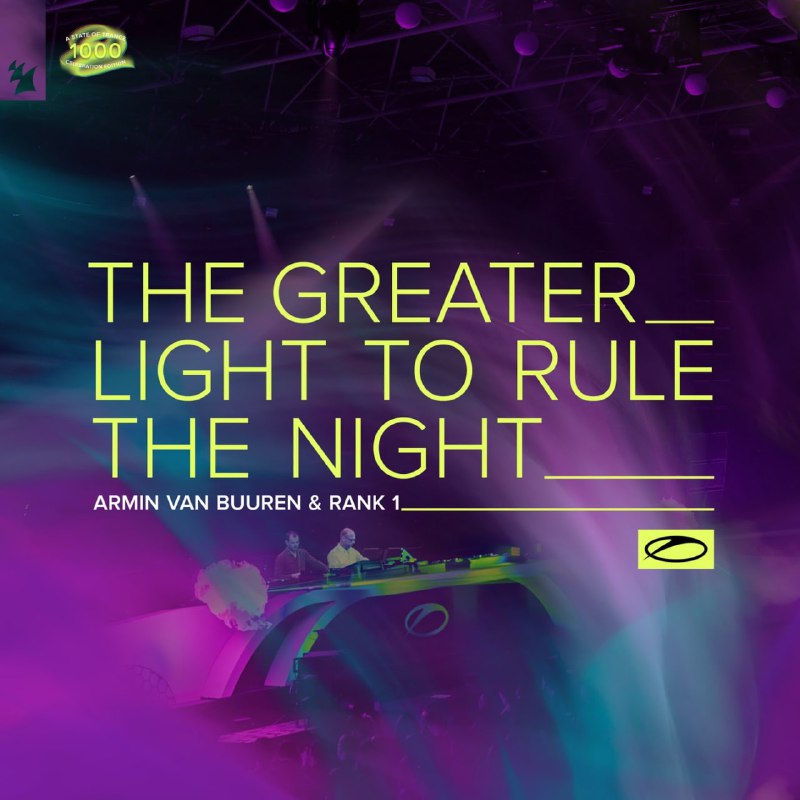 Trance legend Armin van Buuren and his compatriots Rank 1 have released their last track. One of the most anticipated collaborations since several years ago. ‘The Greater Light To Rule The Night‘ marks both the return of Rank 1 and the celebration of 1,000 episodes of A State Of Trance. All of this is compressed into one epic club track.

Barely a week has passed since that incredible collaboration . Now we already have another track by two legends. Armin and Rank 1 had already collaborated many years ago on the iconic track titled ‘This World Is Watching Me’. However, while that one was more dance-oriented, this is an entire trance hymn.

Both names are great references within the trance scene. While Armin van Buuren needs no introduction, Rank 1’s track record is noteworthy. The Dutch duo has achieved great triumphs throughout their journey through the musical world.

The Greater Light To Rule The Night

With all this background, we agree that there is no better way to celebrate the concept of trance than with a collaboration between these two great names. Of course, having this in our ears is not a disappointment, as they bring us a fresh yet classic concept. Within, they derive the clear spirit of Jean-Michel Jarre in the essence of this one, beckoning toward the old days.

‘The Greater Light To Rule The Night’, as its name implies, is a guiding light in the night. Its melodies defined as trance is a perfect sensation of having found the light at the end of the tunnel. In summary, a perfect candidate for Tune Of The Year, and a testament to how beautiful trance music can be. As well as a possible premonition, that heralds the return of this genre to the world’s mainstream scene.

You can listen to Armin van Buuren and Rank 1 – ‘The Greater Light To Rule The Night’ below!