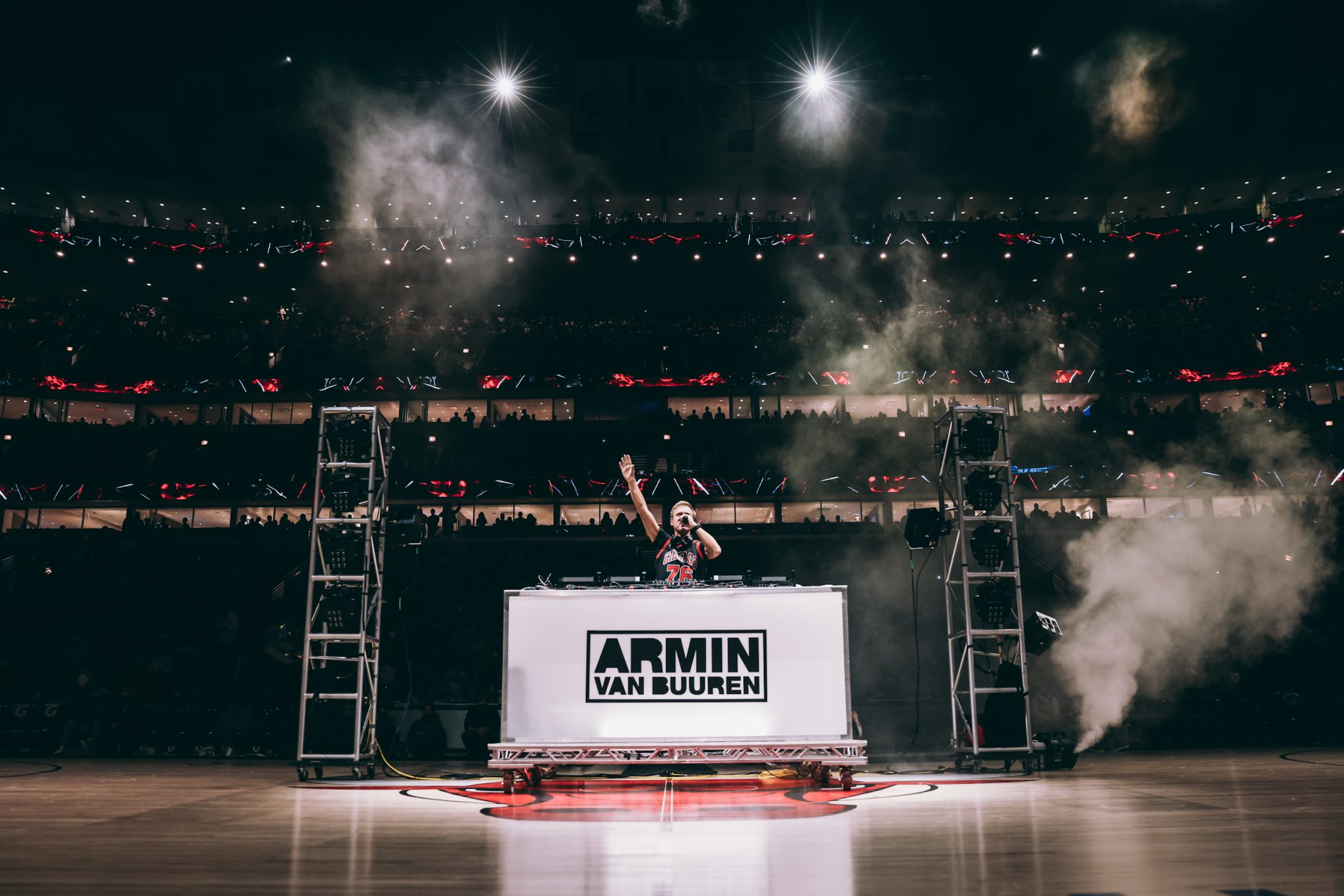 Armin van Buuren made the night even more special for Chicago Bulls fans last weekend with a surprise performance at the stadium. After a series of North-American shows, Armin chose to finish things up with this appearance that he and the fans will remember for quite a while.

The Dutch DJ played ‘’, his recent collab with Canadian artist AVIRA. This went unnoticed in the stadium considering that the track is a rework of The Alan Parsons Project’s iconic track of the same name, which was the anthem of the Chicago Bulls in the ‘90s. And that led to the five-time #1 DJ playing the single live during the Chicago Bulls’ home game against the New York Knicks at the United Center.

Besides this very iconic moment, the Chicago Bulls stadium got to enjoy many tracks and new releases such Armin’s recent collab with The Stickmen Project ‘No Fun’. Armin’s huge hit ‘Blah Blah Blah’ also resounded in the NBA stadium after making its way into soccer as well. ‘Blah Blah Blah’ had already been the with its unique and powerful vibe.

“Last night felt like a childhood dream come true, as I’ve been a longtime fan and also followed the recent Netflix series about Michael Jordan and the Chicago Bulls..It was a great honor to do a special halftime show and I’m still buzzing from the performance.”