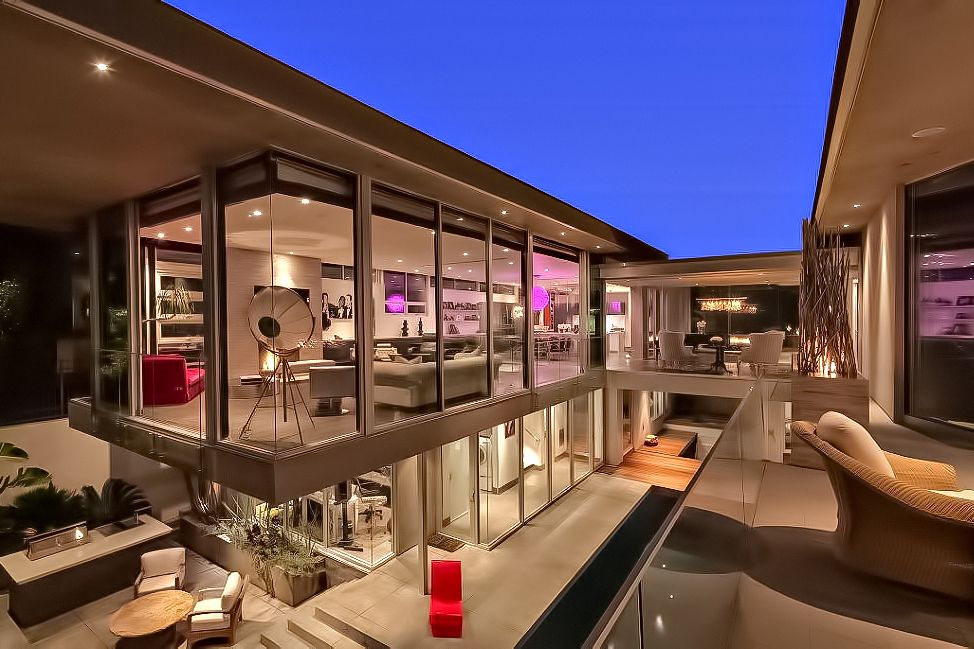 In his last ever Instagram post, the late Tim Bergling showed love for his breathtaking home overlooking the City of Angels. Nearly two years after Bergling’s passing, the firm that designed his house has put the mutual feelings on display.

The producer-DJ known as Avicii was an “amazing person” and a “true musical genius,” the contemporary residential design firm McClean Design shared in an Instagram post on Thursday. The image showcases the Hollywood Hills home’s continuous pond-pool and floor-to-ceiling glass windows. Bergling posted a photo of himself on a step over the pond 16 days before he died on April 20, 2018.

“It’s always sunny in California,” Bergling captioned it with sun and cloud emojis. He seemed to convey the opposite on that overcast-looking day.

It turns out Bergling not only inspired artists and fans, he even gave rise to the designers of his home. In the throwback Thursday post, McClean Design wrote that it was “the project that probably kickstarted our firm into high gear more than any.” The picture captures the property on a sunny day, without Bergling or the silhouette of his grand piano.

“We had been working for almost 8 years before this house on blue jay way grabbed a lot of attention in the Los Angeles area. There has been no looking back since,” the firm’s Instagram post states. “We had a terrific time working with Tim Bergling otherwise known as #avicii remodeling and reimagining it. Tim was an amazing person and a true musical genius.”

McClean Design ended by stating that the team is looking forward to “reimagining it once again” for the new owner. The hashtags included #city #lights, which appear to reference Avicii’s track ‘City Lights’ released in 2015.

The documentary reveals that the Swedish DJ at a young age dreamed of moving to sunny Los Angeles. Soon after his musical career took off, Bergling in 2013 purchased the mansion for $15.5 million. Bergling’s house sold off-market a few months after his death for $17.5 million.

McClean Design elaborated on Bergling’s former home in another post on Friday. In addition to lines from the previous post, the firm added the home’s most interesting detail “is the continuous water element that splits the house in two.” If it wasn’t Bergling’s idea, he certainly approved of it.

“Starting with the waterfall at the entry the pond spills down into a 75 foot swinging pool that cantilevers into the city view,” the firm states. “It’s like a river literally runs through it.”

It was the home where Avicii worked on his brilliant melodies and progressed as an artist. It was also where he continued to produce music after he stopped touring due to his stress and anxiety.

And it was the backdrop for many of his messages to the world, including on January 17, 2018: “Cant live with it, cant live without it.”