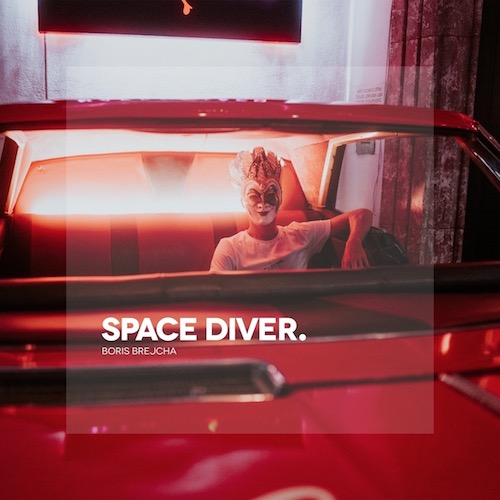 Looking for a new journey to set foot on? Hop aboard Boris Brejcha’s latest album, Space Diver. Get ready to suit up and venture into an astronomical journey for the ears. Space Diver sets sail through 12 otherworldly tracks. The album is an intense, emotive journey that guides listeners through a plethora of atmospheric soundscapes. Brejcha has left a trail of bread crumbs with a few previously released singles leading up to this massive album. Following recent singles like, ‘Gravity’, ‘Lieblingsmensch’, and ‘To The Moon And Back,’ the pieces of Space Diver are finally complete. Overall, Boris Brejcha’s Space Diver album is a sonic encapsulation of rich, energy-packed, hi-tech minimal melodies.

Known for his signature sound, Boris Brejcha is a mastermind when it comes to creating unique soundscapes in his songs. The entire album is a wild ride from start to finish. Throughout the 12 astronomical tracks on this album, Brejcha incorporates his masterfully crafted manipulation of sounds. The entire album runs a total of 1 hour and 34 minutes, and it is nothing short of captivating. Just a few months ago, Boris teased fans with the release of the first single from this album, ‘Gravity.’ The following releases were scattered out from Summer to Fall of 2019 with ‘Happinezz,’ ‘Never Look Back,’ ‘Lieblingsmensch,’ and ‘To The Moon And Back.’

After following a few of his sets, and attending his very first US debut show, there are a few tracks in this album that struck out to me indefinitely. Boris Brejcha has always teased a few of his unreleased tracks, sneaking them into sets here and there, always to create a sense of mystery in wondering what his track IDs are. Now, we finally get to hear the missing ingredients in all of their full, extended glories.

Serving as the fifth track on this album, ‘Space Diver’ is definitely one of the shining stars aboard this ship. With the same name as the album itself, ‘Space Diver’ is a track that perfectly sets the tone for the entire album. The song starts off with pumping kick drums layered with a heavy synth melody. Boris’ tactical use of percussions in this track delivers an intoxicating medley of sharp hi-hats that ricochet against deep, retro synths. The main, energy-fueled melody mingles with a translucent, dreamy breakdown by the middle of the song. The song represents the emotive energy that truly resembles a feeling of diving into space.

‘Take It Smart’ delivers a darker, heavy-hitting punch as the eighth track on this album. Starting off with a rolling, acid bassline and synth intro, ‘Take It Smart’ launches a cosmic, faster-than-light vibe throughout the track. This is an absolutely tasteful track that stimulates deep, dark, acid techno vibes. Brejcha masterfully adds the perfect amount of ingredients to this track that breathes fire through and through.

A prominent note in the entire Space Diver album is Boris’ cunning use of retro elements. As the ninth track on this journey, ‘Future’ is a track that is somewhat a play on words. The song paints a picture of vapor-wave meets cyberpunk. There’s a lot of 80’s elements incorporated into this track that makes it intergalactic in every way.

Boris Brejcha will resume his tour in Europe and will perform at Awakenings Festival 2020 in the Netherlands on June 28th. Be sure to check out the rest of the marvelous tracks on Space Diver below.