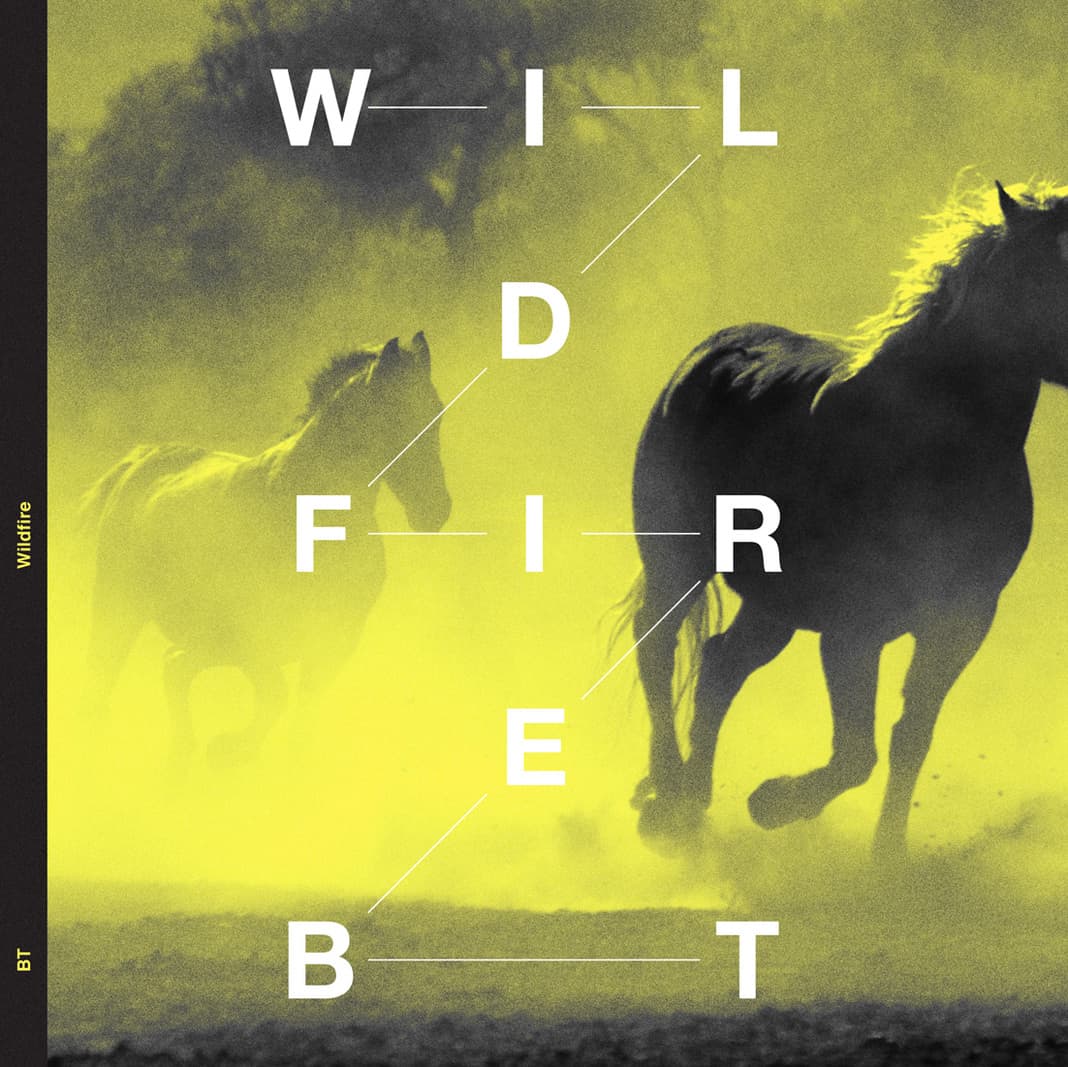 By degrees, BT moves the tone on from his July-released/April Bender-sung single ‘Windows’ to ‘Wildfire’ – and something markedly more trance-progressive in approach. Taken from last summer’s ‘The Lost Art Of Longing’ LP, the track gathers intelligent lyrics, a beautiful song, and a killer original production, adding in some every-bit-as floor-flaming remixes to seal its deal.

Through guitar strum and piano ponder, BT’s original version embarks in tranquil enough fashion. True to title though, before long – propelled by bass waves, harmonic winds, and sun-tipped synths, it’s charting a course altogether more unbridled. ‘Wildfire’s song (written & performed by Canadian vocalist Brenna MacQuarrie) weighs up the age-old enigma of ‘can’t live with/can’t live without’, allowing the listener to draw their own conclusions as to its outcome.

For its remixes, the track’s lent two strikingly different trance shades by Sean Tyas and Somna. Mr. Tyas wastes no time in rolling out the big bass drum, developing a robust intro with a New Order-ish quality to its undertone. Looping and dubbing ‘Wildfire’s vocal, he brings some 303-squall to its game, before reaching musically skywards through its uplifting mainline.

With his version Somna channels a bit of the Original’s arrangement, commencing calm, before – post-break – darting straight for the club floor-jugular. In the drop, he builds up the snares, before finally (and fully accompanied by ‘Wildfire’s vocals) releasing in a bombastic display of run-amok bass, flying frequencies & grinding FX.

‘Wildfire’ is accessible via this link (https://blackhole.lnk.to/wildfire).