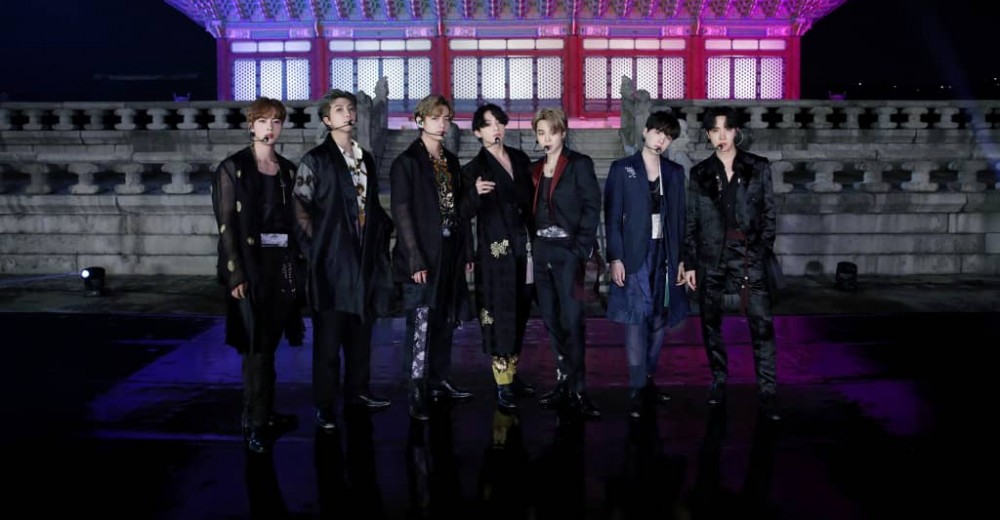 BTS are taking over Jimmy Fallon’s Tonight Show, with the K-pop boyband booked to appear on every episode of the late night show this week. They began things on Monday with a performance of their song “Idol” in the grounds of Gyeongbokgung Palace. The palace is located in northern Seoul and is the largest palace built by the Joseon dynasty. Check out BTS’s performance above.

“Idol” is taken from BTS’s 2018 album Love Yourself: Answer. The group, Jin, RM, J-Hope, Suga, V, Jimin, and Jungkook, recently confirmed details of their second studio album of 2020. BE (Deluxe Edition) is scheduled for November 20.

“Even in the face of this new normality, our life goes on,” the band said in a statement announcing the record. The album is preceded by lead single “Dynamite,” which the group performed at the 2020 MTV Video Music Awards and as part of a recent NPR Tiny Desk Concert set.

BTS’s previous album Map of the Soul: 7 arrived in February. A Japanese-language edition of that project followed in July.