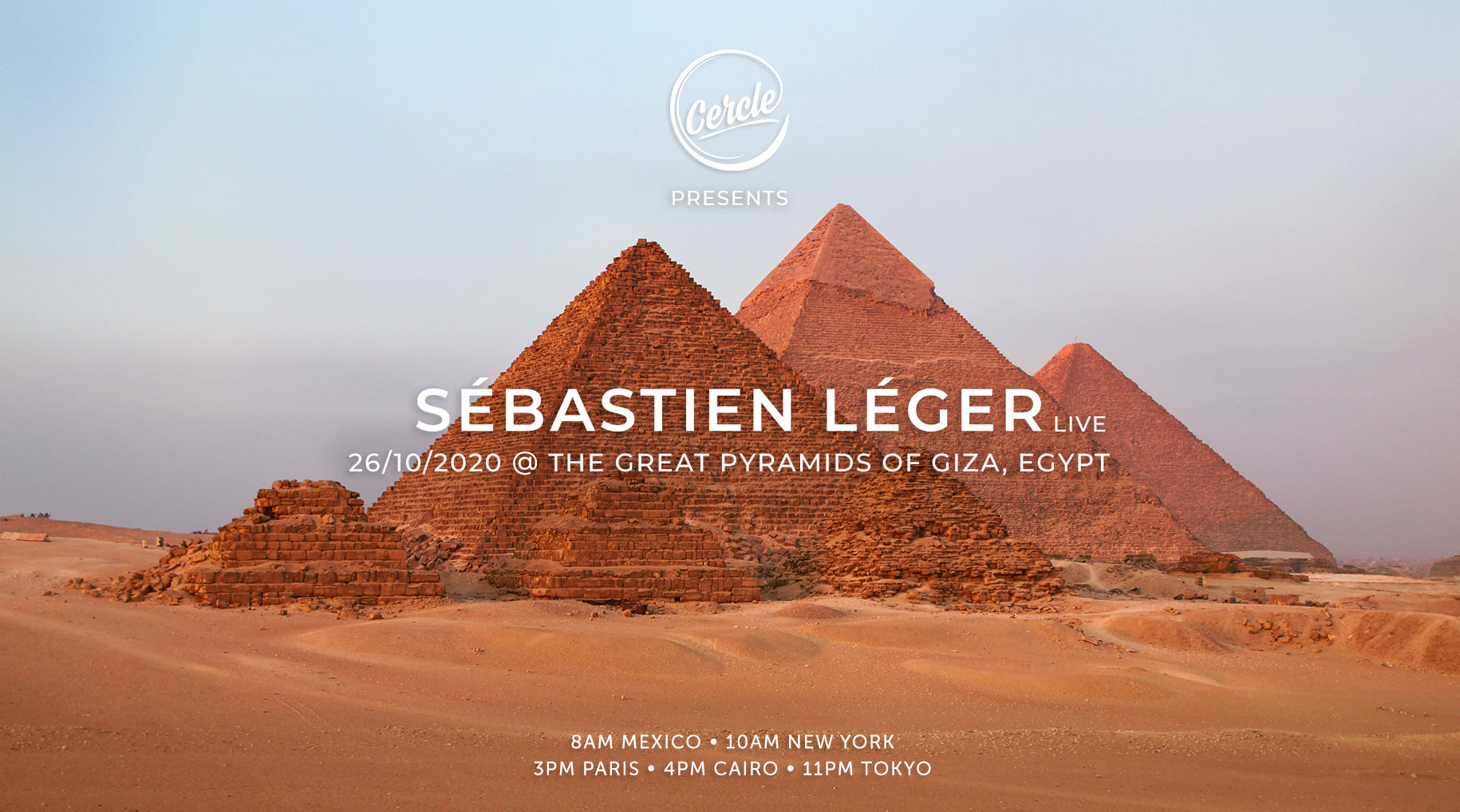 Like every Monday, we can expect Cercle to have something in store for us. Usually, it’s a new live show in an incredible location to make us cope with these COVID times. This Monday, it’s French DJ Sebastien Leger who performs – this time, from the Great Pyramids of Giza in Egypt.

The event will be taking place without a crowd in front of the 3 pyramids. This includes the pyramid of Cheops, the only still-visible wonder among the 7 Wonders of the Ancient World.

Leger will be playing his new track ‘Giza’, which was produced for this occasion. The track will be released in few weeks under Cercle Records, the new label from the events company.

Cercle announced the launch of this label almost 6 weeks ago, when they hosted Ben Böhmer live from an Air Balloon in Turkey. Böhmer, a German artist, also signed the first track on the label – ‘Cappadocia’, named after the location where the event took place.

So it’s seeming like every track released on Cercle Records will have the name of the location where it took place. If you don’t want to miss this Pyramids event, it will be taking place next week. Tune in on Monday 26, at 4 pm local Egyptian time (that’s 10 am New York, 7 am Los Angeles, 3 pm Paris, and 10 pm Tokyo).