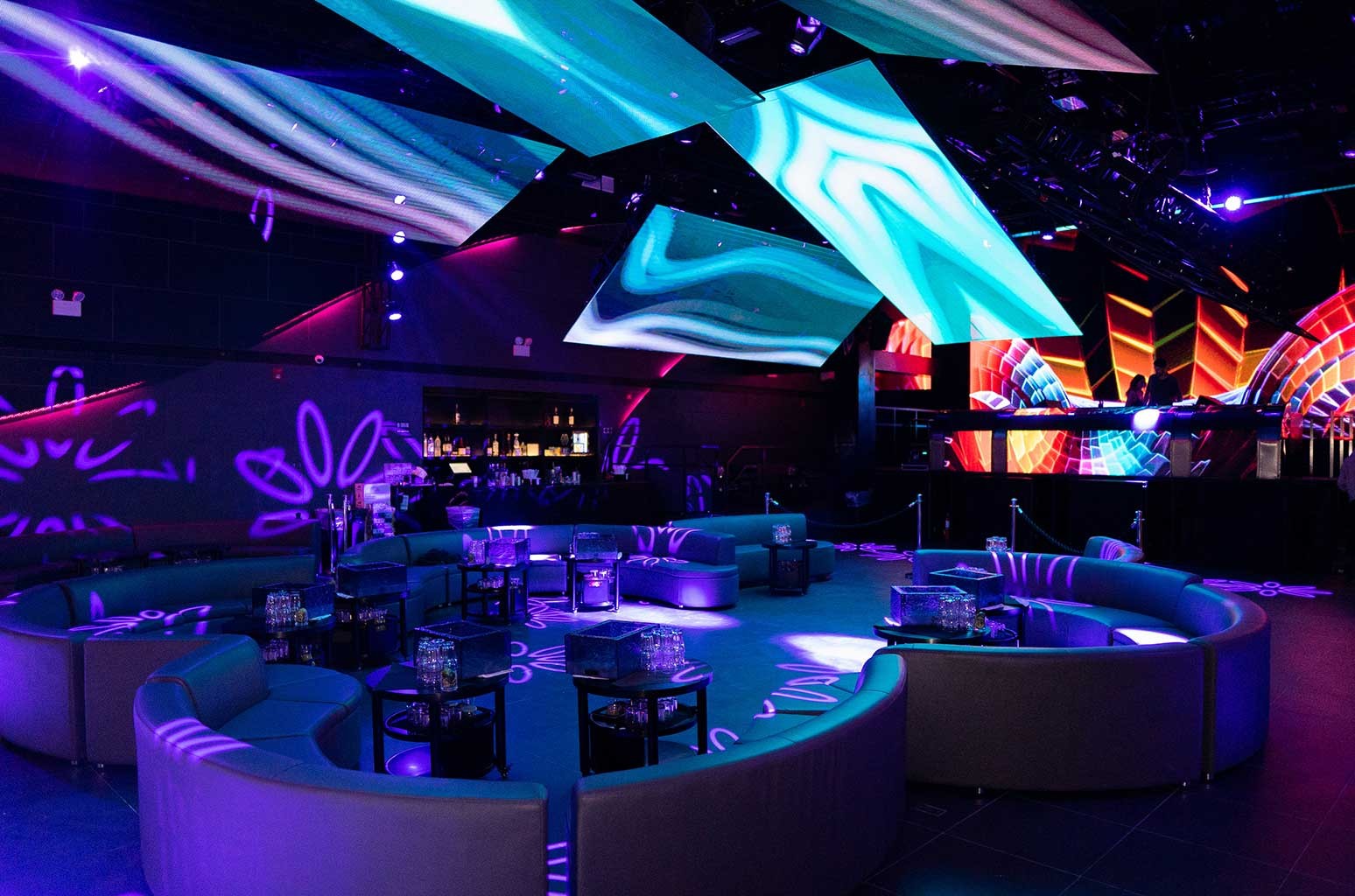 New York City had a thriving Summer. While the pandemic still remains, New Yorkers got back to their roots and began Clubs were filled and dance music was back. Nightlife is back so much, even new clubs are opening. This week, Nebula looks to make their stamp on the New York EDM scene. The newest club in NYC is taking EDM into space.

Nebula is an 11,000-square-foot mega-club located in Midtown, just off of Times Square. It is an intimate club experience with space for 700. The newest NY club features a 5,500-square-foot dance floor, a 2,500-square-foot mezzanine, and a 3,000-square-foot lower level. The place is decked out though. The ceiling is made of six LED panels that move. This allows club operators to transition from a big roof to low-hanging visuals.

Rob Toma leads the club’s music programming. He is the founder of the New York production company TCE Presents and the founder of New York’s Teksupport. They booked some impressive talent to open its doors in the first week. Gordo led the way this past weekend. He was followed by Purple Disco Machine. This week Malaa took over the decks and he will be followed by Camelphat for Halloweekend.

Richie Romero is the club’s founder. He is a former partner at Butter Group, the lifestyle and hospitality company behind clubs including 1OAK and Up&Down. His business partner Yang Gao joined him in this effort, he is the co-founder of MIXX Lifestyle Group. $12 Million was put into Nebula lifting into outer space.

If you are in New York or just visiting, this is a must-check-out club.