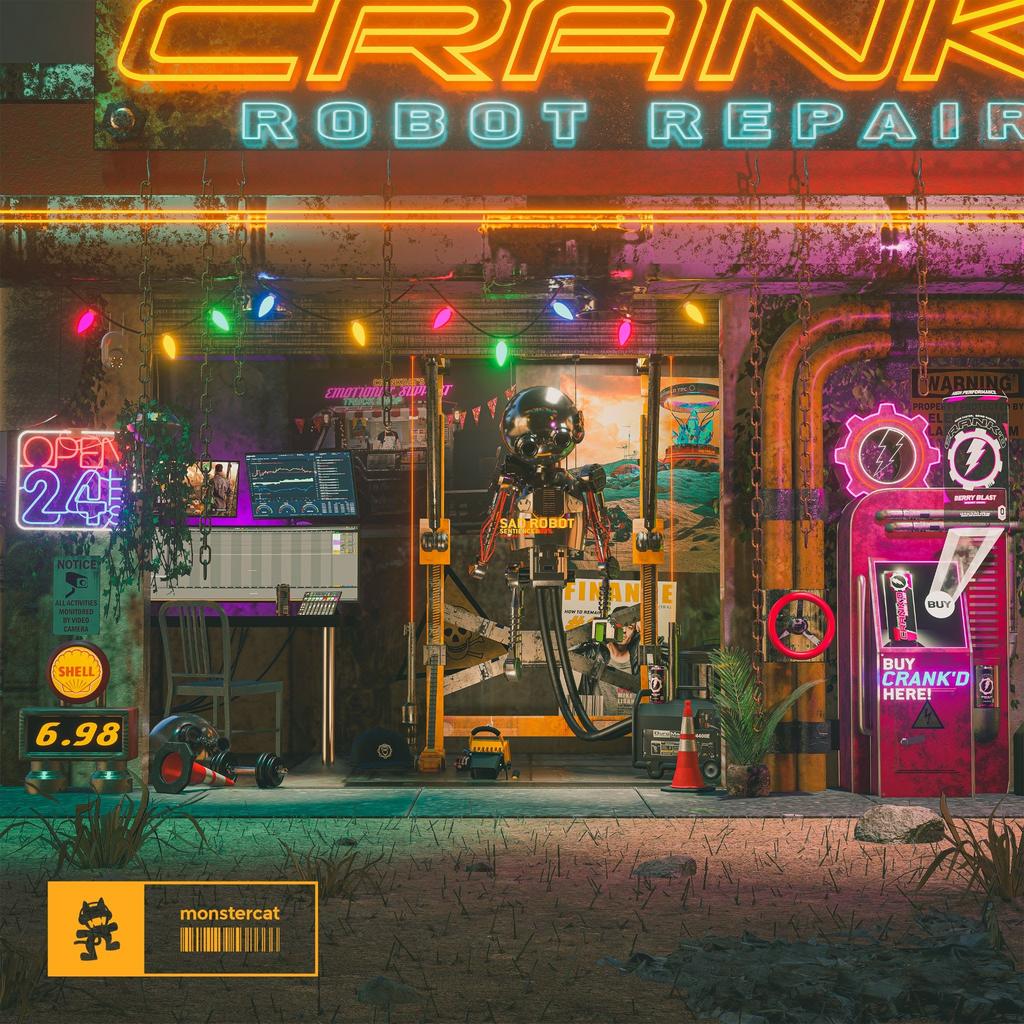 Crankdat has undoubtedly been on an incendiary roll recently with one stunning release after another, and he’s here to present the Sad Robot EP via Monstercat. This marks his debut Monstercat EP, featuring the previously released singles, ‘‘ with JT Roach, and ‘‘ alongside Ace Aura.

With this body of work, Crankdat approaches his new productions with a fresh mentality of revamping the past. Taking in the familiar melodic tones that rocketed him within the scene, he fuses them with the heavier soundscapes. Beyond being a stellar producer in his own right, the artist also dabbles in visual design. In addition, this practical skill gives him complete control and allows the full unfiltered portrayal of his project. Being this hands-on is a rather underrated skill, but the passion shows, so take a look at the hilarious video below.

This EP showcases my melodic style in a manner reminiscent of the music I made when I first started my project back in 2015.

Kicking off, ‘Wish You Were Here’ could not have been a better start as it introduces us to the soundscape. Simultaneously, the vocal-tuned concept is portrayed without a cheesy effect all while the hard-hitting raging sonic layers deliver a powerful energetic mix. Nonetheless, Crankdat presents an earnest extension of himself, providing only the best of what he has to offer given a particular moment in time.

Listen to Crankdat leave us in jaw-dropping amazement through his Sad Robot EP which is out via Monstercat below! Keep an eye out for our chat with him coming up on Thursday too, there’s a ton of insight in there.