Cristoph & Yotto Form A Perfect Union On ‘Out Of Reach’ ft. Sansa Via Pryda Presents
Written by Robert Elston 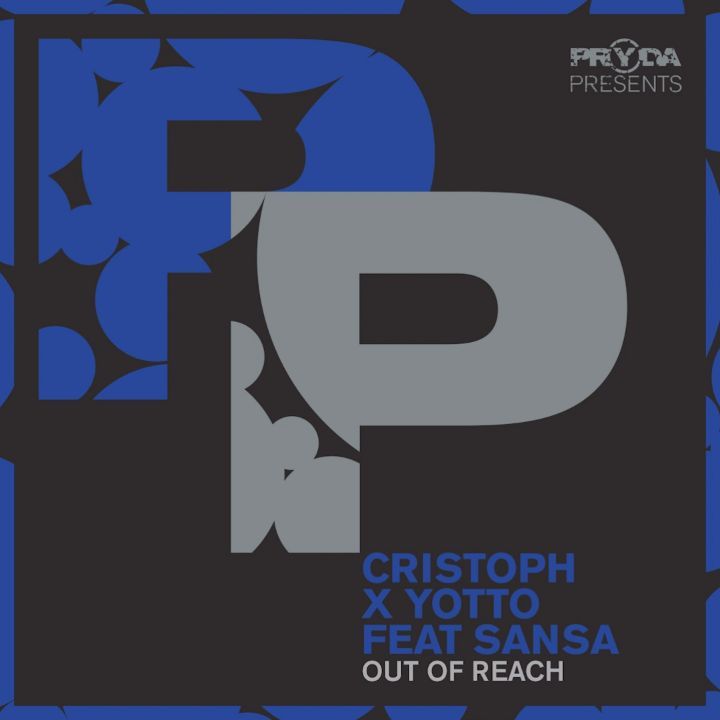 Christoph and Yotto seamlessly come together on ‘Out Of Reach‘ featuring Sansa which is out now via Eric Prydz‘ Pryda Presents imprint. We all know each producer to be incredibly talented within their own right, and this track is a joint statement amplifying that notion. If there’s a place it belongs, it’s definitely Pryda Presents, so there’s no doubt why Prydz is championing the track.

First off, ‘Out Of Reach’ burns upward from a rolling bass line until we’re swept up by the airy vocals. Immediately, it delves into the meat of things, bringing strobing synth melodies with the infectious groove, soon-after followed by shimmering lead notes. From there, the verse in which Sansa sings adds her sultry and breathy tone with flawless delivery to the mold. It truly controls the emotivity of the track, making the grooves even better because of their contrast.

Throughout, what makes this track immensely good is the production choices and the way sounds are pit together. There’s a soft harmony in everything happening, with the track just walking the line between a thumping dance track and a melodious one. Overall, there’s no chance we won’t be hearing this one played out everywhere from this point on.

Listen to the stellar collaborative work between Christoph and Yotto, ‘Out Of Reach’, on Pryda Presents below!