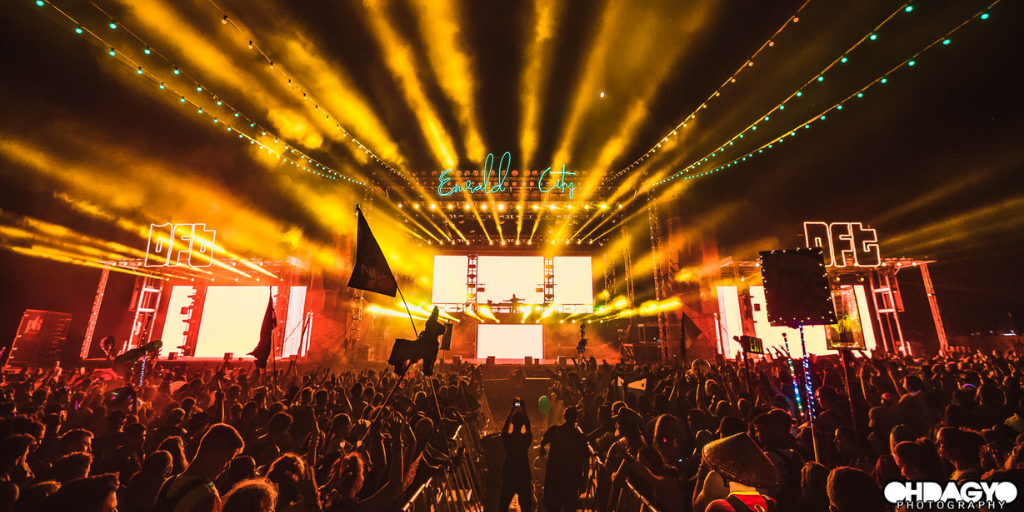 Kansas City can expect a full helping of bass with the 2020 Dancefestopia lineup. The three-day festival announced the headliners Griz, Zeds Dead and Rezz for this year’s event .

One artists on the lineup has yet to be announced, as well as the Thursday Pre-Party performers.

In past years, Dancefestopia has put together a Thursday Pre-Party in addition the three-day festival. There was no mention of the Thursday Pre-Party lineup in the initial lineup release. However, passes for the pre-party are available for purchase.

The ninth year of the event promises upgrades to attendees including enhanced production, Wednesday arrival, and car camping.

Tickets to this year’s Dancefestopia, held Septemeber 10-13, are on sale now. Three-day GA passes start at $144. In addition to festival tickets, attendees can purchase add-ons to the festival including pool party passes, merch bundles and an activities pass.