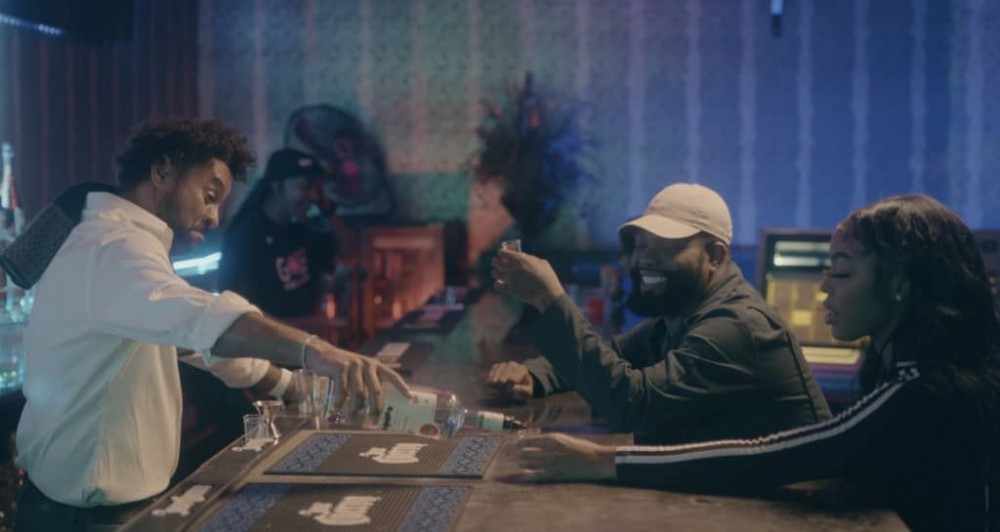 For over a decade, dancehall producer, songwriter, and director Demarco has crafted a steady stream of hits for not only himself, but fellow Jamaican artists like Sean Paul, Charly Black, and Bounty Killa. Today, the dancehall mainstay has shared his debut album, Melody, a self-produced 16-track project boasting features from Sean Paul, Konshens, Sarkodie, Spice, Stephen Marley, Chronic Law, Beenie Man, Bounty Killer, Ky-Mani Marley, and Shaggy, who appears on the track “Do It Again.” The single’s visuals, premiering above, offer a nod to Shaggy’s 2001 hit “It Wasn’t Me.” The video follows previously released singles “Ryda,” the Konshens-assisted “Mover,” and “Dance My Stress Away” featuring Stephen Marley.

“It was great to focus without all of life’s distractions,” Demarco said of putting the final touches on the project over the last year and a half. “To cut out the noise and really fine-tune the project was a positive aspect of operating in a professional capacity during quarantine.”

Working with artists across genres from reggae to R&B, and reportedly landing a single on Rihanna’s upcoming album, Demarco says finally being able to focus on and share his own body of work was like a “weight lifted off his shoulders.”

“These tracks embody my development as an artist over the past decade,” he added. “Being a writer and producer for others has helped with my own body of work too. I see things from a variety of perspectives and that makes a difference when it comes to putting it all together.”

Watch the video for “Do It Again” above, and stream the album below.