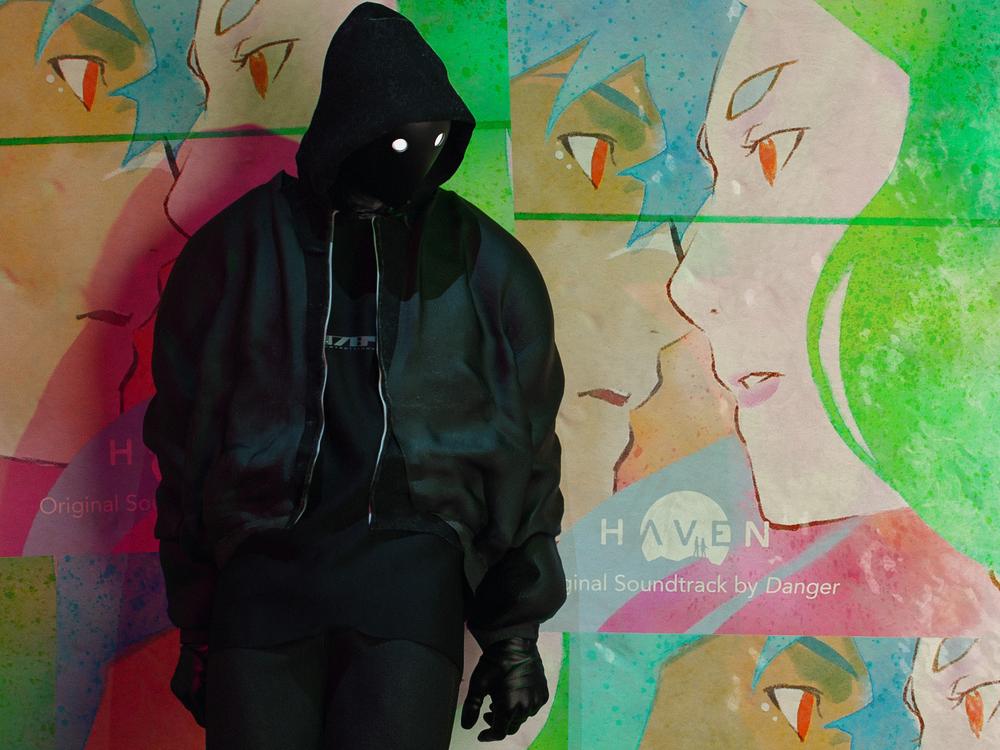 The enigmatic and influential producer DANGER returns to his electro-synthwave roots through the original soundtrack he produced for the newly released video game, Haven. The masked French producer released the lead single ‘04:42 Still Free‘ earlier, and it gave us an insight into what we can expect from this project. Notably, the soundtrack took a brighter and more playfully free direction than DANGER’s darker sound which he has been showcasing across his earlier works.

“while so far I’ve been more interested in exploring the nightmare zone in my music, the Haven soundtrack gave me the chance to explore other, brighter aspects of childhood.”

DANGER has been an incredibly influential force in the electronic music stratosphere. With time, the artist has only honed in on their meticulous touch which is individual, with the sound only possibly coming from them. Previously, DANGER made music for Furi, another video game created by The Game Bakers who are the force behind Haven. This collaboration gladly extended past the old game and found its way into a new piece of work that holds sound and atmosphere to a high standard.

For context around Haven, the game is an indie RPG that can be played in co-operative mode. It centers around two lovers, Yu and Kay, who gave up everything and escaped to a lost planet together. Throughout, DANGER’s soundtrack emphasizes the freedom of adventure and exploration, breathing further life into the game and its elements. Very often, video games might go over how pivotal the sonic aspects are, but what makes a game truly memorable and emotionally potent is the entirety of the body as a whole. This of course, includes the soundtrack, and any classic worth its salt probably has a distinctly memorable soundtrack. Just think Nier: Automata or any Hideo Kojima game, especially Death Stranding.

“‘Haven’ is a game that leaves a lot of space for exploring the environment and the relationships between the characters. Very early on, I felt that the most important emotion was the idea of a connection that the player has to weave little by little between all the various parts. The music for Haven had to express this connection: something that’s built up little by little, that becomes increasingly solid, encompassing, reassuring, bewitching, while never denying its underlying fragility.“

Music in games plays a vital part in the individual’s experience, in a way that the player can’t separate the composition from the experience. They’re in a manner of speaking, fit like a hand and glove. Furthermore, DANGER here provides a powerful insight into how electronic music such as his production, can provide a powerful tool that game creators can utilize. Overall, the artist contextualizes the landscapes, objectives, and visuals in a manner that makes the soundtrack a pivotal part of the experience. Hopefully, we’ll see further collaborations such as this in many video games to come. We’ve already seen how electronic music can be a substantial entity behind a game.

Lastly, you can also purchase the game through Steam here, and it’s available through many other gaming platforms. Listen to DANGER’s original soundtrack for Haven below!