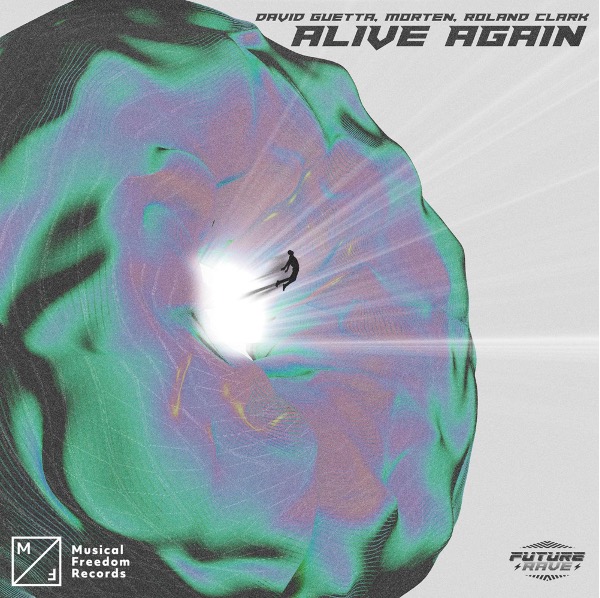 David Guetta and MORTEN just released their brand new single ‘Alive Again’ and they’re taking on the future rave front. This follows the success of their 2020 hit ‘Dreams’ and this year’s rave anthem ‘Impossible’. Both artists have created a modern era-defining sound. They build on the iconic neon-rave sound but with a pumped-up bass and suspenseful cinematic flare.

This impressive cut reworks Jack Back’s track ‘Alive‘ with a future rave style that pushes for a new age of music. It carries high voltage festival vibes and releases on Tiësto’s imprint, Musical Freedom. Guetta reverts back to his progressive house roots with this, on a deeper take of techno and tech-house driven tracks ready for the dancefloors. As Back continued his evolution to the underground, so did everyone else. Roland Clark, MORTEN, and Guetta team up for blazing collab with shockwave house hooks. MORTEN is Guetta’s esteemed studio partner and together you get that future rave festival weapon.

“Seeing how much support Future Rave is getting really shows that there is a desire for innovation. [It’s] amazing to be able to continue this extraordinary journey with my friend MORTEN. We’ve been doing this for more than a year now. I’m really happy to see that the movement is becoming bigger and bigger everyday”

It’s been quite a transitional period for festivals but that doesn’t stop the new music from flowing. New genres emerge while hints of old pop up here and there. Who will successfully create the modern era’s defining sound? Right now, Guetta and MORTEN sit on that throne with a contemporary big room, old-school pulsing rave chords, and fiery vocals. Overwhelming each one of your senses, it’ll surely make you feel alive again.

“When we started ‘Future Rave’ we knew it would be an ever-evolving sound, that’s why we created it in the first place. As the sound develops, so does the universe and the culture that go along with it. ‘Alive Again’ is a product of that. It shows that we will keep pushing the boundaries and explore all the opportunities electronic music has to offer.”

Future rave is here to stay. Listen to their new track below.