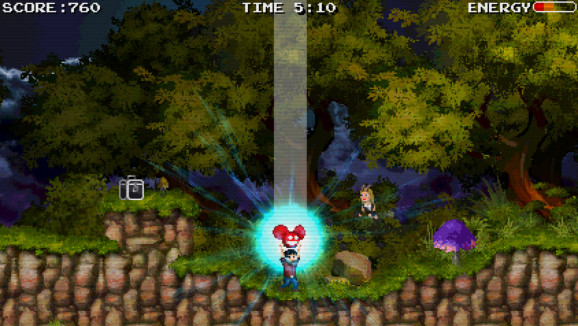 Dr. Kucho!, the mastermind behind EDM hits like ‘La tarde se ha puesto triste’ and ‘Love Is My Game’, is currently finishing production for an upcoming, free video game called “Ghosts´n DJs“. This game was inspired by the classic arcade hit “Ghosts and Goblins.” Additionally, the legend Deadmau5 is also making an appearance in it. Instead of skulls and bones, we can see the legendary mask.

The game is created in pixel-art. The base genre of it is a run and gun side-scrolling action platformer.

“Ghosts ‘n DJs” intends to be a parody to the current state of the EDM scene. It revolves around a parallel universe in which EDM music is being destroyed by ghost producers. These ghost producers try to make all music in the universe sound “stupid and the same”.

The game is currently looking for funding at Kickstarter and targeting a goal of 35,000 euros. You can test the Alpha version here.

The game releases on February 6. The game promises to keep EDM and gaming fans entertained, while adding lots of delicious music hits in it. So if you are a big fan of the original, of DJs and EDM music, and you really want to save the world from lame music, you should keep an eye out for this exciting new release featuring Deadmau5 that will have you dancing and playing hero for the EDM team!