Diplo, Damian Lazarus, & Jungle Team Up On ‘Don’t Be Afraid’
Written by BerangariaFranzen 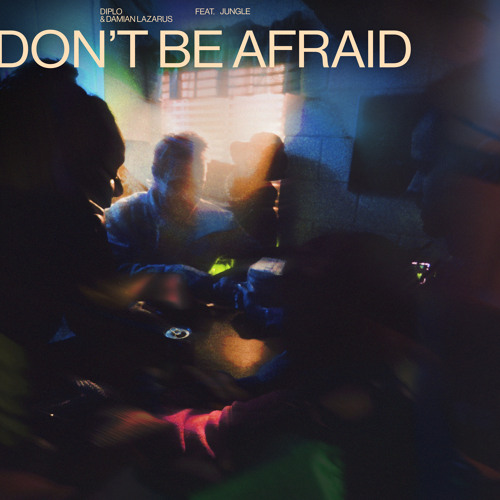 Diplo teamed up with Damian Lazarus and Jungle for his latest track, ‘Don’t Be Afraid,‘ out today via Diplo’s own imprint, Higher Ground. In addition, the team gifted us an accompanying music video, directed by Josh Lloyd of Jungle and Charlie Di Placido. Placido and Lloyd have worked together previously on several Jungle music videos, including ‘Talk About It,’ ‘Keep Moving,‘ and ‘Happy Man,’ among many.

The video showcases talented dancers performing choreography in an abandoned building. The song itself features a catchy melodic house beat, showing a complimentary collection of the artists building off one another’s skills.

“We met Diplo in LA a few years back and got chatting about working together. We sent him a few ideas that we’d been cooking up and he took a melody and worked it in this banger. We’re really happy everyone else can enjoy it now too.”

‘Don’t Be Afraid’ is the latest in a string of successful releases from Diplo’s house-focused Higher Ground label. We’ve seen April’s ‘One By One’ with Elderbrook and Andhim, and also March’s Do You Dance? EP, which included hit songs while featuring Sonny Fodera, SIDEPIECE, and Wax Motif.

Diplo finally announced a new album to be released this year on Higher Ground. This announcement comes after two experimental albums in 2020: his ambient album, MMXX, and country album, Diplo Presents Thomas Wesley: Snake Oil (Deluxe). There are no additional details on the new project just yet, but stay tuned!