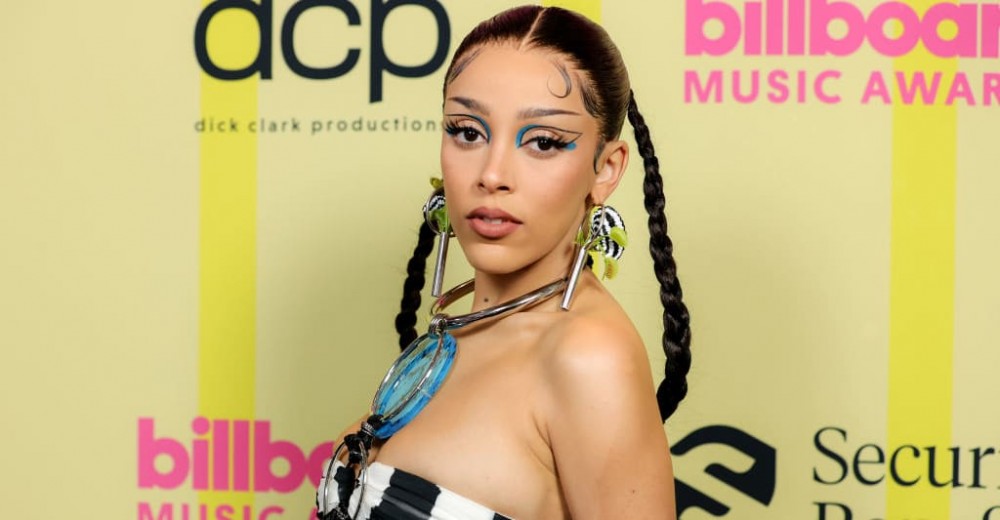 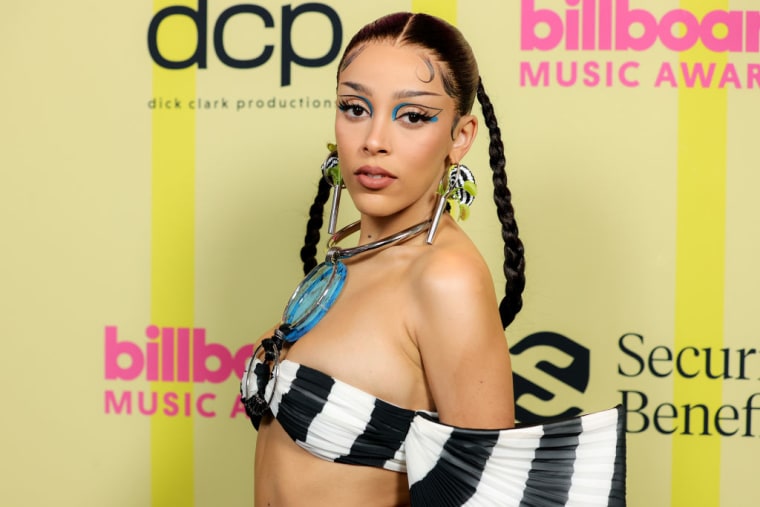 Doja Cat will release new album Planet Her on June 25. The album is Doja Cat’s first since 2019 breakthrough Hot Pink and will include recent single “Kiss Me More,” featuring SZA.

The album will include a number of guest stars, with The Weeknd apearing on “You Right” and Ariana Grande collaborating on a song titled “I Don’t Do Drugs.” Doja Cat has worked with both artists before, most recently appearing on a remix of Grande’s “34+35” alongside Megan Thee Stallion. Other guests confirmed for Planet Her include Young Thug and JID. The album artwork was shot by David Lachapelle.

Since dropping Hot Pink two years ago, Doja Cat has become a pop mainstay with multiple songs from the project going viral on TikTok. She has subsequently worked with Saweetie (“Best Friend”) and City Girls on “Pussy Talk.”