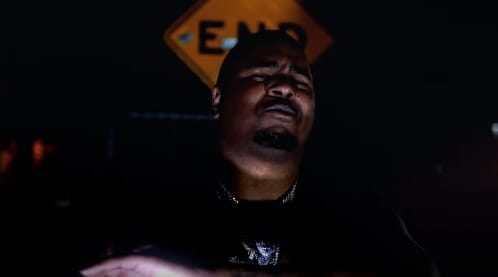 Drakeo the Ruler has dropped his first new music since being released from prison last week. “Fights Don’t Matter” arrived on Sunday, November 8, and will appear on an upcoming project titled We Know The Truth. Drakeo previously hinted that the mixtape will be out as soon as this week.

So NOW THIS WHEN EVERYBODY WANA BE MY FRIEND RIGHT ? Tape droppin next week BITCH !!

Writer and FADER contributor Jeff Weiss, who has documented Drakeo’s incarceration at length, said that “Fights Don’t Matter” came together very quickly. “Recorded three hours after leaving the Compton Courthouse — from scrawled lyrics written while caged in solitary to a video in 96 hours,” he tweeted.

Drakeo’s release from prison followed a years-long battle that began when the rapper was accused of being connected to the murder of 24-year-old Davion Gregory in Carson, California back in December 2016. Drakeo (born Darrell Caldwell) was arrested in January 2017. He was eventually acquitted of all murder and attempted murder charges last July as the result of a hung jury. Later that September, a Los Angeles District Attorney refiled charges of criminal gang conspiracy and shooting from a motor vehicle, igniting the possibility of a life sentence for Caldwell.