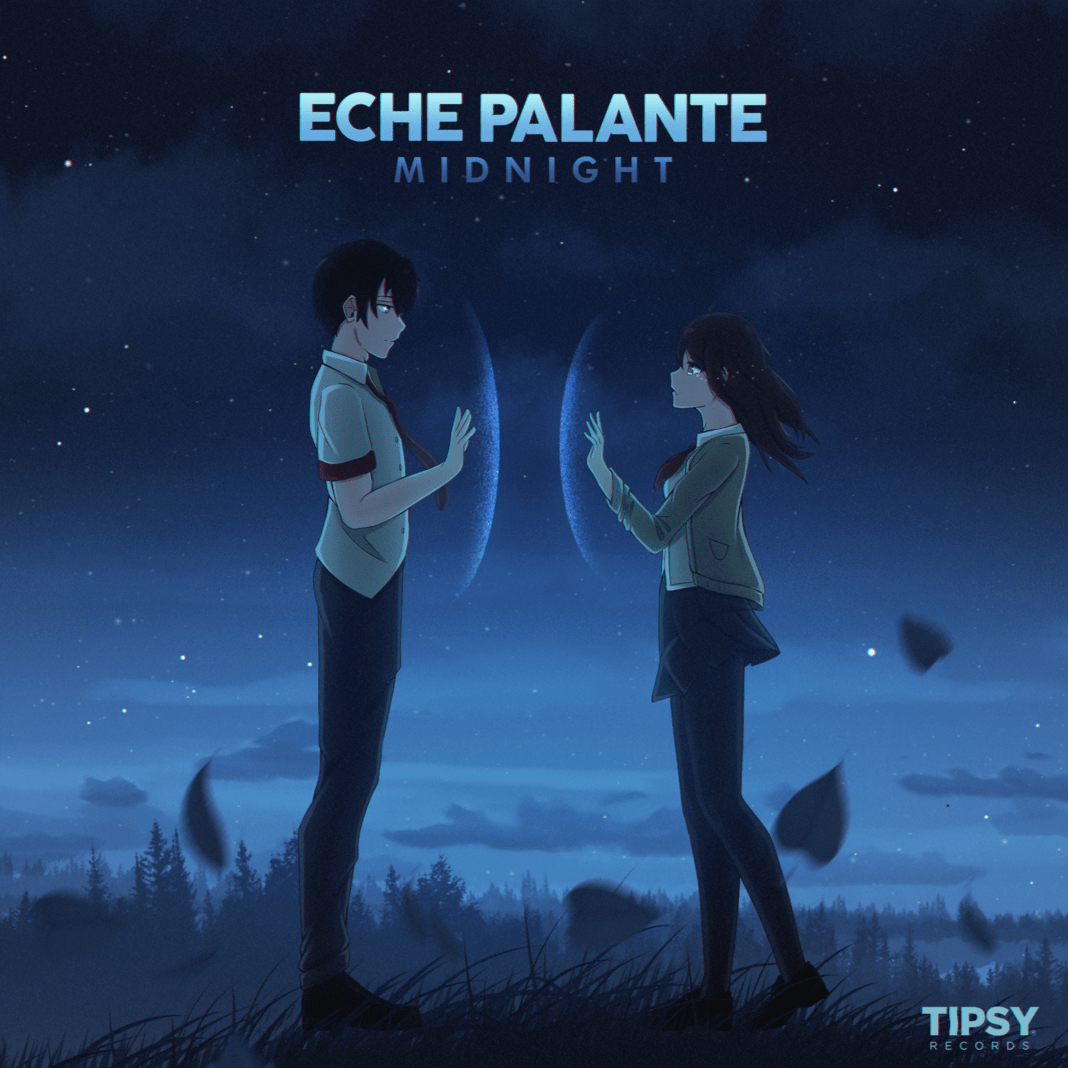 This past summer, Miami producer/DJ Eche Palante returned to making original music for the first time in a few years with the warm and inspiring Tipsy Records release “The Lonely”. To date, that song has acquired over 400,000 streams across platforms. Continuing on his mission to be a key part of the next generation of dance music with his own unique blend of early house, pop, and electronic dance music, Eche has followed up “The Lonely” with the luscious deep house track “Midnight”.

Returning for “Midnight” are the recognizable, expressive, and silky tones of Brandon Lehti. Pop open your favourite beverage alongside some delicious snacks by candlelight and let “Midnight” guide you into the wee hours with some dancing, romancing, and who knows what else!

“Midnight” is another remarkable, quality release for Tipsy Records. The label has now achieved over 65 million streams just on Spotify with tracks from its four-year catalog of breaking talent such as Alex Parker, Famba, bvdkult, Frank Pierce, MKJ, Nick Peters, Toniia, Flyboy, Giiants, Boye & Sigvardt, Dunisco and Toniia. The label has a highly tuned ear for its own brand of discovery in both underground and mainstream hits, to labels including Epic Oslo and Parlophone France, amongst others. Tipsy is currently flourishing in partnership with Florida based Symphonic Distribution.

About Eche Palante:
The only way is up for Eche Palante. He’s played the biggest and best dance music venues in Miami and has had his songs played by many performers at Ultra Music Festival. His music has been released by Spinnin’ Records among others, and he is currently signed to Universal Music Group and
MusicAllStars Publishing. Eche has been an established name in dance music during the last decade through his production and remixes, which have seen him land support from Tiësto, Oliver Heldens, ,
, and Sam Feldt. He continues to be very active on social media, where he has been offering regular performances online. Be sure not to miss Eche Palante on his socials!