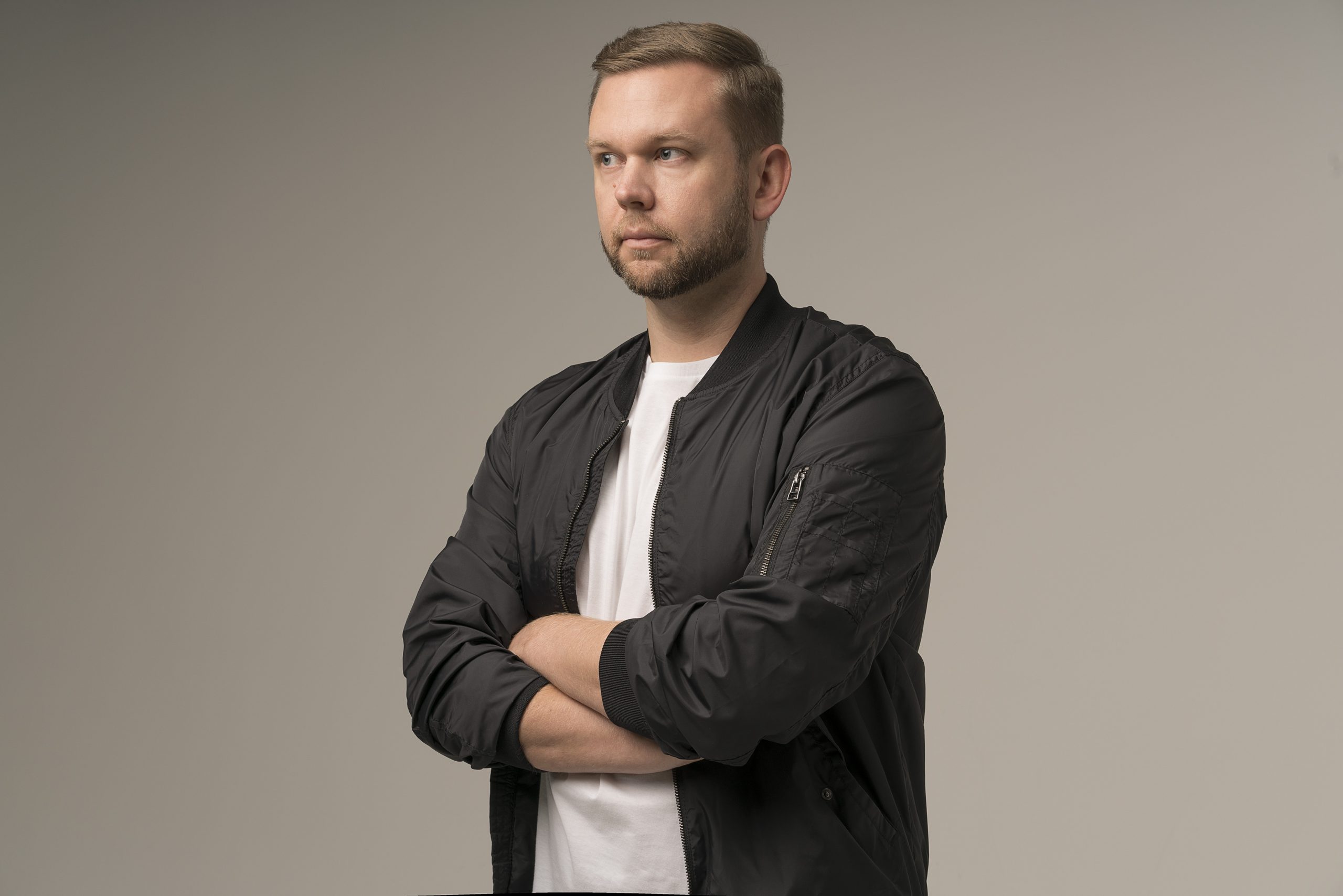 EDMTunes recently had a chat with Maro Music to talk about his latest remix with Skytech of ‘Hallelujah‘ by Stefano Pain & Andrea Serratore. Read on for all of the interesting tidbits we learned.

EDMTunes: You have a new remix out with Skytech of “Hallelujah” by Stefano Pain & Andrea Serratore. What went into that remix?

MARO: Ego Italy asked us to make a remix for Stefano and we immediately felt a disco-house vibe could go from it. We wanted to make a catchy, stepping bass and some old-school funk elements in it and it worked. It was a lot of fun making it and I hope it’ll have a great reception as it has a very cool summer vibe that’ll work on the beach as well as in the club.

EDMTunes: What did you find was essential in the original version of “Hallelujah,” that you wanted to preserve in your remix? What did you want to change?

MARO: The most important was the vocals. We kept the saxophone solo, too, as a nice ending to the track. The rest of the music was deeply reworked. I listened so much to the remix before we released it that I really do not really remember good how the original went. I always want to listen to the original as little as possible to make the remix stand-out and not get infected by the original parts.

EDMTunes: MARO, you and Skytech had another remix lately of Sanah’s “Invisible Dress,” a remix which recently went Platinum in Poland! Congratulations, guys. What was your reaction?

MARO: This was really awesome! The remix did very well in Italy, Germany and the U.S. We’re charting in Italy with this release and the song has been topping Shazam Italy a few times already. It’s amazing that together with Sanah and Skytech, we can show an all-Polish product to the world. That does not happen often, lately. The single is still in rotation, so who knows? Maybe we’ll grab a second Platinum record, soon.

Skytech: Yeah, MARO had received an offer to work on this remix from Sanah’s label. He offered me to jump on it and execute it together. I immediately agreed because I really felt like the record could use a refreshed version and would work perfectly with a stronger beat. It worked out pretty well!

EDMTunes: Anything you can tell us about your upcoming release together, “Lazy,” also for Ego Italy?

MARO: The track “Lazy” was lying around my studio for some time. I did it a few years ago with a very talented songwriter from L.A., but it was shelved on my hard-drive. One day when we sat with Skytech in the studio fooling around with some stuff, we started to throw demos at each other that we never went forward with. One of them was “Lazy.” He liked it so much that he took the stems home and we started to mess around with ideas how to make it a great song. It’s out late-July.

EDMTunes: What’s the chemistry like between you two in the studio? Are you friends from a personal standpoint, or is your relationship strictly professional? How did you meet?

MARO: Skytech is currently the most-known EDM producer in Poland, at least according to Spotify, and personally I really like his music. We met at a convention in Poland a few years ago and he asked me to make some mixes and masters for him. As time passed, we came to understand that we both think a bit outside our Polish ‘box’ and that we could show some more music to a wider audience. Over time, we became friends and we have a similar outlook on dance music trends. Our personal tastes don’t always match, and that’s a great thing. We jump in and out of different projects and meet back up to make our stuff as a duo.

Skytech: We usually want to go in the same direction with our ideas, which is a great starting point. This sort of agreement helps to build the ideas and further them. I feel like our sets of skills are very complementary, and that always helps to achieve better results. We live in different cities, so most of the time we don’t sit together in the studio. Rather, we send ideas back-and-forth through the Internet. It works, anyway!

EDMTunes: What do you do for fun when you’re not hard at work making music? How would your friends describe you?

MARO: Tough question. I’m a bit of an introvert, and right now, the best time is with my family. I think I’m a quite quiet and calm person who does not run his mouth. I’m a good observer and I like doing it. I value my personal space. That’s why I became a DJ, to have my personal space at the booth, to have a say about what I want to hear, and at the same time, to party.

EDMTunes: Without getting too technical, can you explain what you do exactly as a mix/mastering engineer? Why is high-quality mastering so important to the way recorded music sounds?

MARO: The classic approach is that a mix engineer is a person who takes your ready songs and tracks and elevates them to another level, takes care of the dynamics, makes sure the balance is right and that there are no basic faults in the craft. In short, he makes the song shine and become professionally ready for release. The mastering engineer, on the other hand, works on a ready file from the mix engineer and gives it the final polish to make sure the song meets the current loudness and frequency response standards. Nowadays, many engineers, including me, take a more holistic approach to the process and treat mixing and mastering as one process. I do mixes straight into my mastering chain. This way, I can hear immediately how the finished song will sound and I can work on the master and the mix at the same time.

EDMTunes: Can you name a couple of the biggest artists/albums/songs you’ve mixed/mastered professionally? Feel free to name-drop!

MARO: I have mixed/mastered or recorded quite a few artists from all around the world. Since I’m based in Poland, my paths have crossed with a lot of A-list artists here and throughout Europe; the list is growing literally every week. Of the international artists, I’ve had the pleasure of working with Redman [and] DJ Mathematics of Wu Tang Clan on some of their personal and Wu Tang projects, Sizzla, companies like Coca Cola and Absolut Vodka, TV programs like “The Voice,” interactive video games like CD Projekt Red’s “Cyberpunk 2077” and “GWENT,” among many others.

EDMTunes: How did you get into rap and urban music? What is it that’s so distinct and special about you that you think draws legendary hip-hop and rap artists to you as a producer and collaborator?

MARO: I’e always listened to a wide variety of music. One of my fascinations was always 1990’s hip-hop, especially the East Coast scene. I have a deep understanding of what hip-hop and rap artists are looking for; I understand urban music and I simply feel it. I do not have to adapt to the style. I have a lot of references in my head of what hip-hop and rap artists would expect and you just need to feel it to make it great.

EDMTunes: Skytech, think you’ll play your tracks (with MARO) out together once touring resumes full-speed?

Skytech: I met MARO around the time the pandemic started…when everything’s back, I bet I’ll play both of our songs together and his own productions, as well. MARO is a very skilled producer and engineer and he always delivers on the sound.

EDMTunes: MARO, you also have a long history of creating music for film and television. What are some of the TV programs and movies you’ve worked on? How is scoring for television different from scoring for film? Do you prefer one over the other?

MARO: I’ve worked on several movies, games, TV programs and hundreds of commercials. There is quite a difference when it comes to producing music and content for TV versus big [motion] pictures. You need to know how to treat the dynamics, predict how it will sound on particular devices, like a TV or a Dolby soundsystem. This can only be achieved by trial-and-error if you do not have a real soundstage to work on. Also, you need to know how to make space for eventual dialogues and their integrity, sound effects, and not overwhelm the video content. You need to work closely with the director and be sure you are not “taking over” the project with the music and sound. In the end, you are complementing the scene if nothing else is intended. You need to keep in mind that you are a small part of a huge machine that is video production, and that you need to cooperate with all the people and correspond to all changes and stages until the final cut.

EDMTunes: Any plans for the two of you to tour together?

Skytech: Sure, once we have some more songs out together, it would be cool to go play a couple of shows together.

EDMTunes: What’s next for MARO?

MARO: I’m constantly producing music for A-list Polish artists. Beside this, I will release some singles and remixes with other international artists. The most important project is still to come later this year. I’m finishing my own audio musical with amazing guest artists from all around the world. Prepare for quite an intriguing, futuristic story with a lot of captivating guests. I need to keep some things secret to make it a surprise, but what a surprise it will be. At the same time, I host two weekly radio shows: one called Addicted To Music, which you can hear on Dash Radio’s Electro City throughout the U.S., and on Radio Eibiza and Eibiza2 in France and Ibiza, Spain; and Bass Face on Radio Kampus Poland.