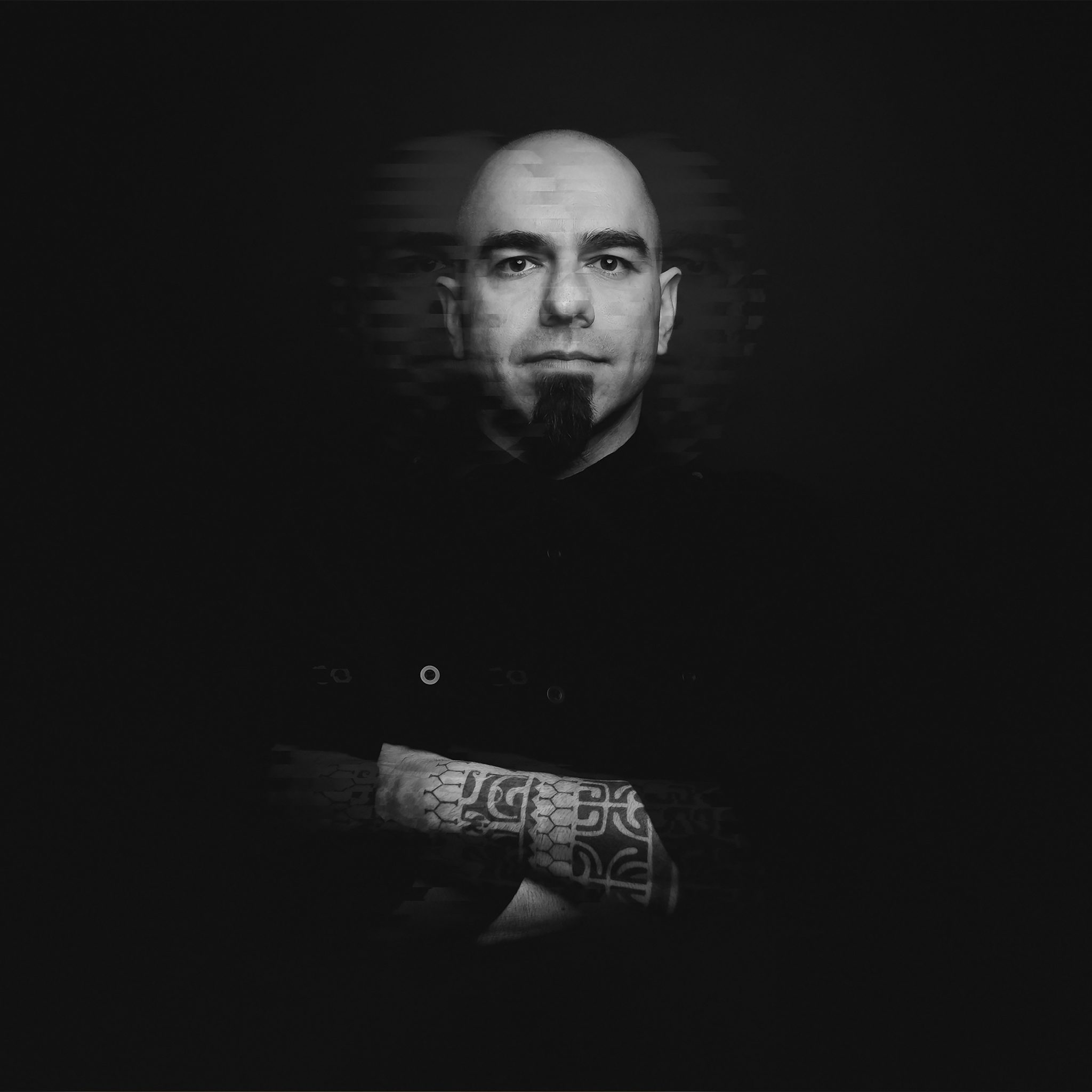 For the latest in our new talent series, EDMTunes sat down with rising star Saeed Younan to his latest album, upcoming music, and more. You can check out the full interview below.

EDMTunes: You’re about to release your full-length artist album, Morph (Younan Music), congrats! The pandemic has caused pretty much everyone, from all walks of life, to do a reset and re-evaluate their lives in sometimes uncomfortable ways. Can you take us through your process behind this album? What do you hope to convey with this album?

Saeed Younan: My main objective was to give listeners something unique and different on this album. It was truly a labor of love and a way into my mind. I composed the album of genres I enjoy, from the obvious techno and house tracks, to some electronica, hip-house and reggae-style vibes, to chillout and drum-n-bass soundscapes. A little bit of everything I love in music.

Saeed Younan: I didn’t write MORPH for money, numbers or hit singles. I wanted to write an art record. I find the value in writing a full-length album the same way a painter, a sculptor or an architect sees value in complete pieces of art. There is beauty in releasing a full-length album: you give your listeners a chance to hear what you can produce that you normally can’t do with dancefloor singles. An artist album approach is very similar to the Back To Mine [mix compilation series] mentality. You are bringing listeners into your life showing them the different music you make and enjoy. An artist album is a very personal project. That’s what makes it so special, compared to a single or an E.P.

Saeed Younan: The Deepart Project evokes departure, departing from the norm, going deep into the art form of music while seeking a state of higher living. I created the alias as an outlet to produce and release music for yoga, meditation and positive living. Now that I’m getting much older and wiser, meditation and breath work, along with some yoga, has become a big part of my daily routine. I love producing soundscapes for myself and for people to enjoy while doing those activities. I always start my day with some form of meditation and end the day with either a walking meditation on the trails near my house or some light yoga before bedtime. It’s definitely helped keep my life balanced from the heavy touring, parties and festivals.

EDMTunes: The sudden and total shutdowns due to the pandemic felt like being in a jam-packed nightclub with the music pumping and hearing a scccccccratch! when the needle’s ripped off the record, followed by silence and then chaos. That’s what the shutdowns felt like to a lot of people in the EDM scene, maybe more acutely felt to the younger, still-single club-goers who had their 2020 festival season torn from their arms. Now, as the world gets vaccinated and life’s gradually opening back up again, it feels like someone’s timidly putting the needle back on the record and the song is slowly getting back up-to-speed again. Do you think this is when there’s a total “reset” of the club & festival scene? Do you ever think we’ll go back to mega-festivals with a gazillion watts of lights and effects where everyone seems to be aiming for “bigger the better”? Do you think mainstage DJs who play “EDM” (the style, not the overall genre meaning “electronic dance music”) and get paid obscene amounts of money are a thing of the past, pre-COVID19 world?

Saeed Younan: Good question. I think the pandemic “trimmed the fat,” so to speak. A lot of so-called DJs who were doing it for the wrong reasons — fame and money — have decided to move on to something else, since they couldn’t be in front of an audience fueling their egos. I strongly believe most of the purest at heart DJs and producers stuck through and pushed on, to better themselves in the studio during the lockdown and improve their DJing skills. Hopefully, they also sharpened their music business skills. Because, you definitely need to have both, these days. You can’t be a great musician without a good understanding of how the music business works. I also think we will go back to big festivals and big events again, soon. My only concern is, did humanity learn anything from this pandemic? Or are we just itching to go back to business as usual? There was a big lesson to be learned here from, but unfortunately I think most of us missed the warning signs, again.

EDMTunes: Globe-trotting DJs had a perspective on global citizenship broader than the average American, in general, and you’ve been quoted in the media as considering yourself “a citizen of planet earth.” Can you talk about your worldview a bit? How does your worldview inform the music you make?

Saeed Younan: Traveling around the globe has opened my eyes to many things. The good, the bad, the creativity and the struggles. Touring has taught me more about the world than my entire high school and college education combined. One of my last trips before the pandemic lockdown happened, I had to fly from Washington D.C to Tokyo, from Tokyo to China, China to Russia, Russia to Egypt and finally from Egypt back home to D.C. I literally circled the entire globe in about two weeks’ time. It was crazy and eye-opening at the same time. To jump from one culture shock to the next, literally overnight, was something else. Sometimes I just have to stop and give thanks for how fortunate I am to do what I do and to be doing it for well over two decades.

EDMTunes: Do you feel like this is the time when house music – in all its glorious sub-genres – is allowed to flourish and really take root with the newest generation of dance music fans? An opportunity for house music, that perhaps, house DJs/producers weren’t afforded pre-pandemic?

Saeed Younan: Only time will tell. If a newbie decides to explore that route, the vehicle is always there. When it comes to dance music, everyone starts somewhere, it’s up to the individual if they like to dive deeper and learn the history and the roots of this music that we call house. That was one of the ways I discovered house music back in the late-80’s/early-90s, with hip-house.

EDMTunes: Please take us through three tracks from your album, Morph, that you feel are the most distinct and yet still represent the album overall. What’s the story behind each of these tracks?

Saeed Younan: It’s hard to just pick three tracks out of the 13. Each track is special in its own way and has its own story to tell. Let’s go with these three for now:

“Church of Bass” is a collaboration I did with artist Sankuh, featuring vocals by Born I, who is also a Washington D.C.-based hip-hop artist. The song is a nod to hip-house, where my roots for dance music were truly established.

On “Exist” featuring Robert Manos, who is a prolific singer/songwriter, I decided to get more playful with my instruments. It’s a unique take on different genres and sounds working together in one song. “Exist” has elements of reggae, minimal, deep, almost gospel vocals, with a wild West-inspired guitar riff that I time-stretched, among other interesting sounds.

On “Buddhi,” I went deep into the forest for field recordings. The background sounds you hear on “Buddhi” are all real nature recordings. I did this between the hour of 5 o’clock in-the-morning, when the sun was about to rise and all the little creatures started to awaken. “Buddhi” means a transpersonal faculty of mind higher than the rational mind that is translated as ‘intuitive intelligence’ or simply, ‘higher mind.’ This track is all about sense awareness.

EDMTunes: I’m fascinated by “Buddhi,” a track you said represents the conflict we humans have with our environment. You said we’re all responsible for environmental destruction. What would you like to see done differently in the next five years towards this goal?

Saeed Younan: I would like to see more awareness in how and where events are hosted, especially outdoor festivals and/or jungle parties. We have to be mindful of delicate habitats, especially the nocturnal ones. Most importantly, we have to respect mother nature and the balance that keeps us all alive.