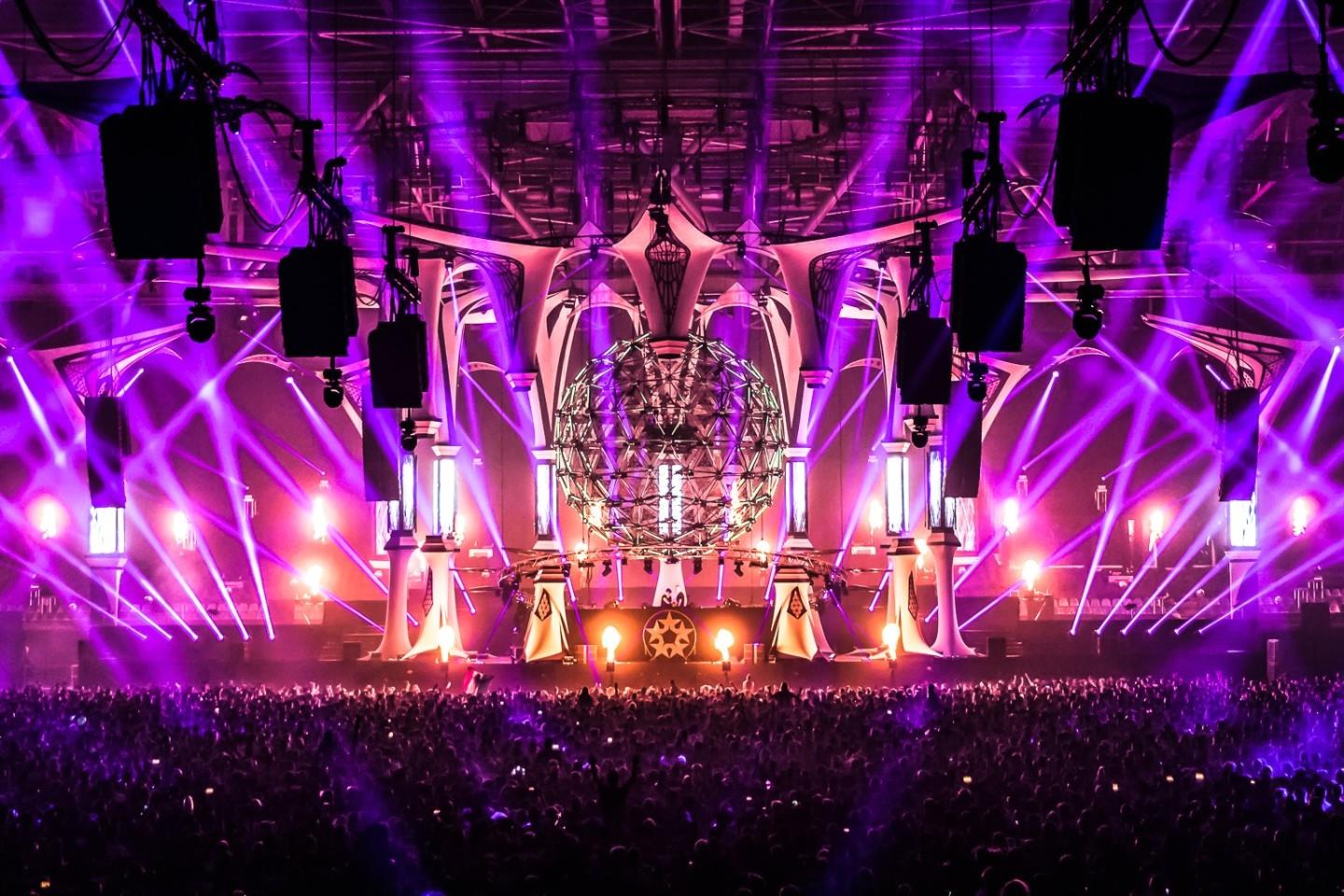 As every year, the EDM Tunes team chooses the best tracks of 2020. Among more than 10,000 tracks that appear daily on Beatport and free download, we managed to get the Top 20 Tracks of 2020 that defined this chaotic year. They captivated the hearts of many fans, and also made this year without festivals or concerts more bearable.

This pandemic has put us in a time and place to value what is really important for us. It has made us face the dilemma of not having parties, events, concerts, things that made life more pleasant. At the same time, we are daily faced with our inner demons, who have increased, decreased, or remained stable, but we cannot completely ignore them because live music is not there.

Fortunately, there is a sector that never stopped even though everything else stopped and that is the music. Every year, regardless of the circumstances, there are new artists who begin to captivate us, the consolidated ones leave us great songs to continue enjoying, and new ways of enjoying what we like the most emerge.

2020 was no exception; Emerging artists gave us magical moments, established artists surprised us with experiments that sound great, and new ways of enjoying music became more noticeable and bigger. and singles throughout the year.

This is starting to get boring, so let’s stop putting filler on and get started with this count of the songs that marked 2020. Featuring artists of various genres and styles, such as Tchami, Camelphat, Lane 8, Madeon, Ver:West, Deadmau5, and many more.

One of the first releases of the year which really caught my attention. CamelPhat has that sweet spot that nails mainstream house with a more underground vision for some perfect results. It is impossible not to get lost inside their mesmerizing patterns and worlds of sound. And ARTBAT? Well, no words can describe just how complex their work is. This fusion really took the complexity of designing enveloping dance music to another level, transporting your mind and senses into a new reality. Hopefully, 2021 will be filled with work from both these duos, and we’ll be there to enjoy it!

Then again, 2020 had some really bad moments. Some really down moments. And for those moments, we had Illenium. However, people still wanted to cry while being able to rage. And so, Illenium & Excision‘s collab ‘Feel Something‘ came to light. Mixing those sad boi feels with the unique dubstep headbanging sound Excision delivers and adding some metal vocals really made this one an instant fan favorite. Hopefully, 2021 will be the year we get to experience these new tracks and more on a sweet new edition of Illenium B2B Excision.

17.- Above & Beyond Feat Zoe Johnston- Reverie

Is there a project as complex, and altogether beautiful as Above and Beyond inside the EDM industry? I highly doubt it. Their music perfectly defines the best side of trance, in my opinion at least. The recovery senses each one of their tracks gives is just breathtaking. In 2020, Above and Beyond saved us. Putting us in a state of ‘Reverie‘, which means happiness and relaxation, the group let us know that, no matter what we face, we will always be together, and sooner than later we’ll hold hands together, as we used to.

One of my favorite tracks of the year. Sofi Tukker teamed up with British duo Gorgon City to bring one of the biggest, quarantine anthems to us. Nothing but exquisite house music royalty. The perfect fusion between the brass sounds that dominate today’s tech-house industry and the classical deep house melodies Gorgon City is known for. ‘House Arrest’ definitely nailed the year. To top it all up, Sofi Tukker reunited their “Freak Fam” and put together one of the most unique videos we’ve seen.

After a huge release of his album ‘’, French Producer and DJ Madeon surprised fans with the long-awaited track ‘The Prince’. Originally thought to be included on Good Faith, ‘The Prince’ stands alone with its darker vibes and mixed vocals. After first hearing the track at Porter Robinson’s Secret Sky Festival, we’re glad this track made a release in 2020.

Our list wouldn’t be complete without including Kölsch. ‘The Great Consumer’ had Kölsch’s signature touch and was an instant hit this past summer. Despite not being able to hear this track live, Kölsch was able to play it during several live stream events, including this summer’s Tomorrowland Around The World Festival.

Lane 8 and OTR’s ‘Shatter’ is just the track we needed this year as it’s calming vibe and airy vocals take you into another world. It stands out as one of the shorter length tracks on the list, but it’s definitely worth a listen or two.

This Tale of Us remix brought a super interesting twist to Cubicolor’s ‘Wake Me Up’. The vocals in this song are elevated to a new level behind the signature Tale of Us sound. It’s the perfect balance that made an already amazing track so much better.

French future house producer Tchami brought us something fresh and new with his track ‘Praise’. This time Tchami linked up with Georgia rapper, Gunna to create a fun and vibrant song that’s guaranteed to get your body moving.

This year was the ideal moment for alternative projects or experiments with genres such as house or techno. In Tomorrowland Around The World Tiësto presented his alter ego VER: WEST focused on what he calls “melodic House” alongside his first single ‘5 seconds before sunrise‘. The song introduces us to a melodic house-techno world that makes a good allusion to the moment before sunrise, without a doubt one of the best tracks of the year.

RÜFÜS DU SOL confirms their enormous ability to enhance the original essence of a track while giving a unique twist with their remix to ‘No Time‘ by Last Lings. The song makes a contrast between velvety synths and hard hits on the percussion, which makes for a unique experience when listening to this piece of music.

If there is one artist in electronic music that everyone sets their eyes on when releasing something, it is certainly Deadmau5. Bringing to 2020 the characteristic vibes and melodies of his songs from the early 2010s, ‘Bridged By A Lightwave‘ deserved all the attention and more since it was a fantastic production that delights the ears of any fan and not so fan of his music.

2020 was also the year in which many producers showing their softer and more melodic side. The American DJ and producer i_o wanted to close his 444 project with the release of a more sentimental EP. The result of this desire was ‘Annihilation‘ a deeply melancholic song with the incredible voice of Canadian singer Lights and apparently the vocals of i_o himself in some parts. One of the best for this strange year.

6.- Porter Robinson- Get Your Wish

Porter Robinson delights us at the beginning of this intense 2020 journey with his first solo single in six years called ‘Get Your Wish‘. At the same time it offers us the freshness and beats with which the DJ and producer always captivate us, it is a story of someone dealing with depression and the way in which he thankfully came out of it. Unbeknownst to us at the time, the track technically became the 2020 message.

Love is hard, especially in 2020. Rezz & Grabbitz dropped a brilliant heartbreak track, ‘Someone Else‘, that highlights the very complex concepts of infidelity, and change over time. Grabbitz’s candid lyrics and Rezz’s brilliant sound make ‘Someone Else’ a track anyone who’s been heartbroken can resonate with.

Lane 8 and Kasablanca brought their best this year with ‘Run‘. A dramatic, romantic, and uplifting track, ‘Run’ features warm synths that almost transport you into another dimension.

You can’t go wrong with Above and Beyond. And this year, they really pulled through with their version of the 1987 New Order classic ‘Blue Monday‘. It’s true to the original and maintains the iconic 80s vibe, but shifts into this final drop that can only be described as pure magic.

If there’s one good thing to come out of 2020, it’s the release of ‘Nopus‘ by Eric Prydz. It made its first appearance at EDC Las Vegas in 2016, and we’ve been waiting ever since. The 2020 release of the out-of-this-world track includes a three-minute version, a seven-minute extended version, and a music video.

And here is our number one, the demonstration that classics, good music, and 90s vibes are always alive. i_o released this classic trance track just days before his untimely death. Garrett’s rendition of the 90s version by Ian Van Dahl is infused with the classic techno style that’s attributed to i_o’s incredible artistry, making it truly memorable. Perhaps its the peak nostalgia, perhaps its a fitting memorial to a rising star lost too soon, but this track was the most loved by our team in 2020. Congratulations Garrett!